You are here: Home / Business / With Big Story, Longstanding Bend Bookstore Gets a Sequel

Big Story owners Josh and Heidi Spencer are hoping they can finally live that bookstore owners’ elusive dream: actually having time to read. 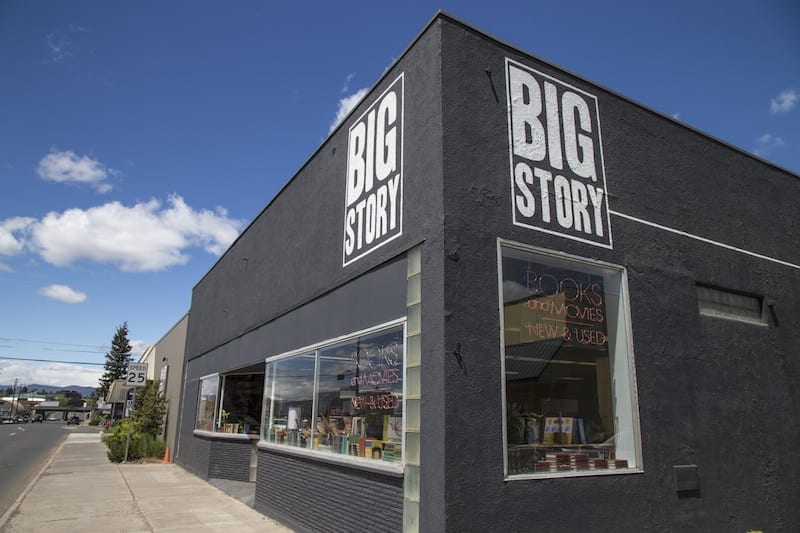 Big Story is on the corner of Greenwood and NE 3rd Street in Bend.

The Bookmark, the longstanding used bookstore on the corner of Greenwood and Third Street in Bend, is getting a sequel. Josh and Heidi Spencer, who live in Bend and own the iconic The Last Bookstore in Los Angeles, bought The Bookmark in February, renovated the building and renamed it Big Story. 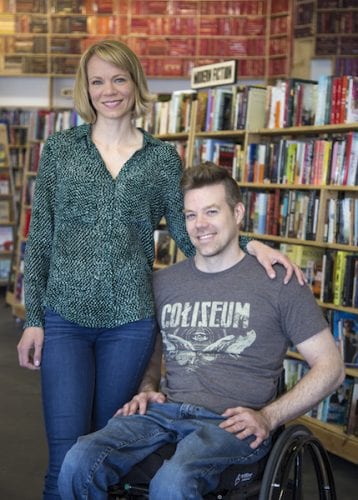 With Big Story, the Spencers are hoping they can finally live that bookstore owners’ elusive dream: actually having time to read.

Heidi and Josh are married with two small children. Though they moved to Bend two years ago, Josh still spends a week in L.A. each month at The Last Bookstore. The two didn’t have plans to open a bookstore in Bend until The Bookmark came up for sale. Josh described buying the used bookstore as “a little challenge for me to take on.”

Beginning in February, they began renovating everything, including the shelving, by hand. “That means something to us,” said Heidi, “to create something that we want to be in.”

The Spencers are also dedicated to building a community with the bookstore, hoping to keep the previous owners’ loyal customers coming in to buy and sell books. “People have been very open to the changes that we’ve made,” said Heidi.

Big Story is the second independent bookstore that has opened in Bend within the last year; Roundabout Books opened in NorthWest Crossing in the fall. But Central Oregon isn’t the only place where bookstores are having a renaissance. Despite competition from Amazon and e-readers, indie bookstores are thriving across the United States. Between 2009 and 2014, independent bookstores rose by 27 percent, according to the American Booksellers Association. 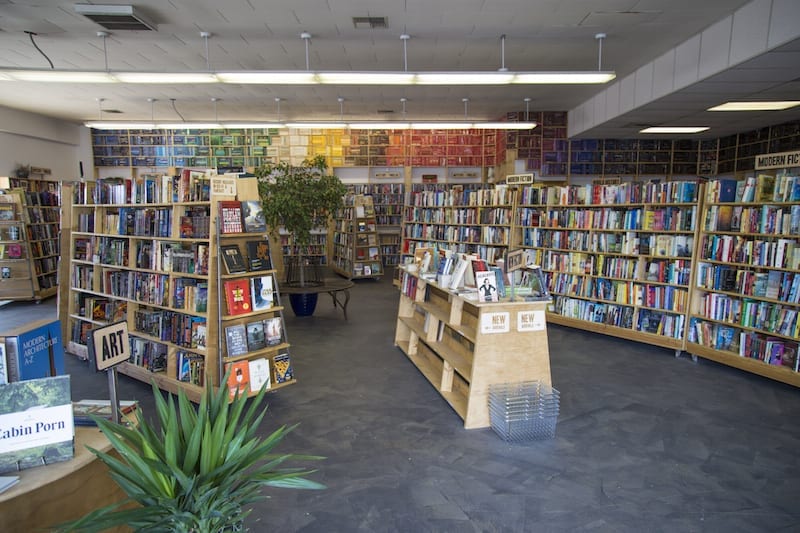 The Spencers made all the shelving by hand for Big Story.

Big Story is a new chapter for the Spencers. “It is a challenge,” said Heidi. “It’s a real juggling act,” she continued, referring to their challenge in figuring out how to run this bookstore versus their L.A. bookstore, which is a cultural destination in the city as the largest new and used independent bookstore in California (by square footage and the number of books sold). “Our heart is to be a local, independent bookstore,” she said.

“It really is a family-owned, family-run business,” she added. “[Big Story] is this manageable, fun thing in a small community.”