You are here: Home / Food & Drink / Everything Old Is New Again at Casad Family Farms

Casad Family Farms is changing the idea of a sustainable cut of meat. 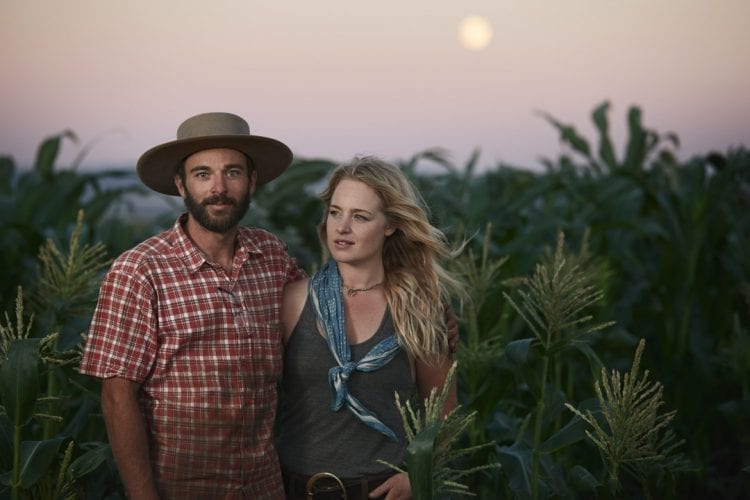 When he managed Juniper Jungle Farm in Tumalo, Chris Casad would lift a single potato up to ten times before the spud made it into a consumer’s hands. At that small farm, working on a manual scale, he said his team felt like ants working overtime shifts.

It’s one of the reasons that Casad had dreams of farming on a larger, more efficient scale.

“Now we’re starting to become sophisticated ants,” he said from the hay barn of his new property, Casad Family Farm. He gestured toward the tractors, conveyor belt and trucks that are employed in his current operation, which has helped him boost output without sacrificing a commitment to sustainable harvests. The equipment helped the farm produce ninety tons of potatoes this year, with the majority going to supply French fries for salt-craving beer drinkers at Deschutes Brewery, his primary wholesale client.

Ag of the Middle

Casad Family Farm sits in what locals call “the plains” between Madras and Warm Springs, a location that is 1,200 feet lower than the Tumalo farm. The elevation drop was strategic, lengthening the growing season. Down there in the plains, most farms sprawl more than 1,000 acres. Casad Family Farm, at eighty-five acres, falls into a disappearing sector of midscale farms that are neither agricultural commodity scale nor the direct to consumer model. Part of the reason for this vanishing middle is lack of affordability. Casad’s parents made his purchase possible by selling their Bend home to invest in the business, prompting the Casad Family Farm name to reflect the multigenerational venture.

Casad used his seven years of farming experience to make this shift from boutique to midsize farming. It was a calculated risk based on the belief that a blend between wholesale and direct to consumer sales will be profitable if done with care. The security of having a major Deschutes Brewery contract allows Casad to continue farming in line with his principles: Grow organically. Respect the soil. Give farm animals a free range and stress-free life.

Casad’s fiancé, Cate Havstad, took the leap with him. She now puts her successful custom hat making business, Havstad Hat Company, on hold during the agricultural high season to focus on working the land. There among the high desert landscape, Havstad said she enjoys the grounding physicality of the work. The setting even inspired a line of Havstad hats dyed with natural flora found in the plains, such as sage.

Waste Not, Want Not 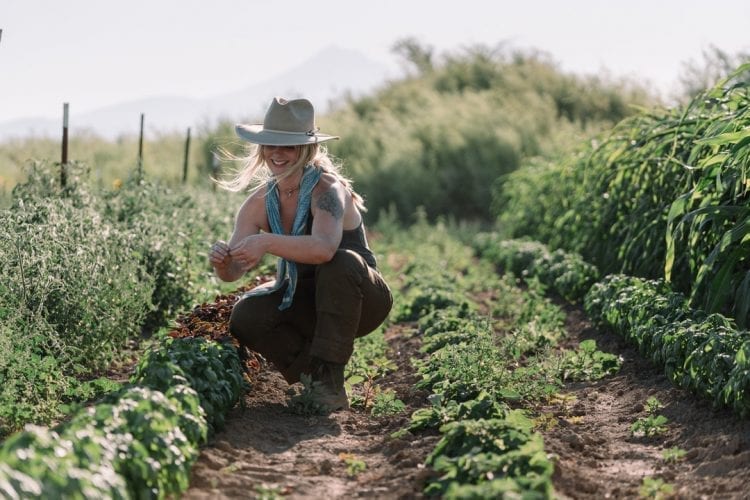 Each time Casad establishes a ten-to-twenty-acre plot for an annual crop (such as garlic or potatoes) on the property, the plot joins the larger rotation cycle, which avoids the stress created by the standard monoculture approach where one or two crops are rotated annually. “In an organic system, we need five to seven years after harvest to rotate each plot until we plant that crop again,” said Cascad.

Between crop cycles, the farm’s hogs and cattle roam the plots, promoting soil fertility. Growing cover crops, such as mustard, further improves soil health. When tilled into the soil, the cover crops act as an organic sterilizer, neutralizing fungal diseases that are naturally produced in soil. Perennials, such as hay, feed the livestock and provide another revenue stream. Casad Family Farm is one of the only farms in Central Oregon selling USDA-certified organic hay.

“There’s no waste ever here and that is important,” Casad said. “Not having to import, and feeding animals only with grass and hay from the farm, are fundamentals of biodynamic practices.”

All pigs and cows are slaughtered onsite, something that prevents Casad from obtaining a USDA label for the meat since there is no USDA-certified mobile butcher in Central Oregon. That’s a trade-off that they are willing to make to honor the principle of keeping their livestock on the farm for the animal’s entire life cycle.

“Our hogs and cattle live in a pasture their whole lives, roaming free and eating organic, pesticide-free food,” Havstad said. “They shouldn’t then be shoved in a trailer and sent down a highway for slaughter. Instead, they are just living another peaceful day in their life and it happens to end. It’s just the right way to farm.” 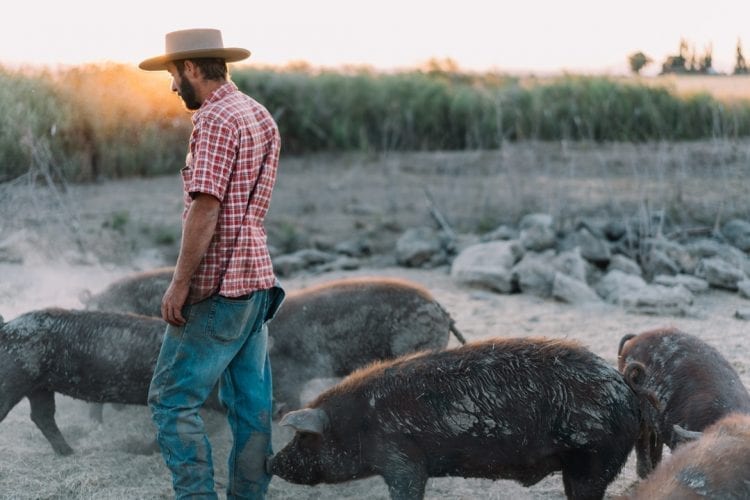 After all the planting and tending and harvesting, what’s left is just a matter of bringing the food to the people. Local distributor Agricultural Connections has helped connect mid-size farmers with restaurants and consumers. Parker Vaughn at Jackson’s Corner, Anna Witham at 1-2-3 Ramen and Brian Kerr from Deschutes Brewery are members of a growing contingent of local chefs who Havstad said are committed to bringing local foods to a larger audience. What is still lacking are larger-scale cold storage and distribution methods to supply bigger institutions, such as hospitals and schools, with local food.

Organizations like the Central Oregon Intergovernmental Council are working on solutions that will address some of these infrastructure deficiencies. In the meantime, farmers like Casad are continuing to develop their niche at a sustainable scale based on an increasing demand for locally grown food.

“Mills and processing facilities are gone here,” said Casad. “We can practice good regenerative farming and create a good product, but the system in which you sell your product needs to help get it into the hands of local people.” Whether that happens this year, next year or sometime farther down the road, isn’t yet clear. What is clear is that the seeds of sustainable harvest have been planted at Casad and across Central Oregon.