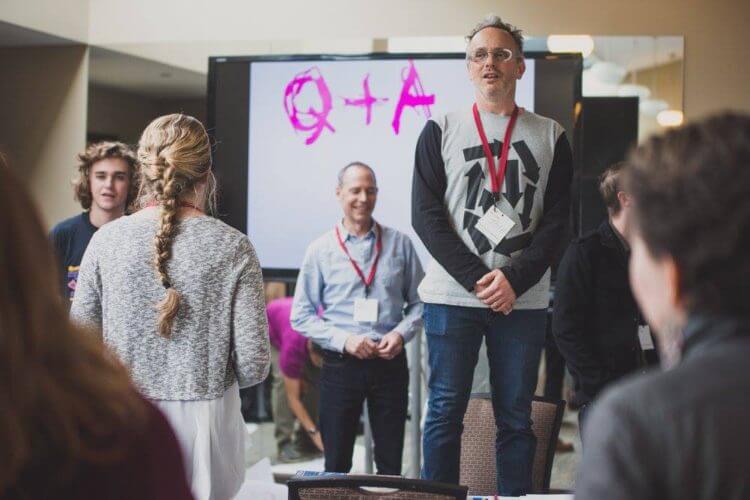 Though locals and visitors alike once knew October as a quiet month in Bend, Tenth Month changed that this year. The once loosely associated roster of gatherings that constitute Tenth Month have emerged as a cohesive, must-see lineup of film, design, marketing and business events.

Almost every day of the month, Bend was filled with entrepreneurs, filmmakers and creatives. Conferences and festivals like BendFilm, Swivel Digital Marketing and Bend Design and Bend Venture Conference anchored the month, while events like the unConference, Venture Out and TedxBendWomen rounded it out. All independently organized, the conferences, events and festivals were brought together by the Tenth Month team to celebrate the people who are making a difference in Bend and beyond.

Tenth Month by the Numbers

3,755,000: Number of dollars awarded to companies at the Bend Venture Conference between October 12-14, hosted by the Economic Development of Central Oregon. The funding set a record for angel conferences in the state.

6: Number of women who pitched (out of 15 presenters) at the Bend Venture Conference.

3: Number of people who moved to Bend within the last 6 months specifically for the chance to compete for funding at the unConference, an event created by Startup Bend and Tech Alliance of Central Oregon for startups founders to pitch their ideas in three minutes or less and compete for funding.

25: Percent of Bend Design Conference attendees who live outside of Central Oregon

7,600: Number of seats filled during BendFilm

8: Number of short films shown at BendFilm made by Oregon filmmakers.

Share This Article
« School of Knocks
Supporting Families in Crisis »