If Ellen Waterston had her way, the title of her new book would be “High Centered.” Like a truck stuck on a hardened mound of mud on a desert backroad, sometimes we must push ourselves back and forth on both sides of an issue to figure out how to move forward. 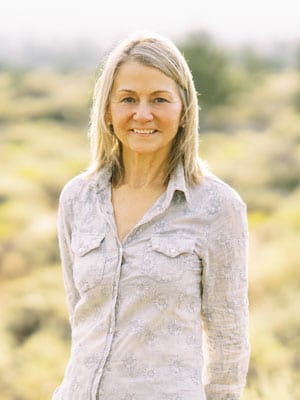 Waterston, an Oregon poet and author with a long history of writing about the high desert, likes a metaphor. But her publisher, University of Washington Press, decided on something more straightforward. Walking the High Desert: Encounters with Rural America on the Oregon Desert Trail was published June 17. The literary nonfiction book chronicles her journey on the 750-mile Oregon Desert Trail, documenting the people, places and issues that she encounters along the way.

This is Waterston’s seventh book and the most journalistic endeavor of her published titles. Her earlier books are memoirs or poetry collections. But land and place and the meaning of it all is a common theme throughout her writing. For Waterston, any person, especially a writer, cannot escape the nuances, details and meanings of where they plant roots. Of tackling this book, a travel memoir that also reckons with Oregon’s divided politics, she said, “It just wouldn’t go away. I just needed to do it.”

Waterston came from New England, then found ranching in the eastern part of the state. Now living in Bend, she works as an advocate for emerging writers, Oregon’s literary world and for Oregon’s public land. She started the Writing Ranch in 2000, a series of workshops in remote locations designed to pull out everyone’s inner writer. She was the executive director of PLAYA at Summer Lake and is an instructor with Fishtrap, a writing conference in Joseph, Oregon. She has an honorary Ph.D. in humane letters from Oregon State University Cascades, is a two-time WILLA Award Winner in Poetry and the winner of the Obsidian Prize in Poetry. She founded the literary nonprofit Nature of Words, and six years ago, founded the Waterston Desert Writing Prize. 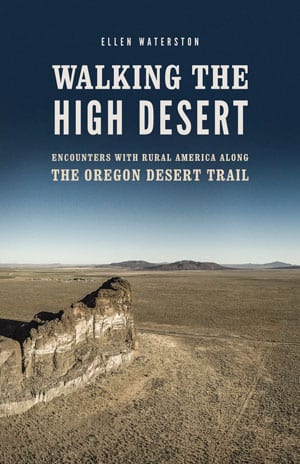 She’s also supporter of the Oregon Natural Desert Association, although she doesn’t agree on all their points. But that connection drove her to the idea to hike the ODT and write about it. “In the simplest sense, I have a background as a rancher and a ‘townie,’” she said. “I am sensitive to both the perspective of those who live and work the land versus those who are more consumers and also environmental perspectives.”

For Waterston, the place that has shaped her the most, that has called her onto its trails and into its small towns and beside its people, is the Oregon east of the Cascades. “It’s the sequence of the places we live that make up the chapters in our biography of place,” writes Waterston in her newest book. “The high desert is, without question, my longest chapter.”

Readers of Oregon’s local history, advocates of the environment and high desert dwellers on the left and right side of the aisle will connect with this book. In Waterston’s classic voice that imparts her immense research while speaking to readers like a friend, Walking the High Desert is an important addition to Oregon’s literature about place. She paints rural life without patronizing it, and earnestly fights for preservation without sacrificing the realities of rural subsistence.

In the end, she may not have gotten the title she wanted, but she said that the book overall, “has been a wonderful experience for me as a writer.” Though, she still thinks it should have been called “High Centered.” “I think it’s apt because when we see things truly, it’s hard to take sides,” she said.