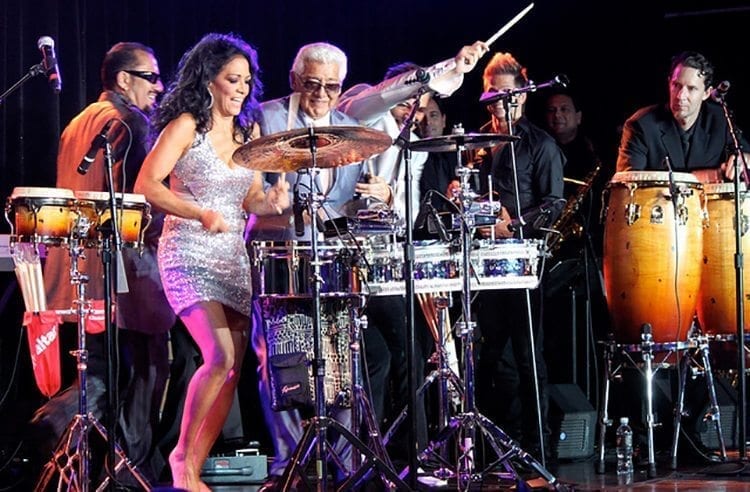 The dynamic father-daughter duo will energize Latin jazz fans February 12 at the Tower Theatre as part of the BendBroadband Jazz at the Oxford series.

Sheila E. is considered one of the best female drummers in the world, according to Patrick Lamb, a Portland-based Billboard-listed singer and saxophonist who books groups for the Oxford. “Sheila and her father are world-class musicians who bring extreme depth in jazz and entertainment,” he said, adding that Jazz at the Oxford “is bigger and better this year.”

Sheila E. has recorded and toured with such musicians as Prince, Lionel Richie, Diana Ross, Stevie Wonder, Natalie Cole and Ringo Starr. Pete Escovedo was part of the Escovedo Brothers Latin Jazz Sextet when Carlos Santana hired Pete and his brother, Coke, to play with the band. Today, Pete leads an ensemble of musicians from Los Angeles and the Bay Area who mix Latin rhythm with jazz, R&B and funk. “It was a coup to get these musicians,” said Ben Perle, regional vice president of operations for the Oxford and a jazz enthusiast. He said this concert will be the first in the series to be held at the Tower, due to the orchestra’s large appeal.