You are here: Home / Adventure / Firefighting of the Future

From watchtowers staffed with people with binoculars to today’s thermal detecting drones, fighting wildfires has evolved into a deeply researched, complex technological operation. 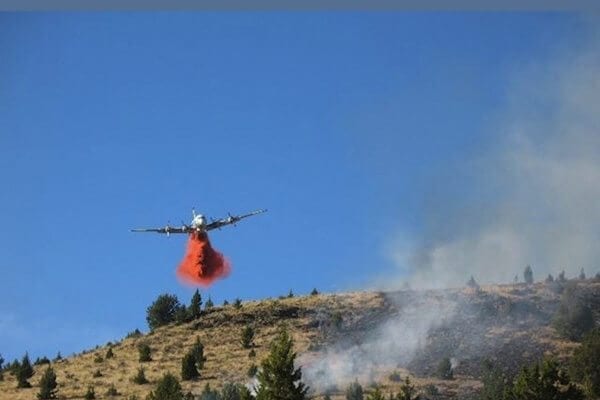 Thousands of innovations have been developed over the past century with the intent of making wildfire fighting more safe and predictable and fires more preventable. Wildfire fighting is quickly becoming high-tech up and down the West Coast.

The discussion around new firefighting technologies is overwhelmingly dominated by unmanned aerial vehicles (UAV), more commonly referred to as drones. The Southwest Oregon District of the Department of Forestry, in Central Point near Medford, has two UAVs and a trained pilot to fly them, with plans to deploy them this summer.  “As far as a fire department owning its own unmanned aircrafts, I believe we are one of the first in the nation,” said Matt Krunglevich, prevention planner for the southwest Oregon district.

Drones offer a few advantages to wildfire fighting agencies — they’re more cost-effective, timely and, in some cases, safer. Putting a person in a helicopter to survey an area of a forest can run up to $3,000 an hour, while buying one aircraft can be a one-time purchase of $5,000. Further, drones could potentially provide live and continuous data through the use of cameras so that firefighters wouldn’t have to rely on data that was collected several hours ago. And, as opposed to a manned helicopter, if a UAV crashes, there are no people in it, said Krunglevich.

One tech company, FireWhat, Inc. is using Geographic Information System (GIS) technology to help wildfire fighters respond faster and more efficiently to emergencies. Recently merging with Geo-Spatial Solutions and opening an office in Bend, FireWhat has revolutionized wildfire response with its highly interactive, wireless mapping. The company designs custom programs for individual fire agencies, but it also has a public website, WildlandFire.com, where anyone can find details of wildfires in their area. According to CEO Sam Lanier, FireWhat is also testing drones as another tool in data collecting, partnering with Aerovel based in White Salmon, Washington. 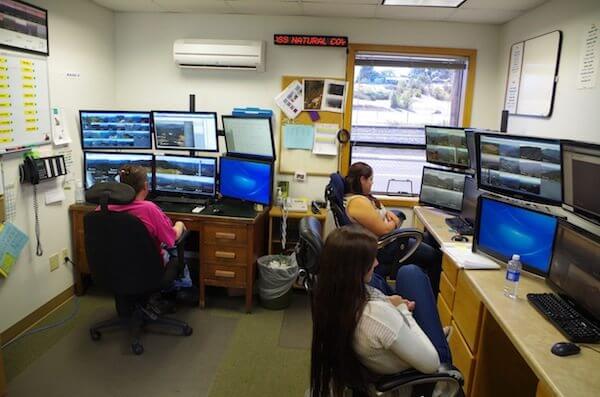 Douglas County is paving the way for different kind of technology that’s quickly spreading to other parts of Oregon. The ForestWatch fire detection system is a series of cameras strategically placed in high-risk areas, detecting the earliest signs of smoke. A control center receives these alerts and the exact coordinates of the threat, enabling a speedy dispatch for response. Developed by EnviroVision Solutions in Roseburg, the detection system has made its way to The Dalles and will be installed in the John Day area within the next year.

In the Oregonian tradition of “going green,” Central Oregon will use an environmentally safe retardant called FireIce for the first time this year. This fire retardant gel replaces the commonly used chemical foam that can be toxic to wildlife when used in large amounts. “Normally, you have to be careful where you drop fire retardant,” said Tracy Wrolson, assistant district forester of Central Oregon. “This [new retardant] does the same job and can be used in sensitive areas.”

Though more technologies are being developed to help make quicker, better decisions about wildfires, the man-powered physical nature of firefighting remains. “The reality is that the way of putting out a fire is the same,” said Dennis Lee, protection unit forester of the Klamath-Lake District. “We still have some of the same tools from 1908.”