You are here: Home / Food & Drink / Beer & Libations / Head Underground for English Ales at The Cellar in Bend 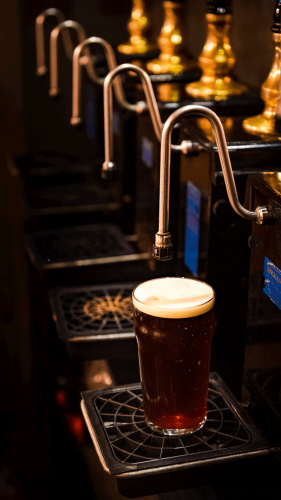 Tucked away just below the busy streets of downtown Bend is Porter Brewing’s newest location, The Cellar, a cozy basement pub reminiscent of those found across the pond in England. In fact, the eight hand-pump beer engines stationed behind the bar were all imported from old-school pubs in the United Kingdom and are part of what makes this brewery unique.

Avara and Daven Roberts, the husband and wife duo behind Porter Brewing, wanted to bring something a little different to the Central Oregon beer scene when they first opened their Redmond brewery in 2018. In lieu of the typical hoppy IPAs found on draft in breweries all over Bend, Porter Brewing is focused on 100 percent cask ales, which offer a more balanced and malt-forward flavor.

“The two main differences between cask ales and draft beer are the temperature and the carbonation.” Avara explained. This means that all of the ales are served at cellar temperature and, unlike taps commonly found in breweries, the hand pumps used at The Cellar don’t add any additional carbonation.

Not super well versed in cask ales? No worries. The popular Irish Red Ale, an easy-drinking beer that’s still packed with a ton of flavor, offers an excellent introduction and is one of Avara’s favorites. With its soft toffee and caramel sweetness, biscuity palate, and touch of roasted dryness to finish, it’s the perfect beer for a blustery fall evening. There’s no more fitting environment to enjoy it in than at The Cellar.

“We want anybody and everybody to come in and feel like they belong here.” Avara said of The Cellar’s inviting and comfortable atmosphere. The basement location, with its old stone walls and personal family artifacts make The Cellar a cozy spot to grab a 20-ounce imperial pint and chat up the person next to you. “We don’t have TVs in here and that was very intentional, we just wanted this to be a space where people can talk to each other,” Avara said. “That’s what a pub’s for, right? We’re not a sports pub. We’re a proper pub.” See porterbrewingco.com.

Click here to read more about our local food and restaurant scene.

Share This Article
« While Some Bend Restaurants Open New Locations, Others Reset
Amid a Pilot Shortage, Central Oregon is Training Future Aviators » 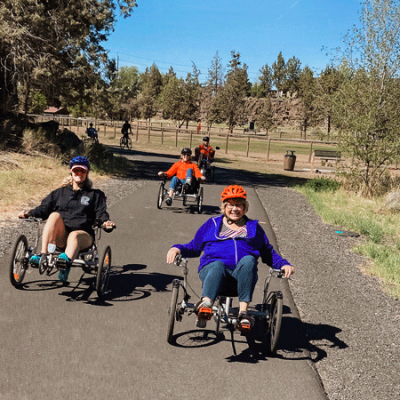