You are here: Home / Business / Historic Redmond Hotel To Reopen This Summer 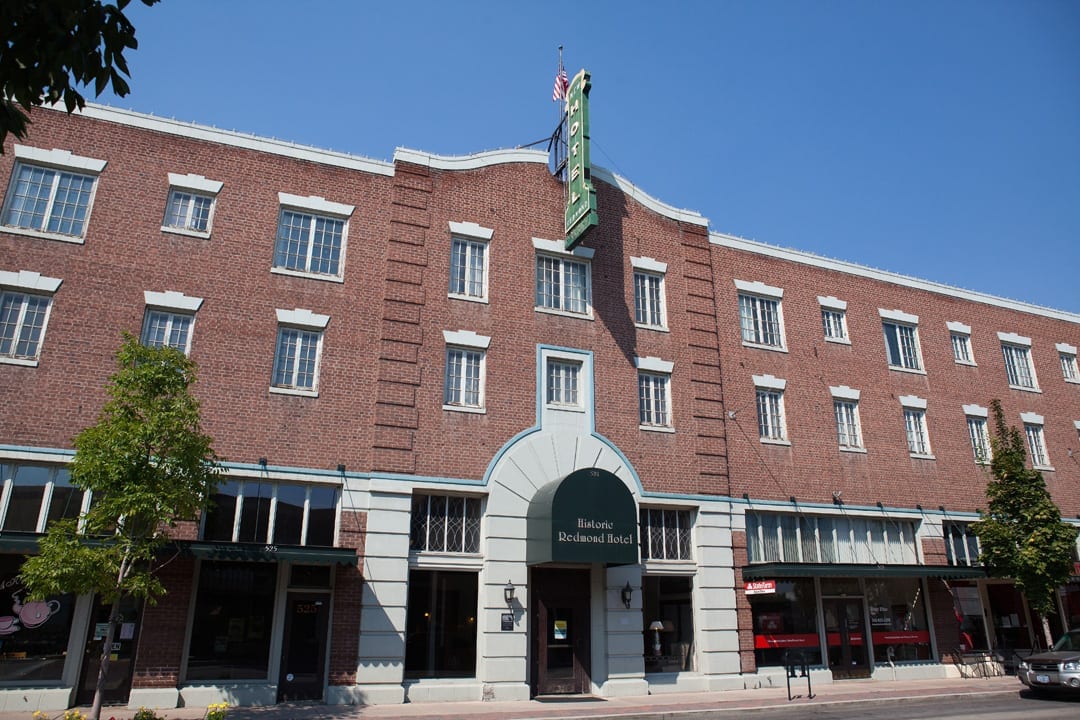 For ninety years, the New Redmond Hotel stood through depression, war, boom and bust cycles of Central Oregon, changing economics and outright neglect. Now, Redmond’s grande dame is getting a makeover—from top to bottom, inside and out—with the hope that she can be restored to her original splendor and prominence.

“We want an eighteen- to twenty-four-hour environment that includes living, working and staying downtown. The hotel will play a key role,” said Chuck Arnold, Redmond’s economic development and urban renewal manager. He estimates that the hotel will bring in about $2.4 million to downtown businesses in just the first year of operation.

Listed on the National Register for Historic Places, the New Redmond Hotel was built on the corner of Southwest Sixth Street and Evergreen in 1928 for $150,000 by William and Fanny Wilson, replacing a wood hotel on the same site, which burned to the ground in 1927. The new structure was bigger, sturdier and built to last, framed in steel and fir, and cased in brick masonry.

Bend architect Hugh Thompson designed the New Redmond Hotel in the Georgian Revival-style with touches of Art Deco. The Georgian style was based on classical Roman and Greek values of symmetry and proportion. The three-story, 43,000-square-foot hotel featured a Romanesque arched entryway, an open lobby with high beam ceilings, painted Corinthian columns, a banquet space and one of the first elevators in Central Oregon.

As the Wilsons’ intended, the hotel became a gathering place for locals and travelers passing through on the adjacent Highway 97. Room rates averaged $1.75 per night, and ads billed the hotel as the finest lodging east of the mountains.

However, records and news stories reveal alternating cycles of deterioration and renovation over the decades. It’s been more than a decade since the last guest checked out of the hotel, which ceased lodging operations in 2004. City officials and other proponents of the hotel never stopped seeing it as an anchor for downtown redevelopment and a cornerstone of long-range revitalization plans. The trick was finding the right partner to jumpstart a makeover of the building, which needed both structural and cosmetic work. 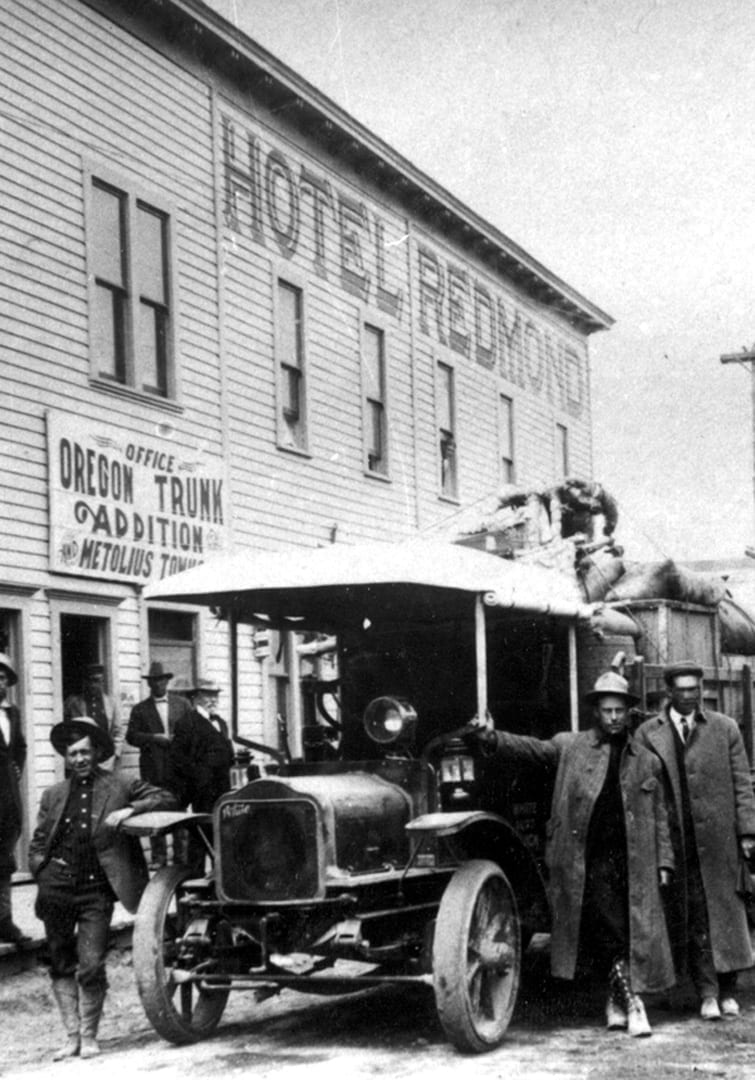 “The incredible ‘bones’ of the hotel drew us into this project,” said Bill Tremper, chief operating officer of California-based Alpha Wave Investors, LLC, which bought the hotel in 2017. “Our overall intent is to restore the hotel as a social gathering spot for the whole community,” he said, adding that the group hopes its efforts will draw other businesses to downtown.

The renovations are being financed by a $670,000 loan from the city and Alpha Wave’s private capital. If Alpha Wave maintains the property as a hotel for ten years, the city will forgive the loan.

“We want to bring out the age and patina of the older rooms while making sure they’re super clean,” he said. The owners will work to maintain different sizes and shapes of the forty-six rooms on the upper two levels, with nightly prices ranging from $100 to $150. Street level will include a spacious new lobby with the original stone fireplace, antiques saved from the early days, a market cafe with ready-made food, a large room for hosting events and perhaps a social club.

With a commitment to sustainability, Alpha Wave plans to repurpose the original fir floors, repair lath and plaster walls, replace single-pane windows with double panes, add solar panels to the roof, install LED lighting and use tankless, on-demand water heating. “We employ efficient processes throughout our properties, from solar to water conservation to composting and minimal waste programs,” said Ken Cruse, founding partner and chief executive officer. “In doing our part in minimizing our footprint, we’re helping the communities that host us to flourish.”

A highlight of the renovations will be a greenhouse-themed rooftop bar with seating for about fifty people and 360-degree views that include Smith Rock and the Cascade Mountains. The owner will begin opening the hotel in phases, with the rooftop bar targeted for July, the street-level cafe for September and guest rooms in February 2019.

Share This Article
« 3 Questions for Sunriver Brewing’s Brett Thomas
Saving Norris, A Horse That Suffered A Twist of Fate »