You are here: Home / Culture / Community / Inside a historic Drake Park home for the holidays

As the holidays roll around, even those who live in contemporary dwellings may be dreaming of a Dickens Christmas with pine boughs on a wood fireplace mantle and a Santa’s sleigh and eight not-so-tiny reindeer in the front yard. 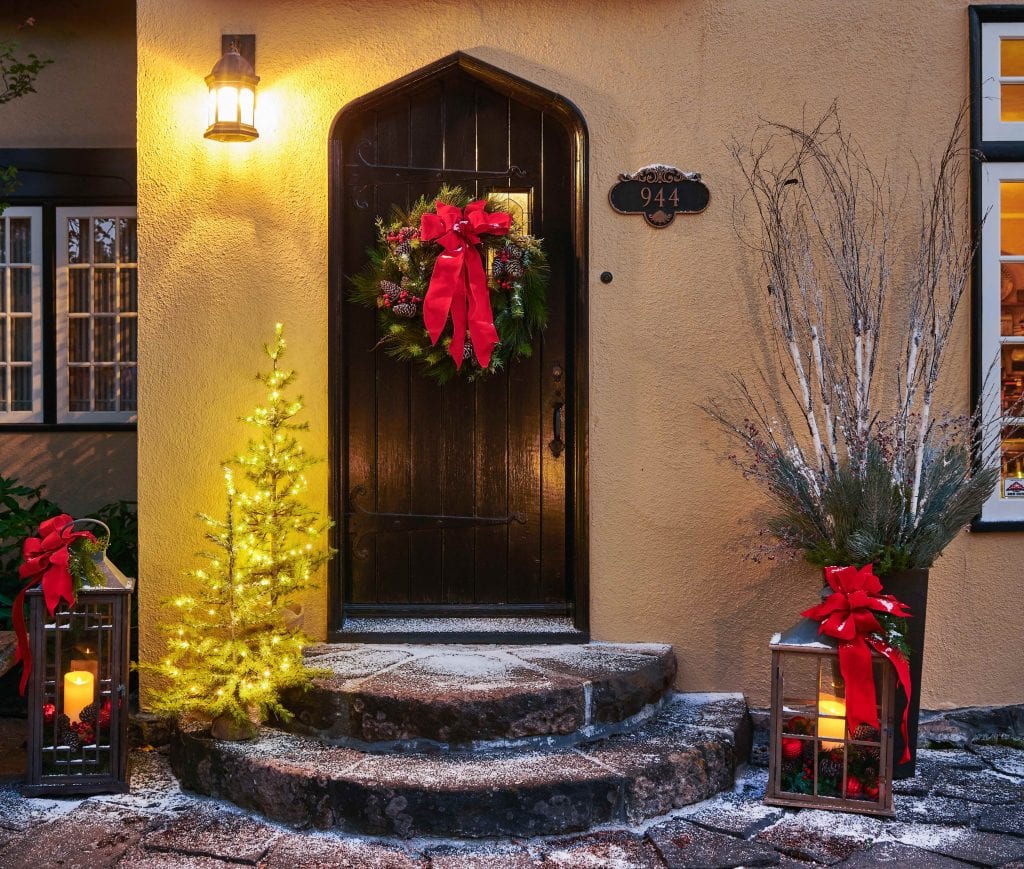 In Bend’s historic downtown neighborhood, it’s easy to imagine celebrating an old-fashioned holiday in homes constructed by the city’s elite between 1910 and 1954 in Craftsman bungalow, Colonial, English cottage and Tudor styles. With Drake Park and the Deschutes River as a communal gathering spot, the old section of town was and remains a center stage for holiday festivities like the Bend Christmas Parade and Jingle Bell Run (both canceled this year due to the coronavirus) and the community tree lighting ceremony.

Since Charlene and Ned Dempsey became residents of the Drake Park Neighborhood Historic District, they’ve created their own holiday traditions in the English Tudor home they bought in 1995 on Riverside Boulevard. One of a few Tudors in the city, it was built in 1926 by Bend’s first eye doctor, Fred Lieuallen, and remained in his family for the next seventy years. The home embodied typical Tudor features such as two stories under steeply pitched roofs, a light-colored stucco exterior with dark trim and windows with small panes of glass; the interior included arched doorways and lathe and plaster walls. 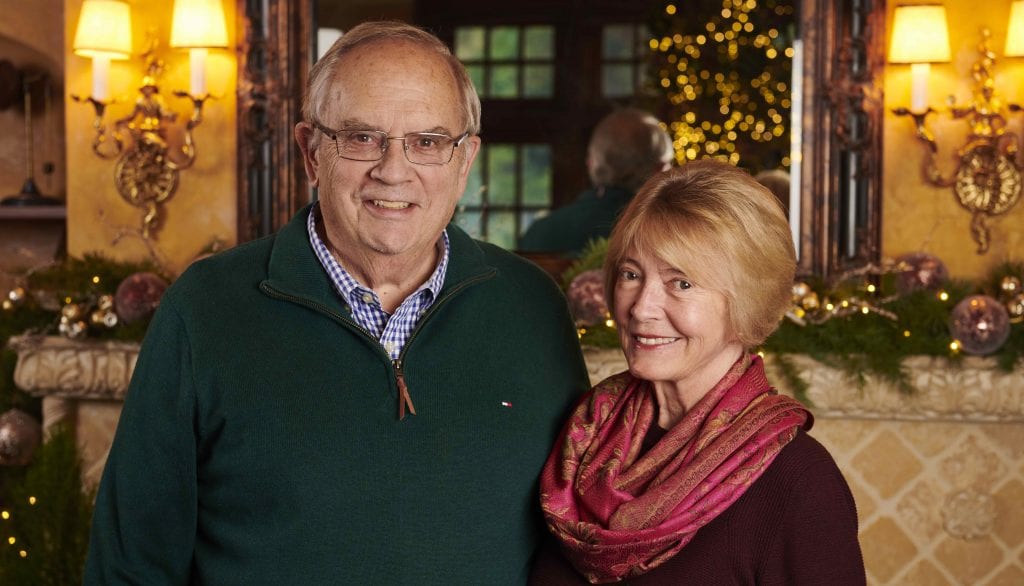 “We had been hoping to find something along the river, especially near the pond,” Ned said. “We felt fortunate to acquire the older Tudor even though we would be looking at much needed TLC and upgrades.”

Both Dempseys possessed skills necessary to restore and upgrade the original structure. Ned is a civil and environmental engineer who moved to Central Oregon in 1973, designing infrastructure on Black Butte Ranch and later Bend’s first wastewater system. In 1974, he founded Century West Engineering and built it into a regional engineering company with offices in Washington, Idaho, Nevada and California. He sold the company to the employees in 2014. 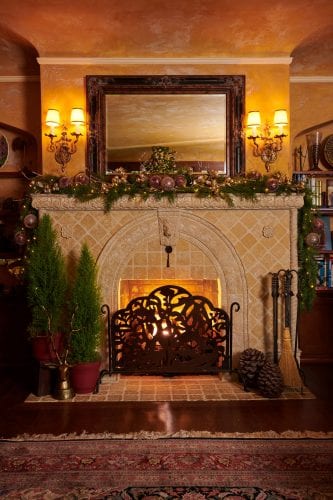 Charlene worked in the hospitality industry as a corporate travel planner and traveled extensively throughout the Pacific Rim and East Coast of the United States. She left that job to obtain a degree in interior design from the Art Institute of Portland and worked for years helping clients re-do their own homes, and was also the lead designer on the 2004 Tower Theatre renovation.

Until they bought the Tudor, the couple, who married in 1984, split time between Bend’s Awbrey Butte and Portland’s Marine Drive where they had a houseboat, and navigated the Columbia River in Charlene’s classic 1949 Chris Craft 19-foot wood runabout. “Moving away from the water to live in the desert was a real challenge,” Charlene recalled. “I was always looking for something on the river.”

And the makeover began

The couple moved into the 2,400-square-foot Tudor a few months after they purchased it. “We loved it despite its having had no renovations or repairs since it was built,” Charlene said. “We especially loved the Moorish-style four-center arch doorways throughout.”

The renovation focused on maintaining the style and integrity of the house. They kept the floor plan largely intact, including individual rooms instead of opening the kitchen, dining and living rooms into one large space. “We find that company like to roam into the various rooms, especially the wine cellar. The individual rooms also allow space for eclectic collections from our travel,” she said referring to the forty-eight countries they’ve visited over the years.

They began the makeover with the arduous task of cleaning and stripping away years of neglect. “We were somewhat dazed,” Charlene remembered. “We removed curtains and carpets that had absorbed years of cigarette smoke.” They faced weeks of scraping many layers of oil-painted wallpaper from every wall in the house. With his engineering background, Ned spearheaded upgrades in electrical wiring, heating systems, plumbing and insulation. 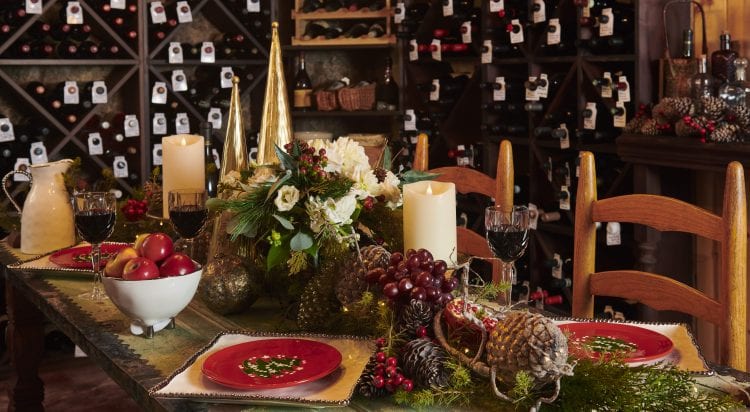 A holiday table in the wine cellar staged by Donner Flower and including the Dempsey’s favorite red holiday dishes.

They removed a useless Model A garage and built a retaining wall off the alley to stem water seepage into the basement from the sloped lot. A wrought-iron gate welcomes visitors to a private courtyard filled with heirloom roses from the original owner and a riot of perennials and seasonal flowers lovingly tended by Charlene.

They added a sunroom (aka greenhouse) where the former garage stood and cut a wall in the stucco to make a doorway to the kitchen. The exterior wall of the sunroom incorporates a keepsake stone that Ned salvaged from the Pilot Butte Inn after its demolition in 1973. The glass-sided sunroom also opens into the garden sanctuary with high ivy-covered walls, the couple’s favorite space. Charlene has a particular affinity for Italy and says the carefree style of the garden is more Italian than English.

Other changes included removal of a breakfast nook to create a powder room downstairs and enlarging the size of the master bedroom and bath upstairs by taking out a child’s nursery. 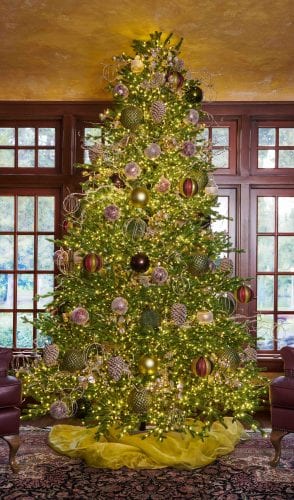 A bonus they hadn’t planned when they bought the home: the two-foot thick stone foundation walls could double as a wine cellar, with a constant temperature perfect for storing their favorite Oregon pinot noir and pinot gris, and Italian reds. “The addition of the wine room in the basement has its own special draw for occasional entertaining,” Ned noted. They converted a Moorish-style door into a table for setting out hors d’oeuvres and sometimes a light holiday meal.

Now in their twenty-fifth year in the home, the Dempseys love walking to nearby restaurants and shops, and through the neighborhood. “I like the energy of downtown,” Ned said.

At the holidays, they cook a turkey and set a table complete with Waterford crystal goblets brought back from trips to Ireland and cherished Christmas dishes. And in the afterglow of an evening well spent, the reflection of twinkling holiday lights on the Deschutes River are the perfect nightcap.