Chris Herrick and John Coltman moved to Bend thirteen years ago and built a custom home in NorthWest Crossing. In the past few years, they’d been looking for a change, but couldn’t quite find the right place to build another new home. The pair wanted to stay near the amenities and trails that they’d so enjoyed in NorthWest Crossing, but they also wanted to design and build a home that would be better for their long-term future. “We’ve been waiting for a lot big enough to build a one-story house,” Herrick said. “We found it in Discovery West.” 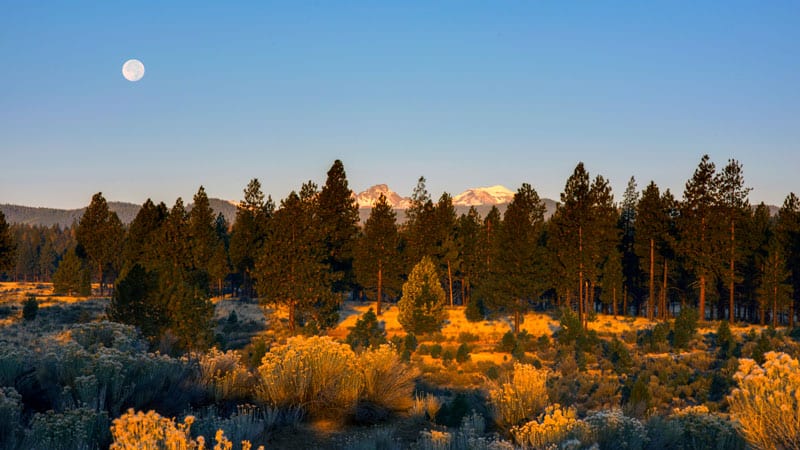 Discovery West is the latest development of NWX2 LLC, the developers of the wildly popular Bend neighborhood NorthWest Crossing. Located on the westside of Bend, tucked into the land between NorthWest Crossing and the Tree Farm, and near Summit High School and Discovery Park, the 245-acre neighborhood will ultimately be built out in seventeen phases and include 650 residences. Discovery West residents will have access to forty acres of parks, miles of trails, and all of the amenities of NorthWest Crossing, including restaurants, shops, services and schools. 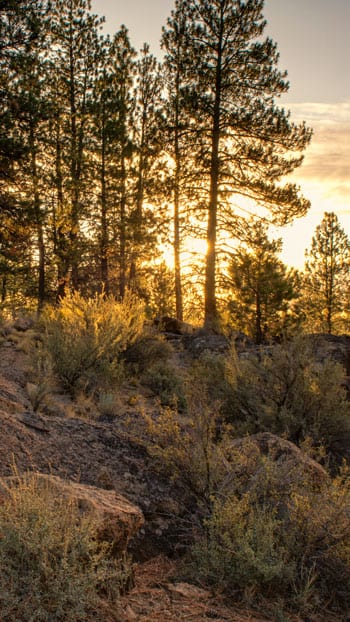 “Discovery” is more than just a name in this promising new development. “Our goal is to create a neighborhood that celebrates little, everyday discoveries, from neighborhood artwork to the street names that are named after women who have made great discoveries in history,” said Valerie Yost, director of marketing for Brooks Resources. Take a stroll down Mayer Place and ponder Maria Goeppert Mayer, one of only three women to win the Nobel Prize for Physics. Nearby is NW Singleton Place, named for Theresa Singleton, one of the foremost archeologists studying slavery in the Americas. Seventeen more Discovery West streets are named for women who have made significant discoveries in the fields of medicine, technology, science, space and geography.

Public art throughout the neighborhood celebrates these amazing women and additional themes of discovery. In the underpass of the newly constructed bridge that serves as entryway to the neighborhood, layered stencil portraits, murals and mosaics created by local artists depict the women of discovery.

As a retired attorney who was admitted to the bar in the 1970s before women were widely attending law school, Herrick said, “I am thrilled that streets in Discovery West are being named after female explorers and scientists. I am sure I faced some of the same challenges that they did.” Herrick and Coltman chose a lot above the NorthWest Crossing community garden, near the underpass and its art, a location that also boasts access to a large trail network. “Eventually the neighborhood will be linked up by the most wonderful trails,” she said. “I walk a lot and look forward to a seven-mile loop to Shevlin Park, the Tree Farm and back from our home.” 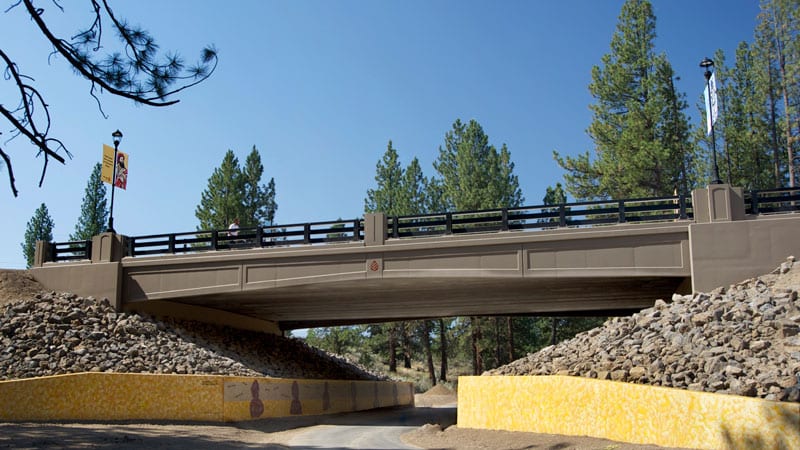 The bridge that leads to Discovery West includes an underpass and footpath with public outdoor art and murals representing the neighborhood’s themes.

To construct the neighborhood’s residences, Discovery West’s developers assembled a Guild Builder program, based on the success they had with the same type of system in NorthWest Crossing. Lynnanne Hayes, owner of Visionary Homes, is one of the nineteen guild builders selected for the project. As each phase of Discovery West releases, guild builders purchase lots by lottery, and then build spec homes to put on the market later, or team up with a homebuyer to create a custom home. Hayes is excited to be a part of the development. “This is going to be an easy, friendly neighborhood,” she said. “The group of quality builders bring a sense of variety and selection.” As the only female builder in the guild, in a neighborhood that celebrates female leaders, Hayes is excited to be on board and said she has felt welcomed. “The guild is like a big family.”

Hayes is underway with construction on a modern-farmhouse-style single-family spec home in Phase One of Discovery West, which released lots mid-2020. Phase 2 lots will be available to Guild Builders this fall. Discovery West’s master plan calls for a variety of mixed housing in addition to single-family homes, such as cottages similar to those in NorthWest Crossing, townhomes, and more. “The Urban Growth Boundary expansion of 2016 came with a comprehensive plan requiring certain density parameters for residential construction in new development, which encouraged us to be creative and diverse with design and planning,” said Kirk Schueler, president and CEO of Brooks Resources. 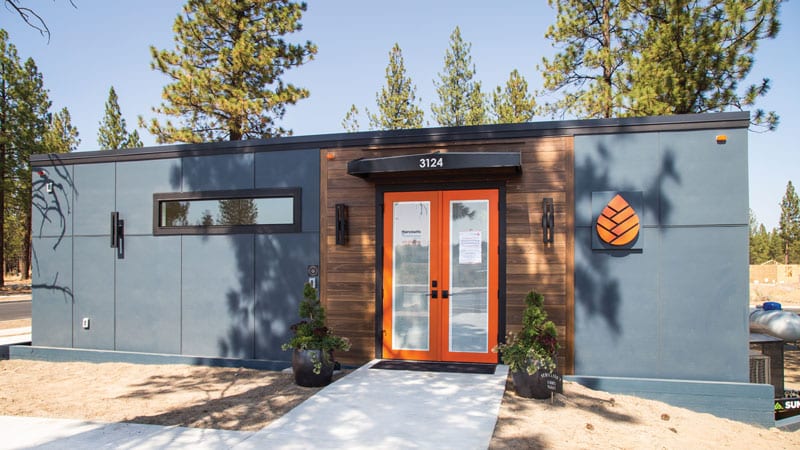 The Discovery Pod is home to sales and marketing for Discovery West.

The neighborhood is planned around a central core, including eventual commercial development. “The master planned mixed housing district will surround a hardscape plaza,” Schueler said. Discovery West is being developed under the “transect” concept of urbanism, where density decreases the farther you get from the urban core, which helps to mitigate negative impacts on wildlife and the threat of wildfire spread. Denser at its center, the neighborhood will include single-family homes, attached live-work townhomes, cottages, detached and attached single family residences, and multifamily residences. Estate lots for custom homesites on the western boundary will be up to one-acre in size. Discovery West has plans for affordable housing in its development as well. “We have a goal to create a mixed income multifamily dwelling. We’re seeking the right developer for that project, which we intend for Phase Five,” Schueler said.

The long-term project will come with gradual improvements in terms of the parks, trails and infrastructure of the greater area surrounding Discovery West. A new roundabout and the eventual connection of Skyline Ranch Road as a north-south corridor are just some of the transportation improvements included in the Discovery West master plan.

Those seeking a new neighborhood on Bend’s west side, steeped in nature, close to amenities, with beautiful architecture and celebrating all things discovery will love Discovery West.

For more information, visit the Discovery Pod, a tiny house on wheels custom built to serve as the neighborhood’s on-site sales center. To reach the Discovery Pod from NorthWest Crossing, head west on NW Crossing Drive. From the intersection of Skyline Ranch Road and NW Crossing Drive (behind Summit High School), head NW on Skyline Ranch Road over the new bridge into the neighborhood. See discoverywestbend.com.

Share This Article
« Bend’s Caliber Metal specializing in on-site cutting of metal roofing
A Once-Hidden Gem: The City of Sisters »