You are here: Home / Business / Allyship in Action Co-Founder Kerani Mitchell Is On A Mission

Kerani Mitchell is on a mission to create an inclusive Central Oregon for all. 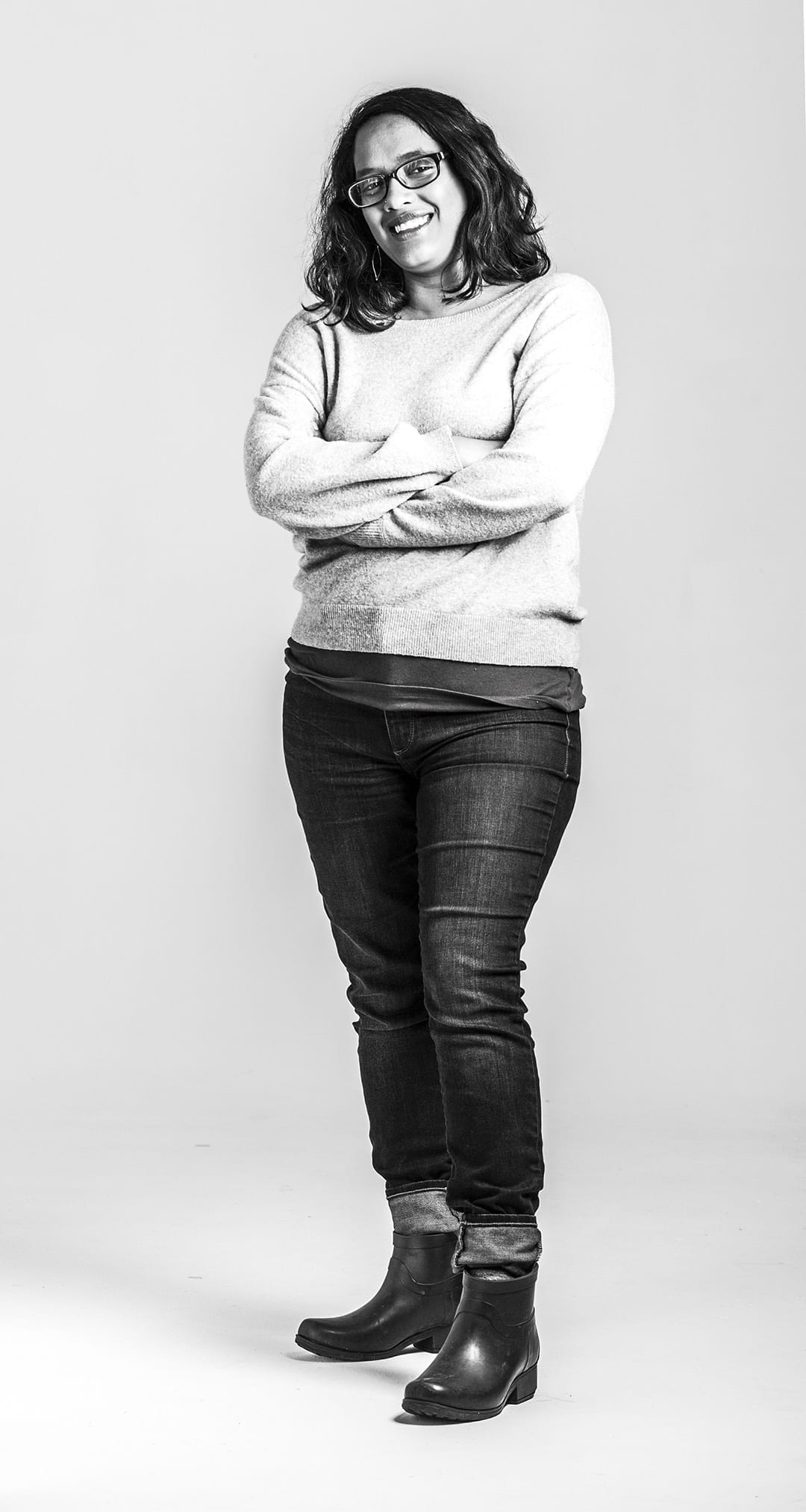 If you got to know Kerani Mitchell through her recent Bend City Council bid, you might know she’s a woman of color, a renter and a telecommuter. But if you’re involved in local social justice work, you know her conversation-starting candidacy is just the tip of the iceberg.

Adopted from India as an infant, 33-year-old Mitchell has lived in Central Oregon since middle school. And though she spent her youth in Sisters listening to country music and caring for farm animals, she is often perceived as an outsider because of her first name and skin color. It’s a perception she has battled all her life, but it’s also a challenge that has prompted her to take an active role creating conversations that dispels harmful myths and prejudices in our midst.

“This is my home. This is where I grew up. This is where my family still lives. If there’s any place in the world I can claim as home and have some part in social change, it’s here,” she explained. “And if I want to stay and live here, it’s imperative that my community and I move forward on issues of equity, inclusion, education and social transformation.”

I’ve had insight into Mitchell’s often behind- the-scenes work over the past year and a half as Mitchell and I have gone from acquaintances to business partners. But Mitchell isn’t looking for recognition (case in point: she was reluctant to be interviewed). For her, community involvement is both a spiritual responsibility and a survival tactic.

Mitchell grew up Catholic and is inspired by the Jesuits’ “Ignatian spirituality,” which author Ronald Mordas describes as “a humanism that defends human rights, prizes learning from other cultures, seeks common ground between science and religion,” and social justice.

Mitchell developed strong community connections in her youth, volunteering with her dad’s Kiwanis club, serving as a camp counselor, and facilitating art groups for grieving kids. While these connections were protective, as one of the few persons of color in Sisters, she still experienced inequities her peers didn’t face. And it got worse after 9/11.

“It was a very lonely experience to walk around with fear of racial profiling or just silly comments. People calling me the ‘n-word,’ or refusing to shake my hand,” Mitchell recalls.

When she returned home from Seattle University, Mitchell says these interactions and attitudes persisted. Strangers would ask “Where are you from?” and get angry when she said, “Sisters.” Or say things like, “Aren’t you glad you’re here? You could have ended up like Slumdog Millionaire.”

So Mitchell channeled those experiences into the Oregon Humanities conversation project “Where Are You From?” The project has taken her across the state to facilitate conversations about identity and belonging and given her an opportunity to reclaim her narrative.

Mitchell said she has always had a strong sense of empathy and a passion for solving problems. Raised to be independent, she’s never been shy about taking action.

We founded Allyship in Action together in 2018, bringing together local equity facilitators to support one another and the community. But she says it’s also an opportunity to demonstrate the power of diverse folks coming together as allies to one another.

“I’ve had crisis and pain in my life, and I viscerally remember what it is like to feel alone,” Mitchell explained. “If I can do something that someone else might not be able to do, I feel it’s my responsibility in that moment to honor my community by speaking up.”