Two decades in Oregon as a service industry worker and a contractor taught Amy Warren that the housing market in Central Oregon is nothing if not volatile. But after watching another run-up in housing prices over the past decade, she knew one thing was guaranteed: many potential buyers will continue to be priced out of home ownership.

It’s the reason why Warren, after finishing a degree in Energy Systems Engineering at OSU-Cascades, decided to get back into the construction business as a different kind of developer. Warren and longtime friend Jason Offutt formed KOR Community Land Trust in 2015, with the goal of building low-energy homes using a model that emphasized shared resources, beginning with the land under the homes.

Warren said she and Offutt, who owns Shelter Studio, a local residential design firm, developed the idea after she studied net-zero homes in a class at OSU-Cascades. Warren said she was struck by the idea that we could meet our growing needs as a society by reducing our ecological footprint as individuals.

“That really spoke to me. That as opposed to learning how to make more, we should learn how to consume less,” Warren said.

She and Offutt discussed the idea over a pint. He also liked the net-zero concept, but was adamant that any project they undertook would have to place a premium on affordability. But with land prices rising quickly in Bend, the pair faced an immediate hurdle: how to avoid passing on that cost to buyers. 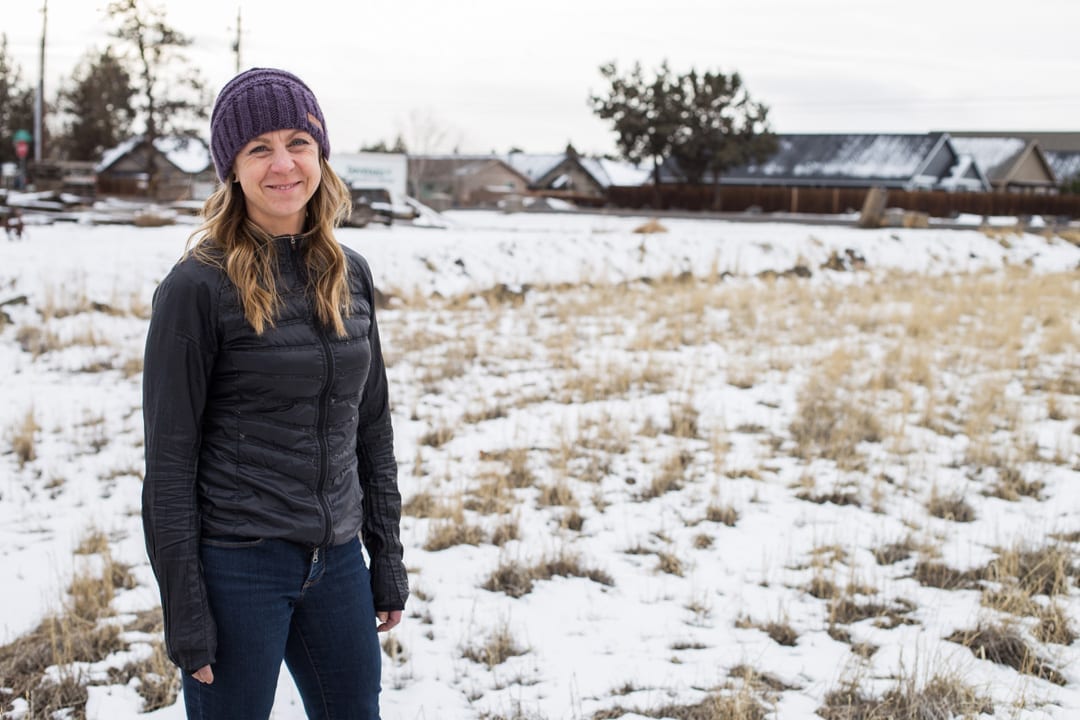 A little research turned up models in Portland and Orcas Island in Puget Sound that had tackled the same problem in those communities with a community land trust. While many are familiar with the land trust concept when it comes to conservation, land trusts are a relatively new idea in housing. The underlying principle is similar, with the big caveat that one model usually prevents all forms of development while the other facilitates it.

Like a traditional land trust, where the property is held in perpetuity by a nonprofit board, the job of a community land trust is to find and acquire land. The trust works with a developer or other partners to build housing that is sold below market rate. Unlike other affordable housing models, the buyer acquires only the home. The land remains with the trust, essentially creating a permanent subsidy.

After three years spent developing its mission and securing its nonprofit status, KOR secured its first major funding in 2018 by partnering with Redmond-based Housing Works on a grant request from the city of Bend. The city awarded KOR enough money to close a deal on its first piece of land, a roughly half-acre parcel on 27th Street and Hurita Place on Bend’s east side.

While anyone is welcome to apply, KOR is positioning itself to serve working people who might not qualify for other forms of affordable housing by taking applicants who make up to 125 percent of area median income. That’s a niche where other housing providers aren’t able to operate consistently, said Lynne McConnell, Bend’s affordable housing manager.

“We know home ownership is still a part of the American dream and support the type of approach that Amy and Jason have taken,” McConnell said. “It’s a great opportunity for middle class folks to have a chance to buy a house in Bend at lower price than they would get at a market rate.”

KOR plans to break ground on its development—dubbed Corazon, Spanish for heart—this spring. The development will include five homes, developed on a 1,100-square foot floor plan with shared community and open space.