You are here: Home / Culture / The Historic Home of Lilly Dairy is Slated for Demolition

The historic home of Lilly Dairy owners Lillian and Nels Anderson is at the intersection of future developments in Bend. 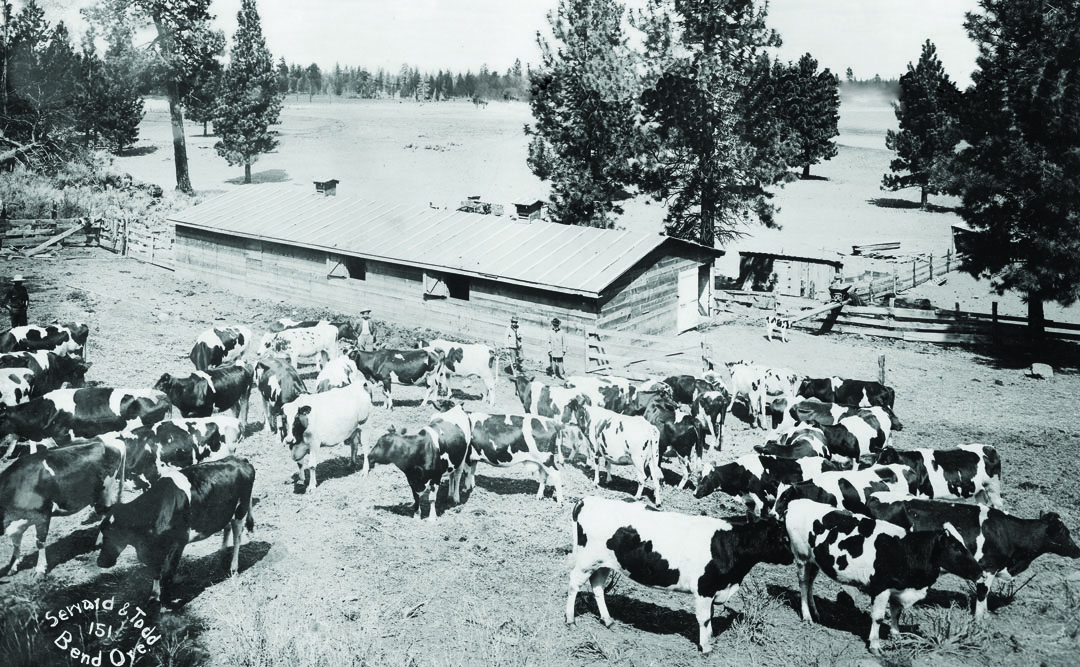 There is a constant din at the office of Instant Landscaping on Nels Anderson Road. Cars and trucks buzz by on the Bend Parkway just a hundred yards from the building. In the background, the Cascade Village Mall fills the view.

The area has been referred to as Bend’s “Golden Triangle” for its development potential at the intersection of the area’s two major highways, 20 and 97. Standing in the way of progress is the remains of what was once the largest dairy farm in Bend, Lilly Dairy, a 350-acre operation run by Lillian and Nels Anderson during Bend’s first boom in the early 20th century.

Their home still stands, as a historic landmark, but it’s an endangered one, according to owner Tim Larocco who operates his landscaping business out of the property. Larocco personally renovated the property after he acquired it in 1999. He said, however, that the home has been slated for demolition by the Oregon Department of Transportation as part of a highway realignment project. The agency has offered $30,000 to help with relocation, a fraction of what Larocco says is the actual cost. While the home’s future is still unclear, its history is deeply entwined with the story of Bend.

The Lilly Dairy era was a time when shopping local wasn’t just a slogan. And the Lilly Dairy farm was one of many small dairy farms in Central Oregon supplying milk and butter to Bend’s growing population.

Like many immigrants of that era, Anderson traveled a long and winding road to Bend. Anderson was born in 1879 in the community of Sall in the Danish Jutland region. The area is known for dairying and progressive farmers who instituted the dairy cooperative. 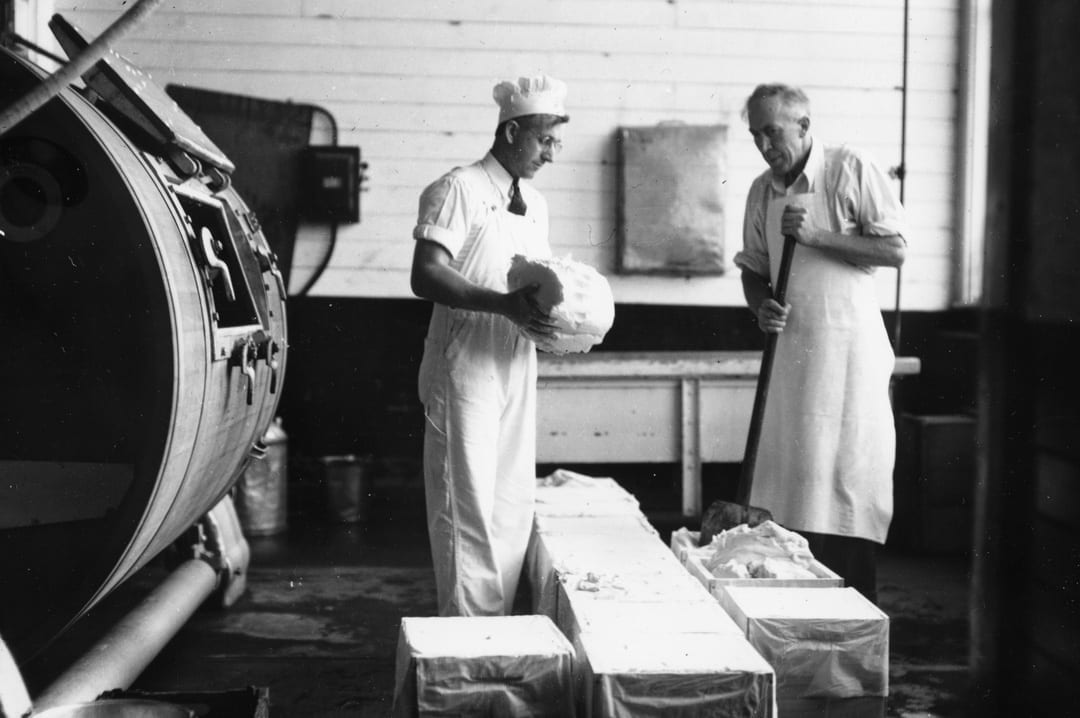 At 25 years old, Anderson joined the many thousands of Scandinavians who emigrated to the United States. He stepped off the boat at Ellis Island in 1904. His first job also entailed working around animals, but not in the way he expected.

“Nels shoveled manure in the streets of New York,” said Carol Willard, who knew the Andersons in the 1950s, long after they sold the farm in Bend.

Eventually Anderson moved to Bend in the early 1910s and married Kansas-born Lillian Daniels on August 25, 1914. During the following years, the entrepreneurial couple created a 350-acre dairy operation at the north end of Bend. Lilly Dairy was one of ten dairies that produced milk and butter for the local market, which relied on regional producers to provide products with short shelf lives.

“It was hard work,” said Sharon Rosengarth. Her parents, Jim and Virginia Matson, sharecropped the Dean Hollinshead farm during the same time Lilly Dairy was operating. “You didn’t go anywhere,” said Rosengarth. “You had to milk the cows in the morning and in the evening.”

In many ways the Lilly Farm more closely resembled it’s 19th century predecessors than its 21st century successors. Without electricity, the cows had to be milked by hand. Employees were served a communal meal at the Anderson’s home during their lunch break, said Larocco.

In 1929, the Andersons built a new home. An English Tudor-styled building, the home was as much theirs as the employees who worked at the farm. Rosengarth remembers the Lilly Dairy and the large barns on the property. 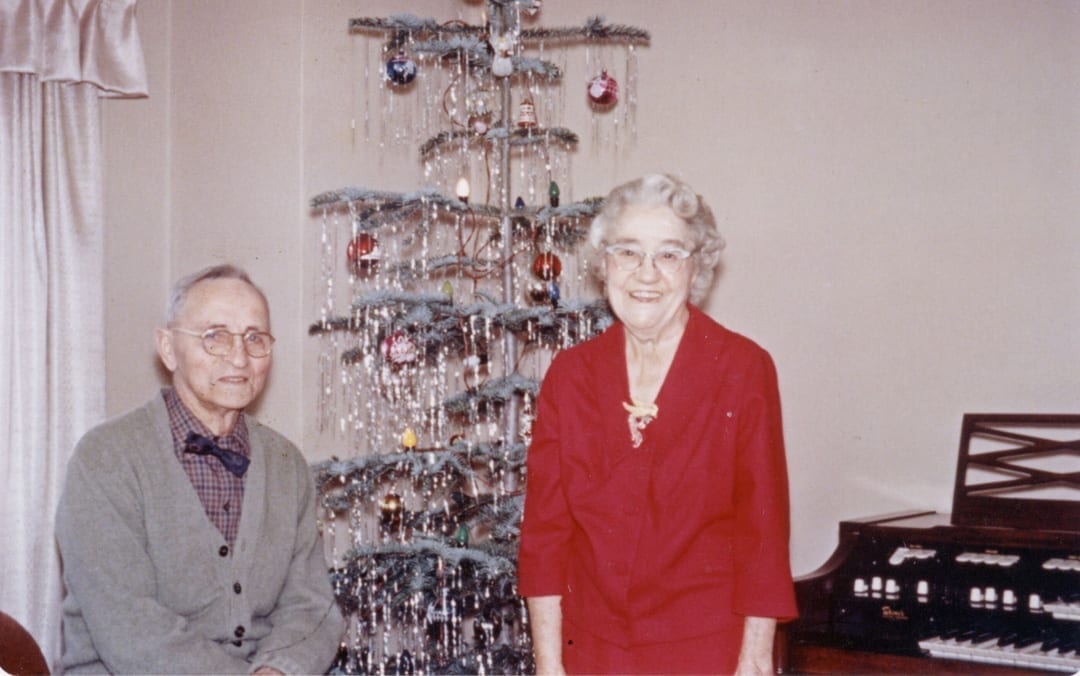 the andersons celebrating the holidays at home in bend.

“With that much acreage, the Anderson’s could easily have accommodated 100 to 150 heads of cows,” he said.

The Andersons looked out for more than just their extended family of workers. They were the go-to couple if a young person was homeless.

“The Andersons lost a baby during the 1930s,” said Willard. The couple never reproduced the pregnancy. But the home was not without love. They would make a family.

“One day there was a knock on the door. A young gal had heard about the couple and was wondering if she could stay with them. They adopted the gal and raised her,” said Larocco, who has spent time researching the Anderson’s lives while renovating and restoring the Anderson’s historic residence.

He credits Michael Houser, former Deschutes County Historic Preservation Planner, for inspiring him to take on the renovation of the Anderson House. “We weren’t sure the house could be saved, but after hearing about the rich history, it was a no-brainer,” Larocco said.

The yearlong project saw Larocco and his crew stripping everything to the studs inside and renovating the outside stucco.

“The one thing solid about the house was the timber, which came from the local Brooks-Scanlon mill.”