You are here: Home / Adventure / Loop to Loop

Cycling from Sisters to Smith Rock

Brisk mornings, less traffic and changing leaves make fall in the High Desert an ideal time for both road and mountain biking. You don’t have to travel far from Bend to be the only person on a road or trail. It’s what makes the fall shoulder season a favorite time among local riders. “To me, fall in Central Oregon is the nicest time,” said Brad Boyd, owner of Eurosports bike shop in Sisters. “Cooler temperatures, less wind; I’m always amazed how quiet it is.” While in spring you might still be waiting for snow to melt at higher elevations, and summer heat can make riding a bear, the right fall day is without equal. With that in mind we’re focusing on the Sisters area and offering up three fall road rides that you don’t need to have Tour de France-level conditioning to enjoy. 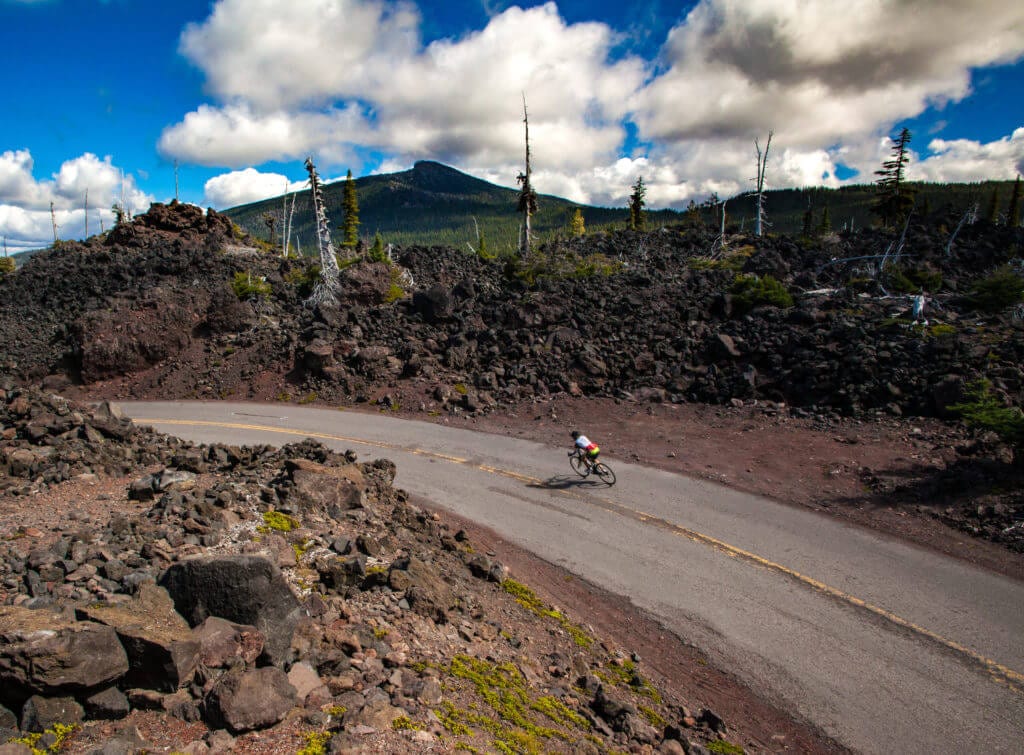 The thirty-mile, out-and-back ride from Sisters culminates at the historic Dee Wright observatory lookout, a one-of-a-kind structure carved out of solid lava rock by members of the Civilian Conservation Corps, some eighty years ago.  The intrepid explorer will also find distinct remnants of the 1860 wagon trail that was similarly carved out of the unyielding lava beds and remains largely as it was when the route was abandoned in the 1920s.

While it gains roughly 2,100 feet of elevation, the climb is spread gradually throughout the ride, particularly on the final eleven miles.

“For someone who is comfortable riding on roads and can handle a hill, it’s great ride,” said Alex Phillips, Oregon Parks & Recreation Department bicycle recreation specialist.

From Sisters, the ride cruises past horse ranches and into a thick forest of tall Ponderosa pines. The real climb begins roughly four miles in, but continues at a steady, manageable rate. The final five miles open up with views of the expansive lava fields. Mount Jefferson looms in the distance.

Boyd suggested continuing on an additional five miles of rolling highway to Scott Lake, before the pass begins the lion share of its 3,600-foot decent to the McKenzie River Valley.

“That section, in both directions, is just fantastic,” he said. 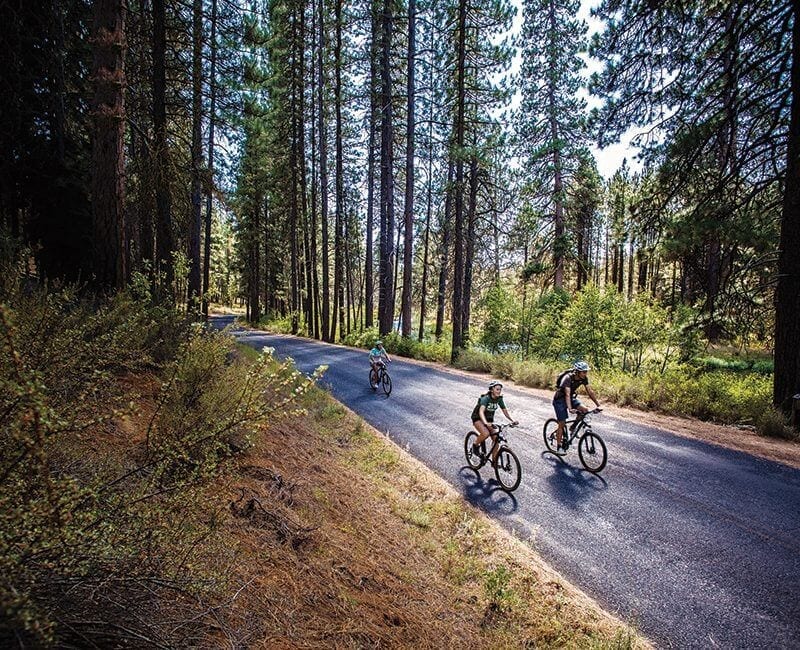 If climbing isn’t your thing, consider the Metolius River/Camp Sherman area. Formerly designated a Scenic Bikeway by the state, the region has a hidden gem quality, especially in the fall.

“It’s a beautiful area. People love riding there,” said Phillips. With the crystal-clear headwaters of the Metolius, historic Camp Sherman and a variety of roads are scattered through Ponderosa pine forest, offering loops from three miles to around twenty miles with options for thirty-mile plus rides. There’s something for everyone with minimal elevation gain and occasional mountain vistas.

“We tell people September and October are the best months to be here,” said Camp Sherman Store owner Roger White.

“Everything lines up perfectly. Once we start into fall the colors start and the weather gets even better. Traffic drops off a lot. Come the start of school, there will be a lot less people.”

“There’re some beautiful colors there,” he added, describing fall. “There’s nothing going on. You’re pretty much by yourself.”

ALONG THE WAY
Each of our three fall rides offer a variety of stops and sites along the way. Consider starting your day in Sisters with a morning coffee at Sisters Coffee Company or breakfast at Sisters Bakery. For additional ride information visit Brad Boyd’s Eurosports bike shop in town or nearby Blazing Saddles bike shop. Boyd, a longtime area resident, offers a number of beers on tap for post-ride celebration in the shop’s beer garden. In the summer, the shop hosts a number of food carts, which Boyd said may remain open on weekends through the fall. Three Creeks Brewery, just outside of Sisters on the way to Bend, also makes a solid option for a post-ride bite and brew. 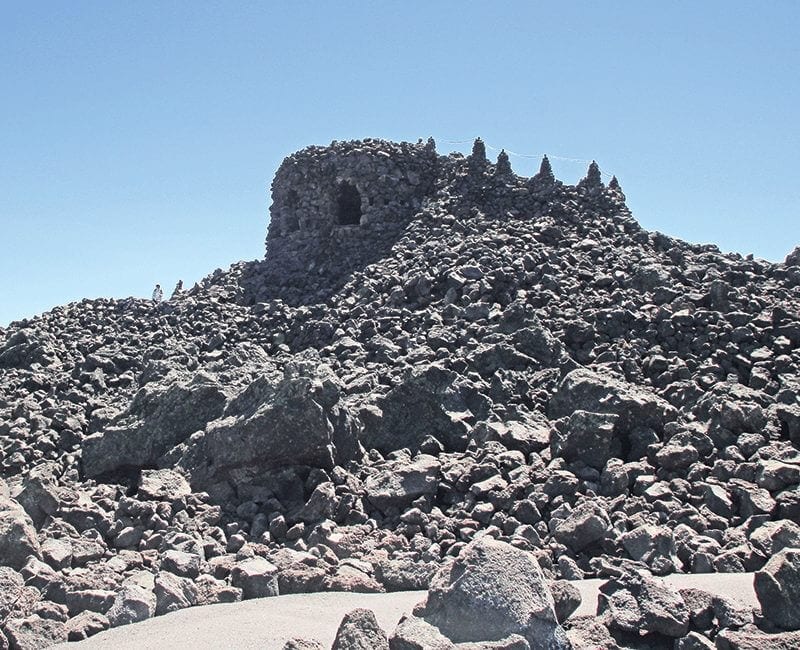 The lesser known Sisters to Smith Rock Scenic Bike Ride also makes for a great fall ride. Less prone to fall colors, the route from Sisters east through Terrebonne gives a taste of the High Desert without the blazing summer heat.

“People don’t tend to focus on it, and it’s spectacularly beautiful,” said Phillips. “A lot of people think it’s all downhill one way. It’s really not. It’s a lot of rolling hills.”

The thirty-seven-mile route (one-way) fluctuates within a range of 660 feet of elevation gains and losses. Phillips recommends it as a great introduction to bike touring, with camping options on either end of the route.

Boyd also suggested shortening it to an out-and-back by turning around where the route crosses the Deschutes River, a little more than halfway through the ride.

With its high desert climate, this route remains a solid option through much of the winter and long after snow has begun to fall on the Metolius area and McKenzie Pass.