Maxwell Friedman, a local piano prodigy, is making his big debut this summer with his first album, Beyond Neblar. 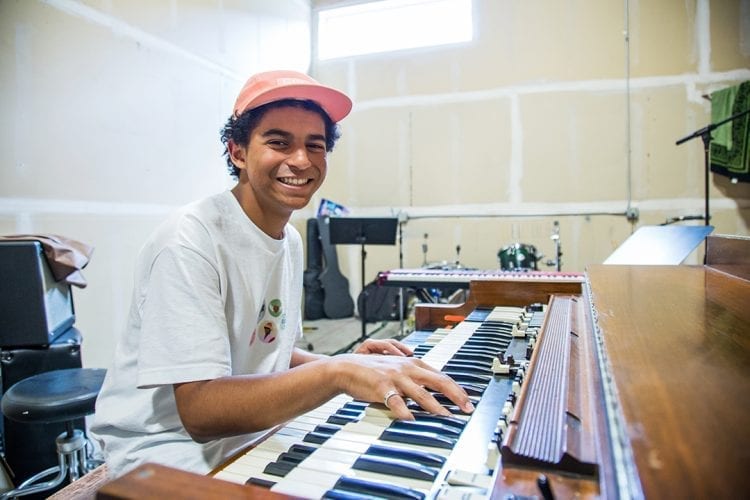 Maxwell Friedman is already coming into his own. The fifteen-year-old Bend Senior High School freshman has somehow figured out how to balance being a piano prodigy with being a teenager. He has recently released his first album, Beyond Neblar (Live In Bend), with the Maxwell Friedman Group (MFG). The album was recorded live at McMenamins Old St. Francis School and features nine tracks, seven of which are originals that Friedman penned himself. Amidst his busy schedule, Friedman found time to sit down with Bend Magazine to discuss his invitation to the High Sierra Music festival and where he plans to head in the future.

Christian McBride’s album Live at the Village Vanguard is a really good project that I need to listen to more. If you haven’t heard him you should start listening, he’s amazing. This next one is more a specific song that I’ll listen to all the time. “Pinzin Kinzin” by Avishai Cohen who’s an Israeli bass player; it’s kinda cool because there are very few Jewish jazz artists, and I am lucky to self-identify as one, being from a Jewish family. I just recently listened to the Tyler The Creator album Igor over and over again, because it has a lot of jazz and soul influences on it.

On Growing Up In Central Oregon

Living here has broadened my perspective on how I view music. You could be from one part of town and listen to a certain type of music and you could be further outside of town and listen to a completely different type of music, which is what is so cool about our community. I have gotten into bluegrass, and I used to not identify as a country music fan until I heard some of these bands like Greensky Bluegrass and other bands at the 4 Peaks Music Festival and Sisters Folk Festival. It’s an amazing genre if you think about it. 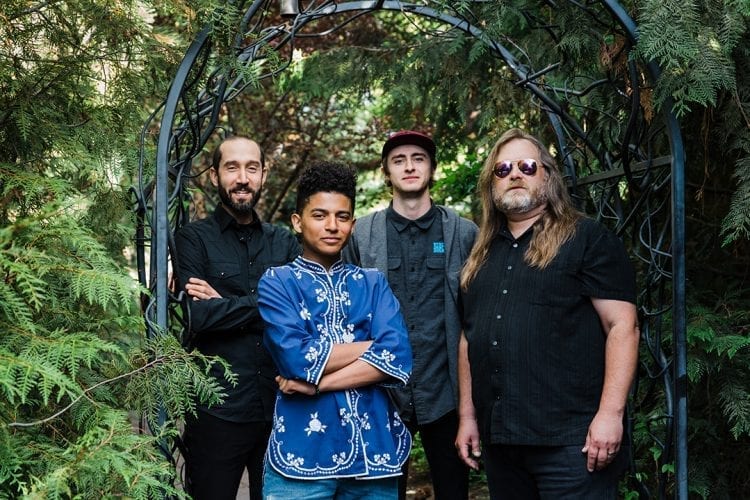 I think the biggest thing with balancing stuff, even though it seems like a paradox, is staying busy. When you have nothing to do, you will just waste your time doing random stuff like watching TV or playing video games. I do all the things that a teenager does. I find that prioritizing what I am doing really helps with staying organized, which naturally is very hard for me. I am a very ADD-type person so staying in one spot and doing one thing gets hard. Homework always comes first, then practicing music, then if I am done with all that I will either produce or hang out with friends.

I’ve been to the High Sierra Music Festival six or seven times. When I first went, I wasn’t super into the jazz stuff but over the years I would start to play with some of the musicians there and made my way up to sitting-in with musicians. This year I am officially an Artist-At-Large, which is a huge achievement that I have been looking forward to. I am really grateful to be part of that [High Sierra] family and have my name on the poster of a festival that I love.

I want to write at least 500 songs in the next thirty years. I would like to get to the point where I am composing something every week. I also want to work on giving back to the arts and to schools which is huge. I went to a magnet-turned charter school for middle school, and they did not have a music program. It was a different type of curriculum, which really helped my learning style but there’s very little funding for the arts programs in schools, and I want to make that available for kids.

Share This Article
« Seven Tips to Get You Eating Like an Elite Athlete
A Touch of Glass: Bend Artisan’s Stained Glass Revival »