Behind every piece of clothing comes a history book of culture, beauty and significance. At Madras High School, the Native American Student Union which runs under the support of the Papalaxsimisha program—and began after partnership with Gordon Scott from OHSU’s On Track program—now offers classes in moccasin making. Jillisa Suppah, a NASU mentor, said that Papalaxsimisha roughly translates to “together for education,” which is a nod to the goal of NASU as well: to give Indigenous students a space in school to celebrate their heritage through art and education. 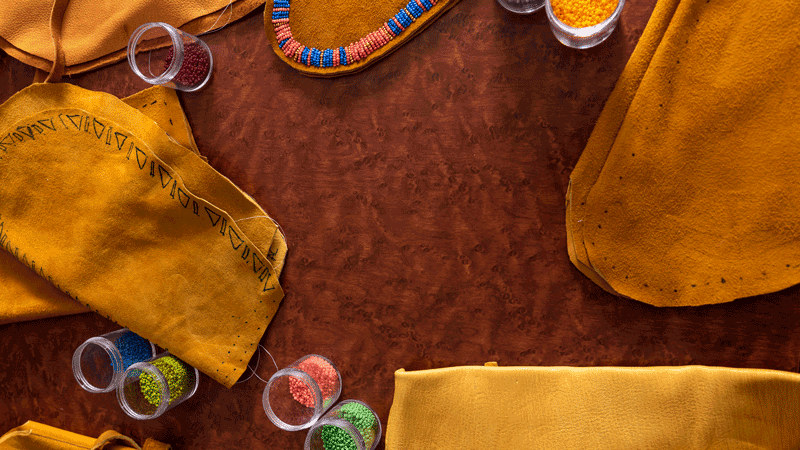 One mentor, Charlene Dimmick, learned how to make moccasins from her grandmother, which gave her the idea to pass the skill to students. “Towards the end of the school year we were talking about how students may or may not have their own moccasins,” she said. “A lot of our people stopped the practice or never had the opportunity to learn.” Now, rotating between the lunch hour and every other week after school—and in the summer—students have gone to the classroom of English teacher Clark Jones and learned from NASU mentors how to make the traditional footwear. These classes have also been a place for students to learn basket weaving and beading.

Dimmick explained that the mentors are teaching the style of moccasins that come from the Plateau region near the Columbia River; this is the same style that Dimmick’s grandmother taught her.

Suppah said that it eventually only takes a couple of hours—without any beadwork—to complete the moccasins. However, she’s noticed that for beginners and students, it can be intimidating on their first try. For example, sharp needles are used to poke through the thick material. “[Students are] using buckskin (deerskin), cut beads and seeded beads, with thread and beeswax,” she said. The fully embellished final products are a tangible representation of heritage carried into modern day. After hours of meticulous handiwork, vibrant, colorful beading and intricately threaded designs pop against the shoes’ soft material. 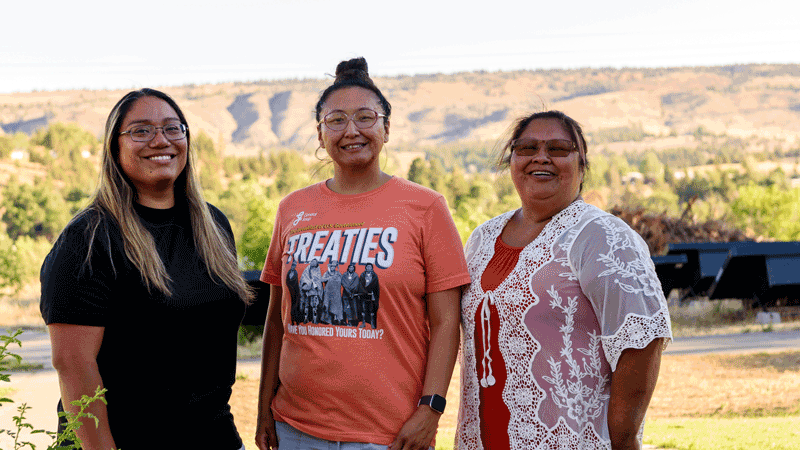 Although the class is meant for NASU students to learn and create, the lasting impression of passing a relic from the Plateau Native American culture does not stop at the high school level. “I’m new. I am learning all I can from Jillisa and Charlene. Being around the students has been a real blessing,” said Mable Jackson, another NASU mentor. “There’s so much talent within our community and [the students] are able to share it.”

Dimmick mentioned that a dream of hers is for students to eventually end up creating their own regalia during their time in the classroom. For now though, her hope is to “teach as many kids as I can who may not have that person to learn from.” The heritage and legacy of these moccasins lives on in the efforts of the students and mentors of NASU; the goal among the experience being that more Indigenous students will learn the craft, and that the moccasin tradition will carry well beyond the classroom.

Click here to read more about our local art and culture.