You are here: Home / Culture / Community / Meet the Student From Bend Suing the Federal Government

Tia Hatton is one of twenty-one students suing the federal government for failing to protect the nation’s youth from the effects of climate change. 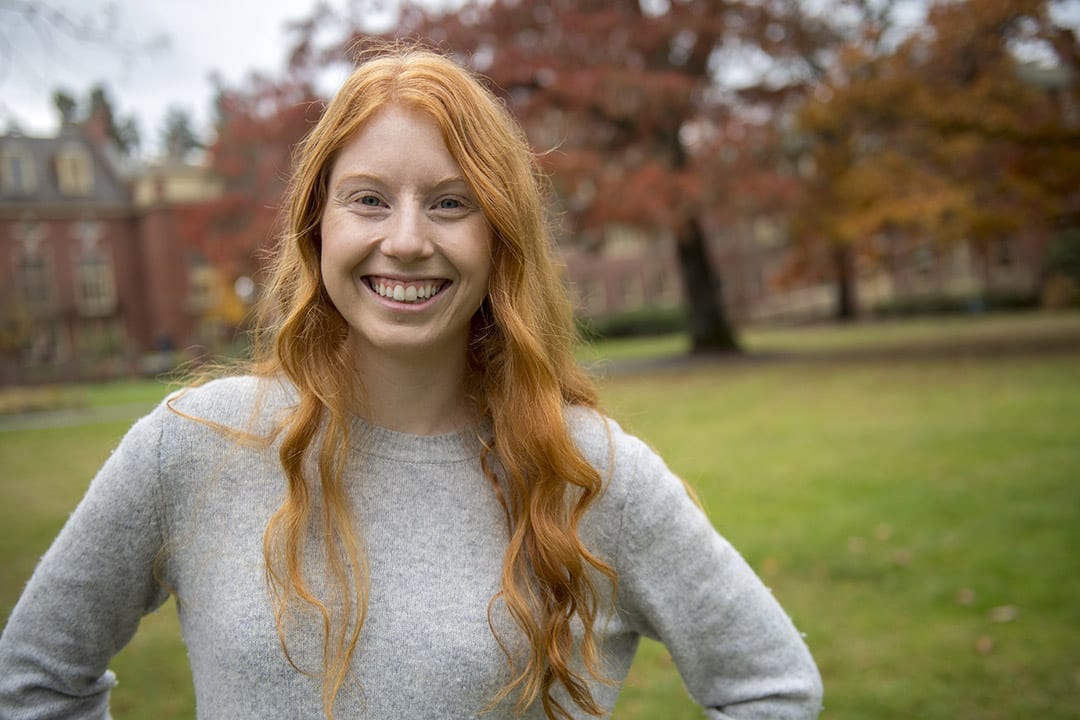 Tia Hatton, 21, grew up in Bend, and like many locals, spent time with her family hiking and playing outside. In high school, she joined the cross country and Nordic ski teams. She’s currently a junior at University of Oregon studying environmental science and nonprofit management. She also happens to be one of a handful of climate change student activists suing the United States government for failing to act on climate change. Hatton is one of twenty-one students in Juliana v. United States, a potentially landmark lawsuit put forward in 2015 by Our Children’s Trust, a nonprofit based in Eugene. The case recently reached the Ninth Circuit Court of Appeals, where the three-judge panel ruled unanimously that the case can proceed in the U.S. District of Oregon, a major step forward for Hatton and other plaintiffs. Hatton talked with Bend Magazine about being involved in the lawsuit and what it takes to change the climate conversation.

Tell us about growing up in Bend and your connection to the environment.

My dad’s family moved to Bend in 1969, and my grandfather Raymond Hatton completed his Masters thesis on tourism in Bend at the time, then taught geography at COCC for many years. Weekends during my childhood were spent in the outdoors. Some of my earliest outdoor memories are of being outside east of Bend in the high desert dust, sagebrush and juniper, as well as of walking along the Metolius River. As I grew up, I got involved in Nordic skiing and cross country. My favorite times in the outdoors are runs during the fall along the upper Deschutes past Meadow Camp. I also have fond memories of taking a break during a tough ski at Meissner, only to hear silence and feel in awe of the crisp, wintry scene around me.

Did you ever notice changes to the region’s climate or landscape?

My senior year of high school, low snow caused Nordic practices to be cancelled or solely held at Mt. Bachelor, because of its higher elevation. The following summer, all of Oregon was in a severe drought, and the wildfire season was bad. Those were noticeable changes, and science confirms the climate is shifting to higher average global temperatures and more extreme weather events.

How did you get involved in Our Children’s Trust?

In the spring of 2015 I heard about a meeting for high schoolers interested in taking local action to curb the effects of climate change, my friend and I attended. That’s when I got connected to Our Children’s Trust YouCAN, Youth Climate Action Now. In the meeting we learned about the successful efforts of Eugene youth to ask their city council to pass a climate ordinance. That’s when the other high schoolers and I decided to pursue similar actions to urge action on the part of our city council. I never ended up participating in these activities, as I moved to Eugene a few months later. Kelsey Juliana, who is the lead plaintiff on our case, emailed me asking if I wanted to take meaningful action to stop human caused climate change by suing the U.S. Government. I said yes.

What has the experience of being involved in the lawsuit been like for you?

Being a plaintiff on this lawsuit is a tremendous experience. I’ve learned about the government’s long-standing knowledge of the harmful effects of increasing carbon dioxide pollution and other greenhouse gases. I’ve experienced the intricacies of our court system after attending multiple hearings. It’s extremely powerful to hear our stories being told in front of judges and the Department of Justice lawyers. The lawsuit has attracted media attention, and I’ve been interviewed by CNN, MSNBC, Global Citizen, the Youtube channel Soulpancake, have been on C-SPAN, and more. I’m passionate about the subject, and the route we are taking as young people. I wish the U.S. government, and global community had listened when they first realized the science, and rapidly started making changes and advancing renewable energy technology. It is unfortunately a topic tied to politics. Due partly to this, there is some negativity from people who either don’t believe in human caused climate change yet, or don’t care to understand the importance and necessity of the case.

What kinds of changes would you like to see in Bend to reduce our impact on the environment?

I’m impressed to see solar going up around the city, and I commend those who support it. The city council has adopted a climate resolution. However, it isn’t binding in any capacity, and there is a lot of work to be done. It’s important for business owners, especially those who rely on tourism, to understand that climate change can negatively affect their business. I think it’s a good step in the right direction, however, climate change is already happening, and every year without concrete action to curb emissions just means that much more carbon dioxide in the atmosphere, where it stays for a long time.