Bend Beer Yoga is a new event that brings together two of Bend’s favorite pastimes: drinking beer and doing yoga. 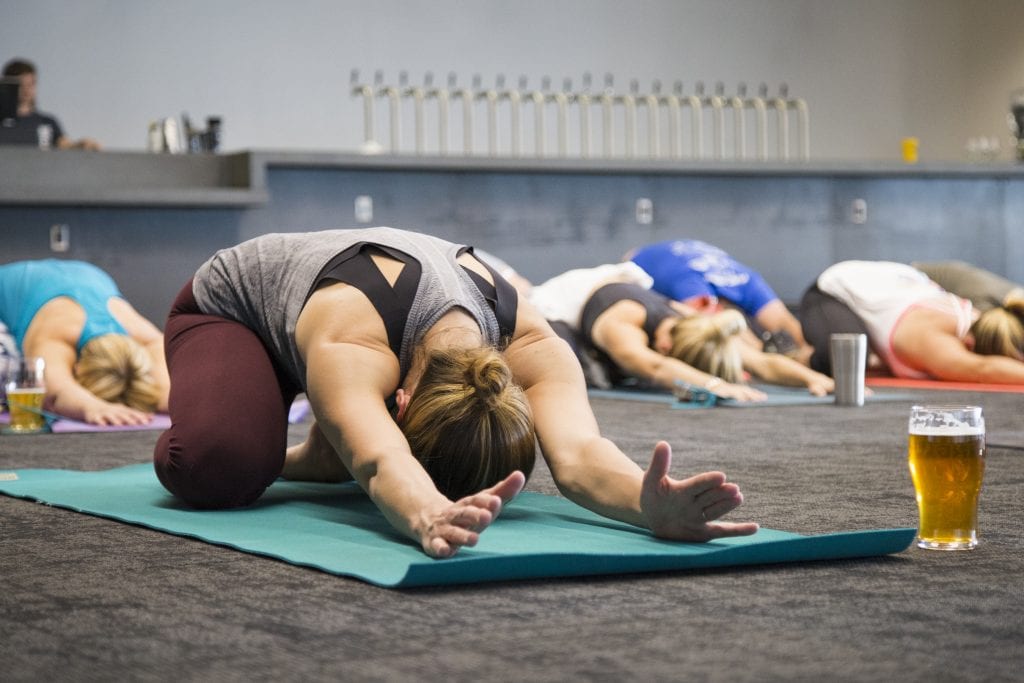 “They tell you to ‘be present, be here.’ For me, when I take a yoga class my mind tends to drift,” said Bend Beer Yoga creator Cady Lindsey. “When you’re holding a beer, and trying to balance at the same time, you can’t help but be present because otherwise you’re going to spill your drink.”

Lindsey said she’s no yogi, but yoga was the most helpful thing she tried while recovering from a car accident. After reading about beer yoga in Germany, Lindsey eagerly looked for a class in Bend.

“When I realized it wasn’t being done here, I thought that it should be,” she said. “It was an ‘If you build it they will come’ sort of situation. Bend people are active. They want to do more than just sit at a bar.”

A successful kick-off class of twenty people at Worthy Brewing in September turned into a full autumn schedule booked at watering holes around town, including 10 Barrel’s new location, GoodLife and Bendistillery. Bend Beer Yoga classes are taught by one of four local yoga instructors. Each instructor brings their own music and style, so classes can range from restorative to flow.

“It’s meant to be pretty beginner and accessible to anyone [who is over 21 years of age],” said Lindsey. “It’s interactive. There’s a lot of ‘cheersing’ and laughing going on.”

So far, class demographics have matched Lindsey’s vision: all levels of yogis, a variety of ages and a ratio of at least one male to every three females. Attendees can even borrow a cup holder to avoid party fouls.