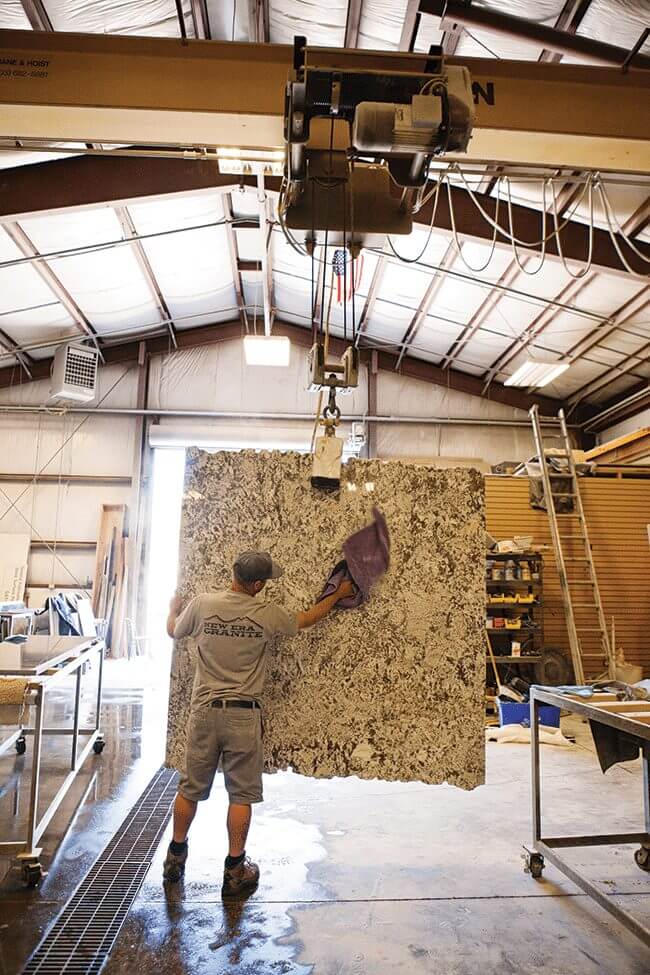 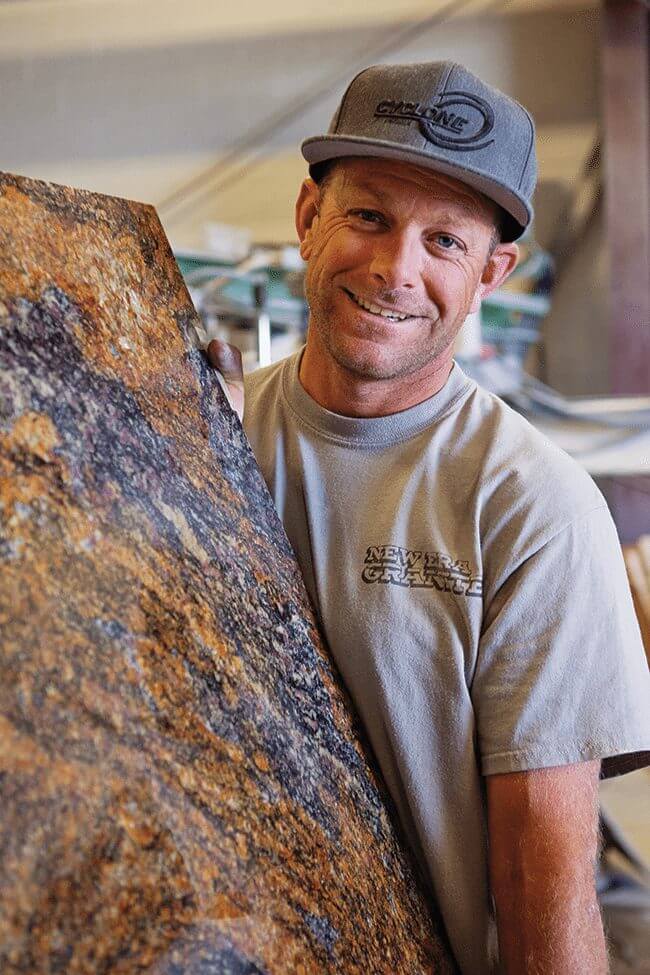 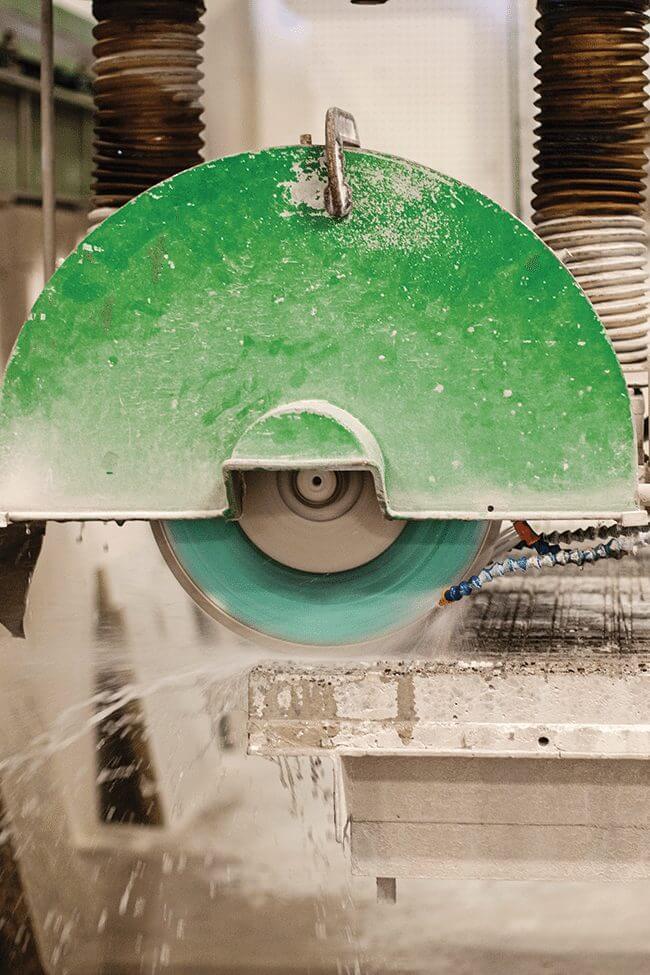 In his shop in northeast Bend, Jorma Nagel waxed poetic about granite. “There are a lot of materials, but granite is the real thing. It has the beauty and uniqueness of natural stone, and the depth of time.” And, he adds to further bolster his case, “since the recession, the price of granite has actually gone down.”

“We can, and have, put granite just about anywhere,” explained Nagel, owner of New Era Granite. Nagel recently completed an installation with a kitchen wall of bookmatched granite in AJ brown and a black granite island counter. Other unusual projects have included an interior wall with a window of honey-colored onyx, and a house with all the window trim—including that for the skylight—made of granite. Not every job is that large; more diminutive projects have included the counter of a 30-inch vanity and cutting 2-inch by 2-inch squares for an artist’s project. “We can do anything you want with granite, except bend it,” he said.

While Nagel gets most of his materials from Portland (“a lot of places left Bend during the recession,” he explained), much of the granite itself comes from Brazil, China and off the coast of Japan. Nagel often encourages his customers to go to Portland to pick out their stone in person, because it is much easier to see granite’s patterns and depths in a whole slab—rather than in a showroom sample.

Once the granite is chosen, a template is made to the project’s dimensions. With the template complete, the granite is lifted by a five-ton crane to a bridge saw. “We try to keep lifting to a minimum within the shop,” explained Nagel.  “Granite is very heavy, probably twenty pounds a square foot and it needs to be carried so it won’t collapse from its own weight.”

Sinks are cut out and pieces are cut to the template, along with special features if a client has requests. Nagel has integrated drain boards into counters, cut backsplashes in the silhouette of the Cascades and “can sandblast any design you want into stone.” Edges are also finessed at this stage. “Everyone wants a flat squared edge now because it’s a more modern look—ten years ago everyone wanted a fancy edge like a curved ogee.” Whatever the trend, however, a simple rounded shape provides the strongest edge.

Once cut, the stone is polished into one of three finishes: high shine, antique or leather, or honed. “Polishing may be the most difficult part,” said Nagel. “It takes about a year-and-a-half of training before someone can polish without being supervised. It’s a real art and some people just can’t do it.”

The final step is installation, which is also tricky because of the weight and size of the pieces. Once installed, however, Nagel is confident in his product. “It took more than a million years to make,” he said, “and it’s going to last for a lifetime in your house.”

Most of Nagel’s business is by word of mouth. His advertising has been limited to a counter in a Tour of Homes house and sponsoring his daughter’s soccer team. “About 25 percent of my business is remodels; the rest is new construction for custom homes. I love it when homeowners come straight to me. We do things the old-school way. I like to see people’s reaction when they see the finished work.”