Nab a direct flight to sunny San Diego for a warming winter getaway. 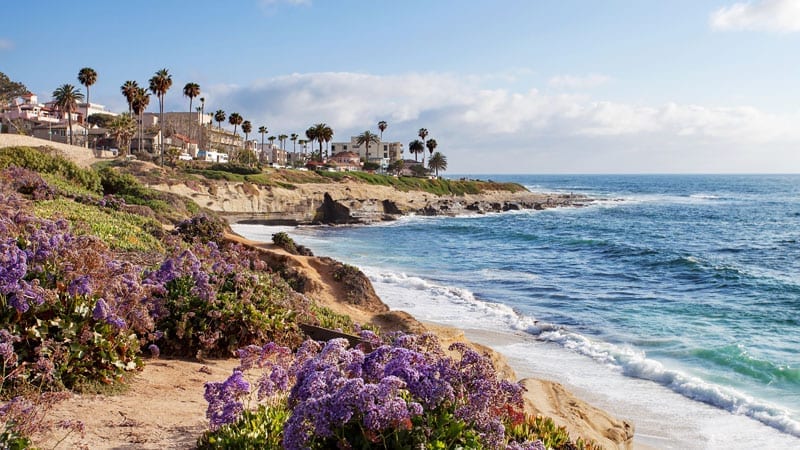 I pushed my toes into the warm sand of Coronado Beach, the Pacific Ocean lapping waves to shore in the near distance. A rented red beach umbrella cast shade over our temporary parcel of beach real estate in front of the Hotel Del Coronado. A cooler at our feet held a picnic for later, a magazine lay forgotten by my side, and the operative word was “lazy” as we kicked back in wooden folding lounge chairs and basked in the balmy air of San Diego’s Coronado Island.

Come late winter in Central Oregon, it’s not uncommon for cabin fever to take hold. Too many days of shoveling snow in dense layers of clothing and maneuvering cars down icy streets can just plain wear a person out. A warm-weather vacation is the logical cure. Several direct flights depart the Bend/Redmond airport to arrive in just a matter of hours in decidedly warmer climes, including San Diego.

My husband and I were treating ourselves to three nights at the historic, iconic Hotel Del Coronado. Opened in 1888, the Del (as it’s affectionately known) was the largest resort hotel in the world at the time of its construction. Built entirely from wood, this majestic structure has survived its many decades when so many others of its ilk have succumbed to fire, rot, or the bulldozer. Just another reason to appreciate this stunning property. Victorian in design, the hotel is painted in white with striking red peaked roofs. Equal parts history and luxury are all around. We rode the creaky, antique elevator—complete with a human elevator operator—to our modest but lovely room, before choosing the Babcock and Story Bar for a post-flight lunch with a view of the sea.

The sprawling grounds are elegantly landscaped, and there are plenty of places to tuck in and relax around the property. Several pools, a variety of bars and restaurants and a central courtyard vary the experience for the Del guests. But if the ocean is near, you can be sure that is where I will be. The wide, flat beach of Coronado Island is popular for walking, surfing and lounging, and overlooks the Pacific with a view of Point Loma to the north. With the proverbial “nowhere to go and all day to get there,” my husband and I napped, sipped and snacked away the afternoon in the sunshine, not missing the winter weather of home one bit. 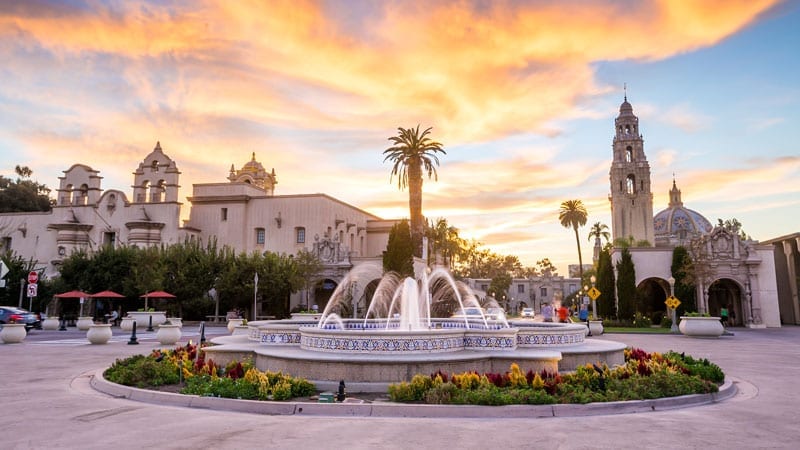 Traveling with the family? San Diego will fit the bill. Several years ago, I took a not-quite-as-romantic San Diego trip with my parents and my young children. That visit revolved around the theme park trifecta of the San Diego Zoo, Lego Land and SeaWorld. At 100 acres, the San Diego Zoo is one of the largest in the world and is as immaculately landscaped as it is an ideal place to see many animals from around the world, including the giant panda. On par with the zoo, SeaWorld is one of the biggest and best aquariums and aquatic attractions in the world. Book seats at the live animal shows, including Orca Encounter and Sea Lions Live. Note: They aren’t kidding when they warn the audience they’ll get wet in the “splash zone.” Legoland will thrill the kids for the rides, and the adults might find they geek out on the large sculptures throughout the park, truly made entirely from Legos.

The 1915 Panama-California Exposition was cause for the construction of this expansive park, now registered as a Historic Landmark, which includes gardens, seventeen museums and cultural institutions, restaurants and shopping. If you’re with kids, visit the historic carousel and the Natural History Museum. On your own, take a self-guided tour of the diverse architecture found throughout the park, including the Spanish Renaissance-style structure Casa De Balboa and the Balboa Park Botanical Building, which features more than 2,000 plants from orchids to cycads.

About as classic Southern-California-lifestyle as it gets, the three-mile stretch of Mission Beach is excellent for strolling, people watching and sunbathing. While the spot is popular with surfers, the waves are mellow enough at shoreline to encourage kids (and maybe adults too) to splash in the ocean. Belmont Park anchors the central stretch of the beach, and is an East-coast style seaside amusement park not to be missed, with a historic roller coaster and street performances. 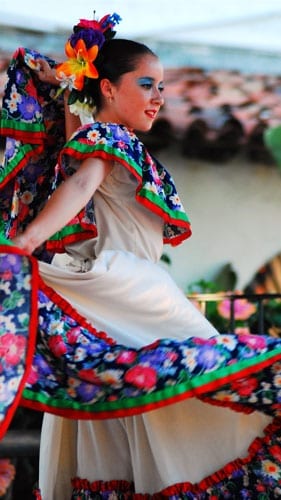 Even the largest American cities started small at some point, and Old Town San Diego is the historic heart of the city and the place to see the heavily Spanish- and Mexican-mission influenced beginnings of the city’s first settlement. Museums and historic sites are dotted across these blocks, as are contemporary restaurants, shops and hotels. Don’t miss the 160-year-old Whaley House Museum (which is possibly haunted) and the Casa de Estudillo, an authentic adobe home restored with vintage furnishings to demonstrate life 150-plus years ago.

In view from Coronado Beach is Loma Point and the Cabrillo National Monument, the first place a European explorer set foot on the West Coast. He was Juan Rodriguez Cabrillo, the year was 1542, and the monument that exists here today is named after him. A hilltop statue commemorates Cabrillo, and is also the point from which visitors take in amazing views of San Diego and the sea, and in the right season, migrating whales. Walk to the historic Old Point Loma Lighthouse, restored to its 1880s appearance.

When it comes to weather, San Diego can offer a welcome respite from Central Oregon’s freezing mid-winter temps. However, despite its numerous beaches, San Diego is not the tropics. The proximity of the ocean and San Diego’s unique geography result in a Mediterranean climate. In January and February, daytime highs average in the mid to upper 60s. But you may encounter cooler weather. Smart travelers will plan a vacation with activities suited to a host of weather conditions.

While air travelers have long been able to reach San Diego from Central Oregon, a new direct flight from Redmond takes the layover out of the equation. The route was announced in August 2019, one of more than a dozen new direct routes on the West Coast provided by Alaska Airlines. Other direct flights from Redmond include non-stop service to Los Angeles and San Francisco.