You are here: Home / Adventure / A few days float on the remote Owyhee River

Every bend in the Owyhee River hides something new and enchanting. On this stretch of remote river near the Oregon/Idaho border, canyon walls of black basalt and red rhyolite rise up to 2,000 feet before giving way to wide-open, sagebrush-covered badlands. From the water, paddlers can spy 14 million years of geologic history in towering rock formations, etched petroglyphs and bubbling hot springs. 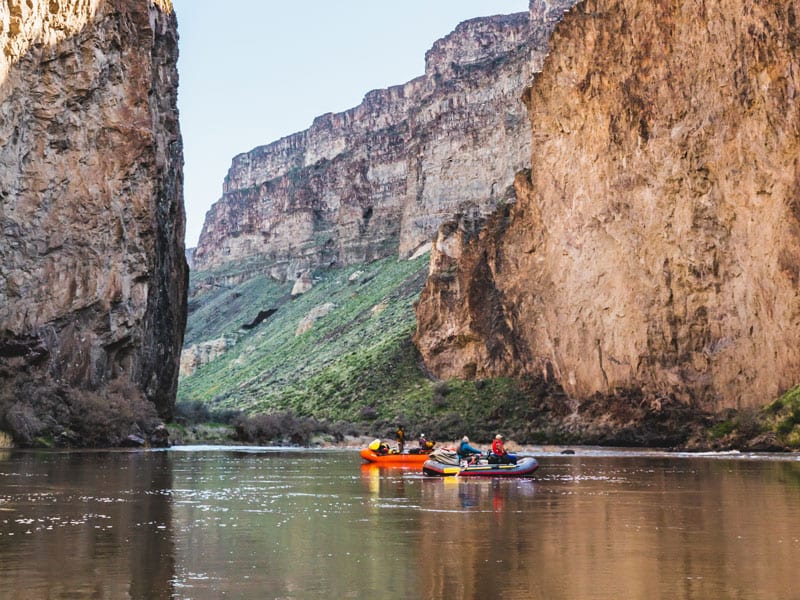 And much of that scenery looks just as it has for thousands, if not millions, of years.

The 280-mile Owyhee River spans three states, originating in northeastern Nevada, and cuts through the heart of the 2.5-million-acre Owyhee Canyonlands—one of the most remote, inaccessible regions in the country. And with only three paved roads crisscrossing the region, your best bet for exploring this wild expanse is from the seat of a raft or kayak on the Owyhee River.

Even with the drive—at least four hours from Bend—getting on the water is easier than you think. Follow our journey through the Owyhee and plan a trip of your own. 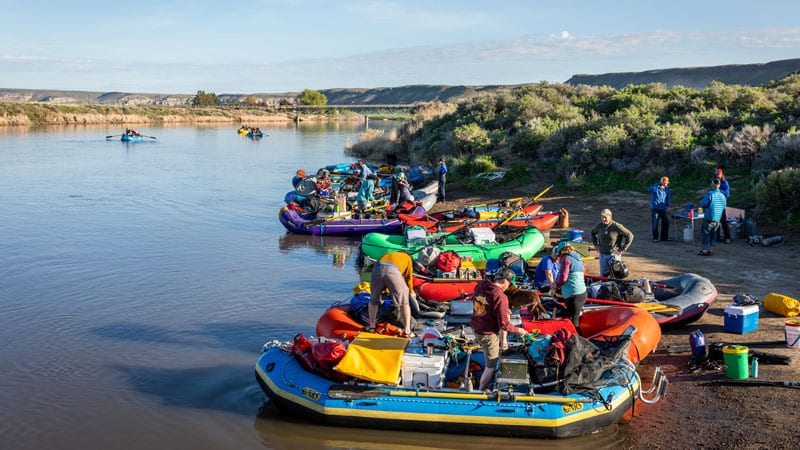 Millennia by the Mile

Hunter-gathers roamed the Owyhee as many as 10,000 years ago, and petroglyph carvings—still visible today—indicate that Native Americans hunted and lived in the region for centuries.

More recently, a group of North West Company fur trappers became the first non-Native people to enter the Owyhee in the winter of 1818-1819; three Hawaiian members of the party left to explore but never returned, and the river was named for the trio (using the Polynesian pronunciation of “Hawaii”).

The first white settlers arrived in the 1860s to establish cattle ranches on the vast rangeland, and Basque sheepherders followed suit in the 1870s. More than 150 years later, ranching remains an economic driver and way of life in the region. 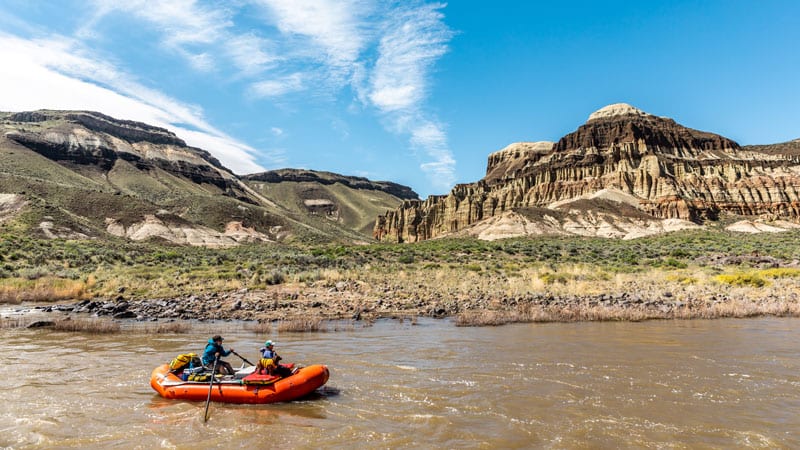 Wild on the Water

With a little know-how and planning, the Owyhee River is accessible to paddlers of all abilities. The high season for paddling is generally March to June—but check with the Bureau of Land Management office in Vale before heading out. Water levels and temperatures can fluctuate wildly, and heavy rain can render some roads impassable. And note that all paddlers must fill out a free self-registration form at each of the approved put-in sites before launching.

Paddlers generally put in along one of two stretches of river: the Lower Owyhee River and the Middle Owyhee River, both offering wildly different experiences.

The most common put-in site along the Lower Owyhee is near the hamlet of Rome, roughly four hours southeast of Bend. Trips along this stretch navigate Class II to Class III+ rapids through Sweetwater Canyon and the wide-open Chalk Basin before arriving at Birch Creek or Leslie Gulch. 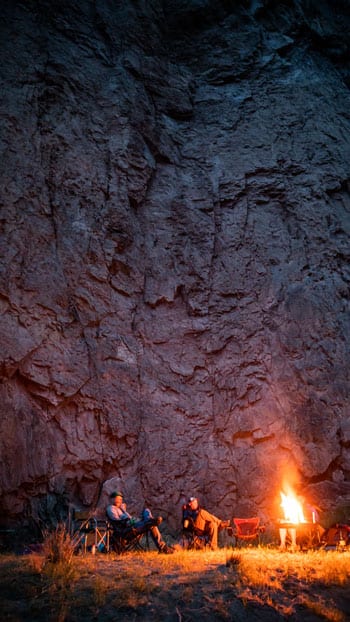 Most paddlers on the Middle Owyhee, meanwhile, launch at Three Forks—a nearly six-hour trek from Bend—and take out at Rome. Experienced rafters enjoy the fast-moving, more technical Class IV and Class V rapids along this less-traveled stretch, which hosts some of the most dramatic canyons and red-rock formations in the whole Owyhee River basin.

Experienced paddlers can tackle the river’s rapids alone. Others choose from several outfitters that make the journey easy by providing multi-day trips that include shuttle services, meal preparation, campsite setup and teardown, and recommendations for smooth navigation.

At the end of each river day, unwind with a soak in hot springs along the Lower Owyhee, hike to nearby rock formations, spy wildlife (from raptors to California bighorn sheep), or gaze upon the stars glinting down from some of the continent’s darkest skies.

Take a little of the Owyhee’s beauty and serenity home with you, until next time.