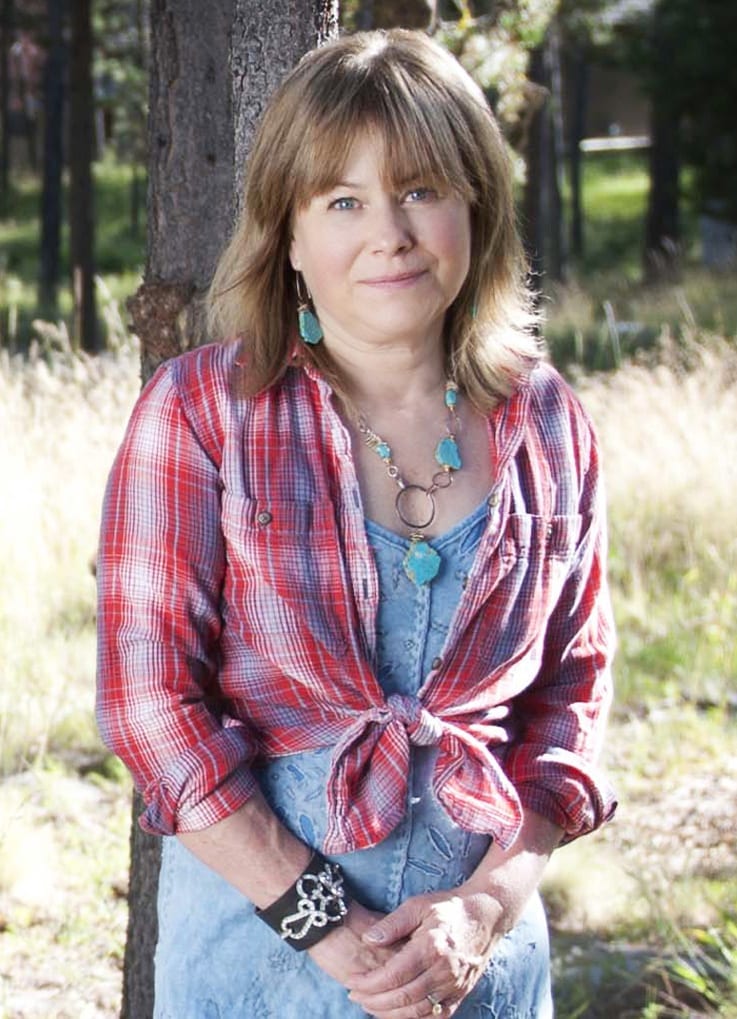 If you’ve flown out of the Redmond Airport in the past year, then you’ve encountered Patti Calande’s handiwork. Calande is the Bend artist responsible for the giant red, white and blue tapestry that hangs near the main airport entrance. Calande, along with about two dozen of her artist friends, created the handstitched patchwork American flag from repurposed T-shirts as a fundraiser for the Central Oregon Veteran’s Ranch. The flag was included in a raffle that raised thousands of dollars for the Redmond rehabilitation facility. The owner of the winning ticket donated the flag in turn to the airport.

This is the kind of project that perfectly blends Calande’s progressive community vision with her talent for developing practical artistic collaborations.

Calande said the idea of the flag came amidst the backdrop of toxic discourse in this country. She felt the flag was one symbol that everyone could support.

“Each unique piece when stitched together creates a symbol of unity, freedom and the resilience of our community,” explained Calande. “When you see this flag, you’ll notice each piece is uniquely different, each one made by different hands, each set of hands with their own experiences, background and religion.”

Now in her second decade in Central Oregon, Calande moved with her husband and children from Santa Cruz to Bend in 2004 for a lifestyle change, where the family could enjoy more nearby outdoor pursuits like mountain biking, hiking and skiing. She also found a small but thriving arts community. The first year here, she immediately connected with other artists.

“I feel especially thrilled when I can repurpose something, saving it from the refuse and giving it a new life.”

So, it’s no surprise that Calande has once again brought together the arts community to help Un-bag Bend, a community-driven initiative that aims to eliminate single-use plastic bags in Bend. Recently, Calande invited her friends to bring their sewing machines and scissors to her home to make shopping bags from—you guessed it—used T-shirts.

“In a few hours with about nine or ten women, we made 200 bags that will be distributed around Bend later in the year,” explained Calande. “It just goes to show many hands make light work.”

Though not everyone may agree on a wholesale ban, most Bendites can endorse the idea of making better alternatives readily available. That’s where Calande blends her plastic bag politics with her passion for artistry, providing an environmentally friendly alternative with a touch of local style.

Share This Article
« 12 Ways To Make The Most of Winter
Bend Couple Biked 18,000 Miles From Alaska to Argentina »