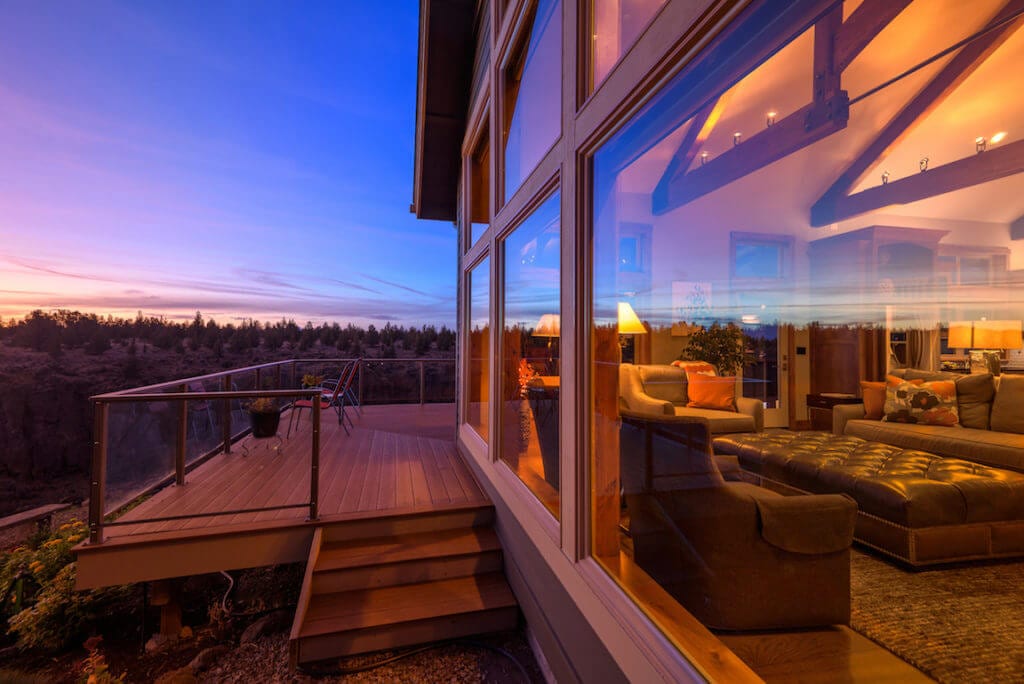 A luxury riverside home emerges from the ashes with distinctive modern elements blending into its steep, rocky perch as if it had landed there.

On a Sunday morning in April 2013, two longtime Bend residents returned home to find their house had burned to the ground. Fire inspectors called it one of the hottest fires they’d ever seen, completely consuming the structure in less than two hours. Even the foundation was unsalvageable.

After demolition, the owners hired a restoration company to rebuild the home. Five months after the first company had begun, it submitted the first budget–a single page that revealed more than half of the maximum insurance coverage was spent on 25 percent of the work. The homeowners turned to Bart Mitchell of Stillwater Construction, who happened to have grown up next door, to salvage the mess.

Mitchell compiled a five-page construction budget for the remaining tasks.

“We reined in the excessive cost expenditures and ended up completing their home within the allotted insurance coverage amount, with even more custom finishes than they had planned,” he said.

Mitchell had known the family for years, but he worked with them as he would any other client. “I only build a few homes a year and I manage them all personally,” he said. “I’m very hands-on with the planning, management and design.”

With postcard-worthy views surrounding the home, inspiration came easily for Mitchell. Located on the rimrock overlooking the Deschutes River with views of the Cascade Range, the home was designed to maximize the views and capture the sound of the flowing river below. The house is oriented toward the south, where the view of the Cascades is perfectly framed by the river canyon walls. The great room features two-story window walls showcasing that view while the master bedroom looks directly out at the canyon and mountains.

“We made the deck massive, and because the original home had been there so long, we were able to maintain the nearly overhanging location of the deck with a view straight down to the river,” Mitchell said.

The 3,300 square-foot, rustic-modern home has two stories with three bedrooms, an office, two- and-a-half bathrooms and a two-car garage. The exterior is composed of durable James Hardi siding and stone. The interior features wide-plank, distressed oak flooring as well as reclaimed barnwood for the mantle and stairs. “We also did blown-in cellulose insulation in all of the exterior and interior walls to exponentially increase the value of the insulation and drastically decrease sound transmission,” he said.

One standout is the bathroom. “We created a backlit, onyx countertop in the powder room with an onyx vessel sink that uses LED lights hidden below the surface–the entire form glows when lit,” Mitchell said. “The bathrooms are otherwise made of porcelain tile and natural stone with granite and quartz slab countertops.”

Mitchell custom-designed another special element for the homeowner, an avid fly-fisherman. He embedded a three-foot-long copper steelhead in a thick concrete countertop for the upstairs bar area. “That thing weighs over 1,500 pounds–it had to be wheeled into place ‘Egyptian-style’ across temporary beams,” he said.

In the kitchen, a combination forty-eight-inch, professional-grade double oven offers the home chef plenty of options. On the rimrock overlooking the river canyon, Mitchell installed a custom stone bench made in remembrance of the homeowner’s late son.

What began as a near-catastrophe remodel ended in one of Mitchell’s proudest moments in his career.

“Had the homeowners proceeded with the original restoration company, they very likely would have run out of insurance money and would have had to pay out of pocket,” he said.

“They likely would have had to sell the home just to break even. With careful planning and strict budget management, I was able to bring it back in line and introduce some really fun, custom elements they had wanted but didn’t think they could have.”

Golden eagles nesting in the canyon walls surrounding this home required Bart Mitchell and his construction team to adhere to regulations for protecting the birds.

In Deschutes County, the Oregon Department of Fish and Wildlife requires a quarter-mile construction setback from the nest site.

Loud, disruptive outdoor construction is also restricted between February 1, when the raptors are laying their eggs, through August 1, when their young are fledging and getting ready to fly.

Mitchell’s team was able to run small saws and nail guns, but could not use loud machinery that vibrates significantly. 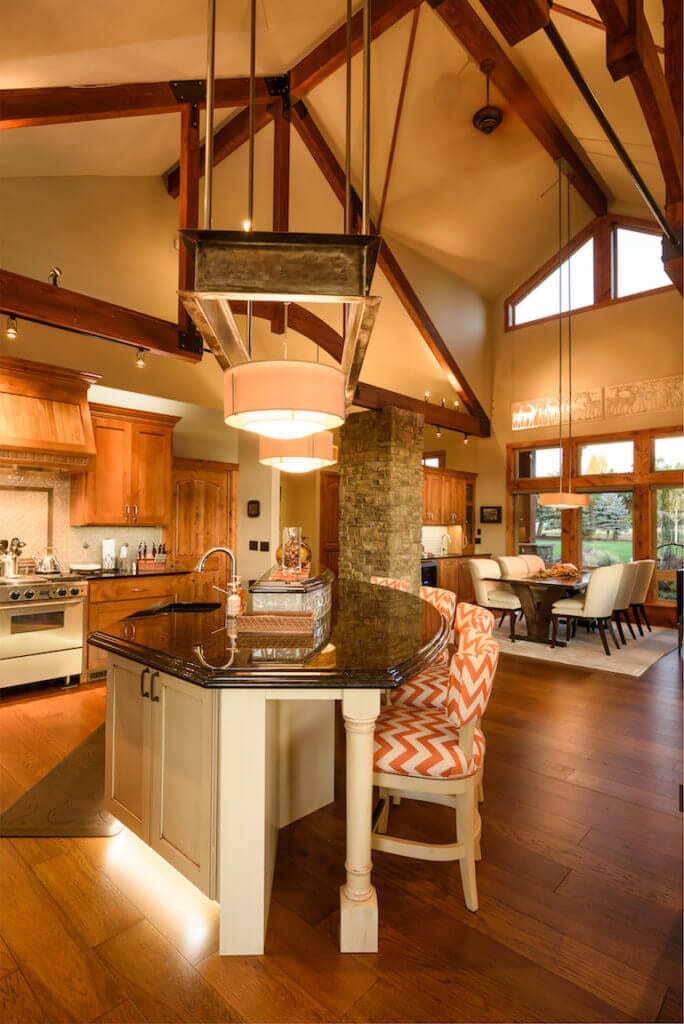 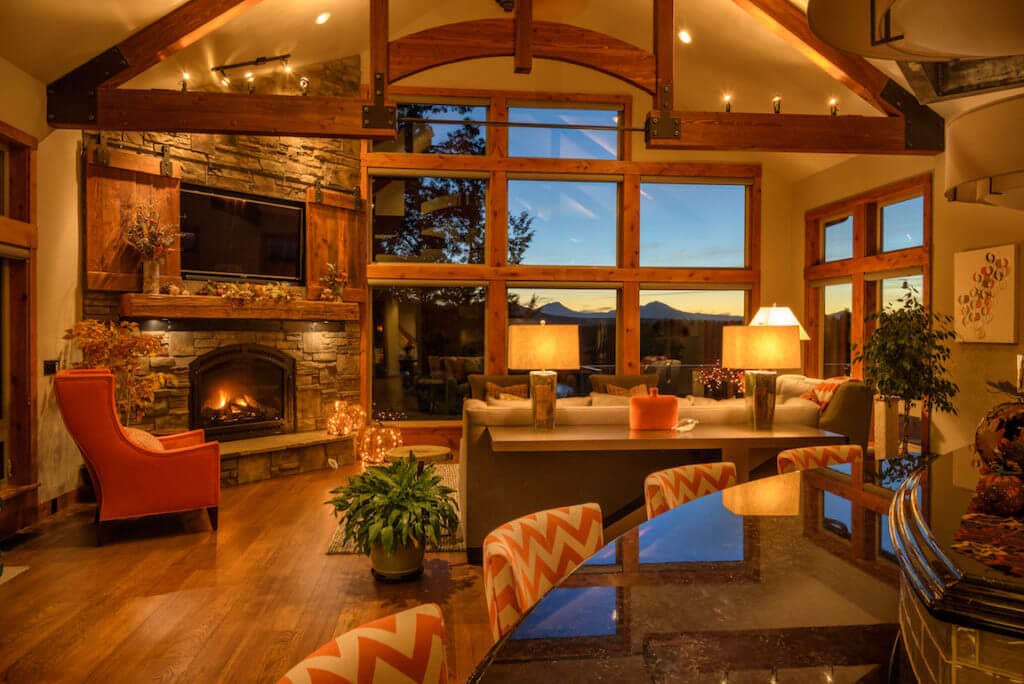 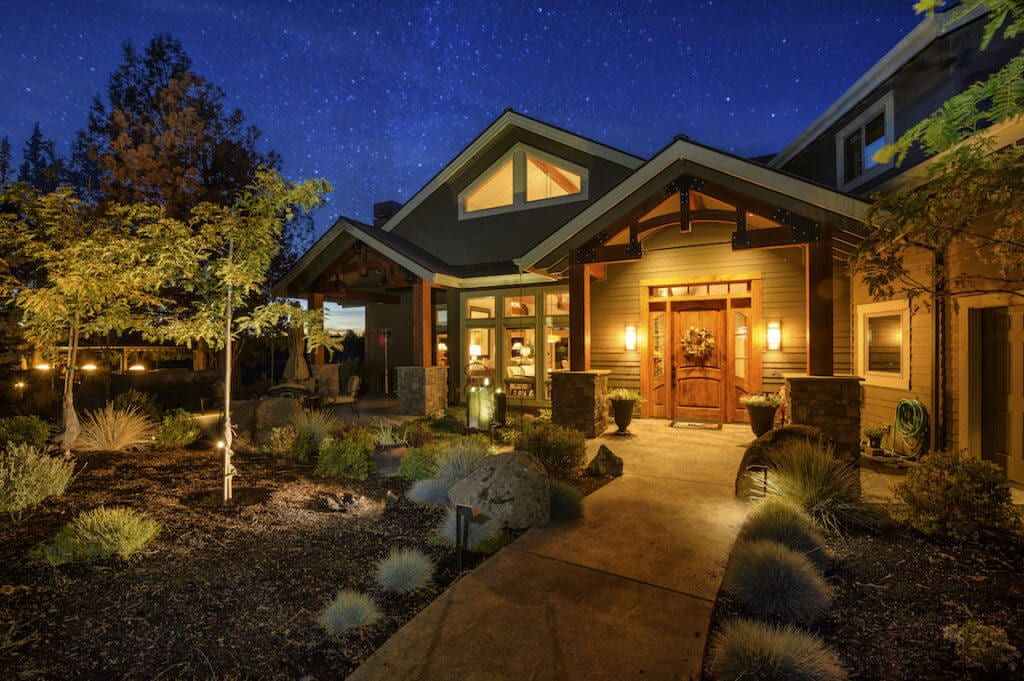 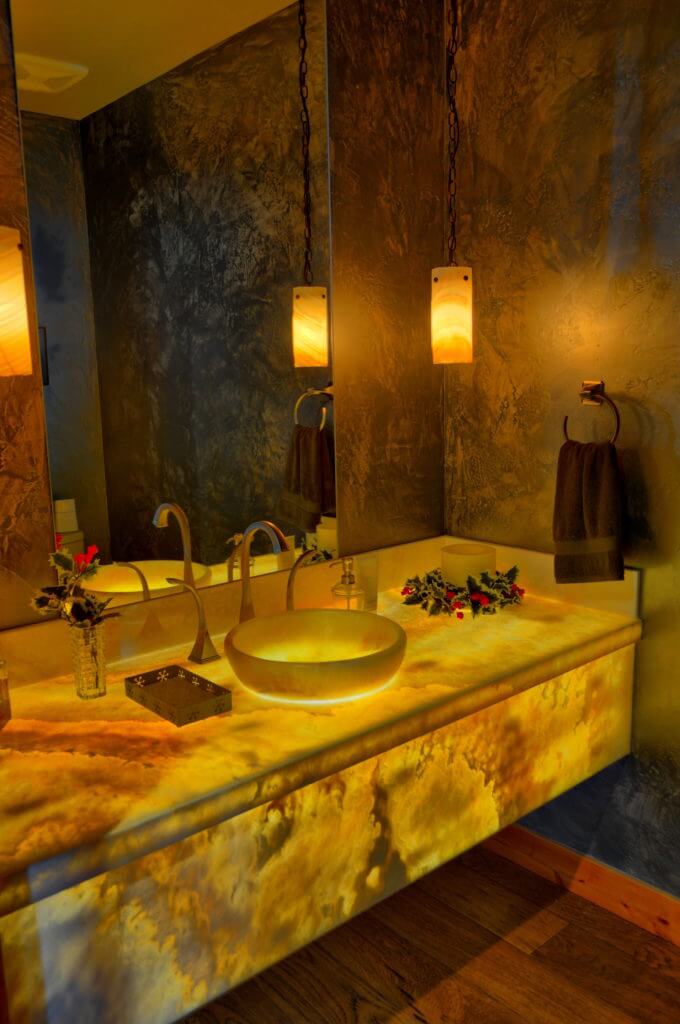 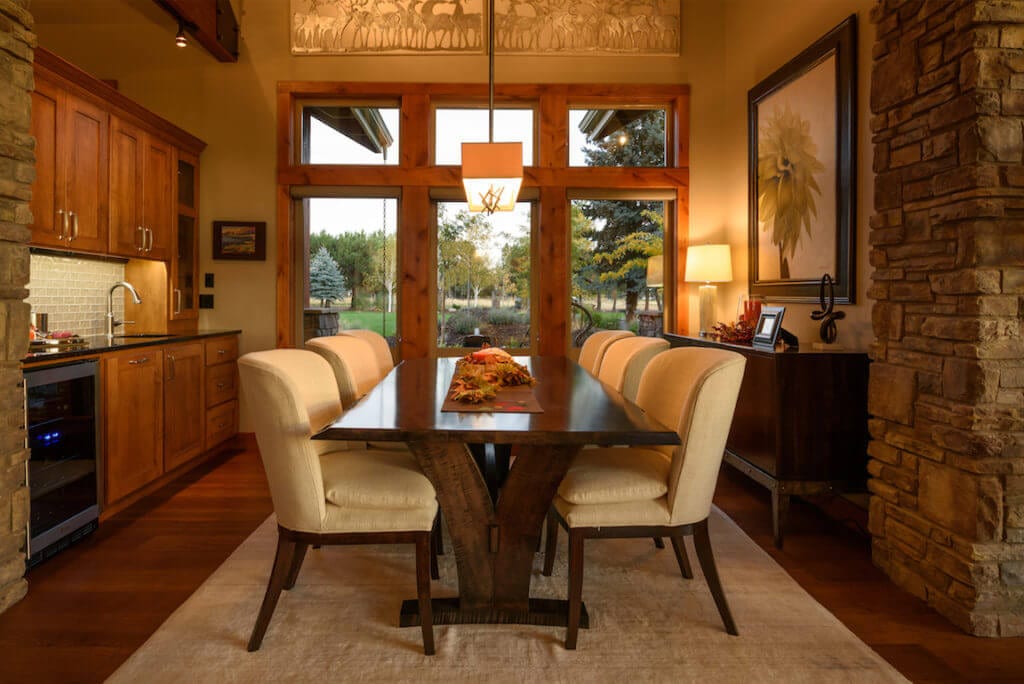 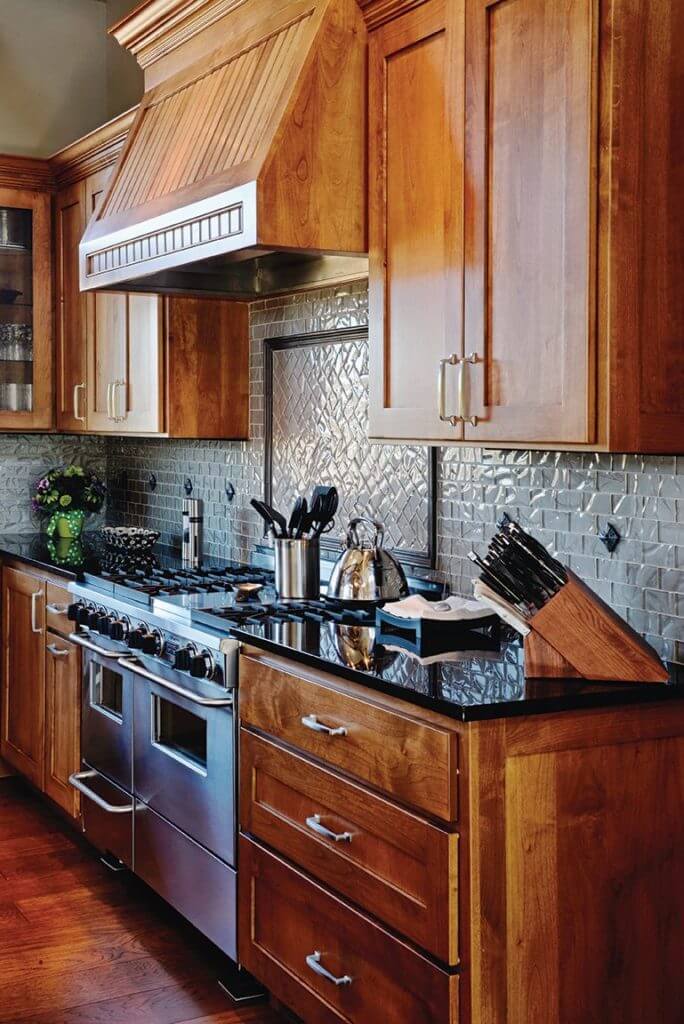