You are here: Home / Business / Cascade Lavender is a Purple Oasis in the Heart of Central Oregon 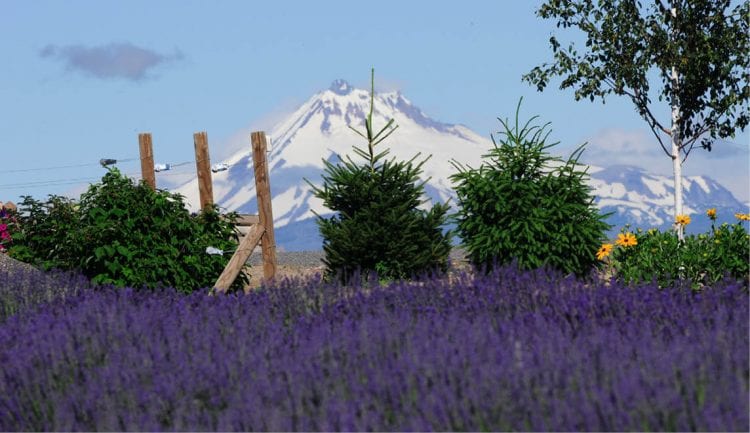 Driving along Central Oregon’s rural highways, fields of golden wheat or green alfalfa are a common sight. So the spots of purple, in perfect lines, that appear between Culver and Madras can’t help but catch your attention. And if the sight doesn’t do it, the aroma will.

The purple oasis is Cascade Lavender, an organic lavender farm owned and run by Terry and Wayne Pearson and their daughter, Holly.

Terry and Wayne had no farming experience when they purchased the property in 2007. “This was a brand new adventure,” said Terry. “That’s what’s great about retirement. Sometimes it’s overwhelming—where am I going to live if I could live anywhere? What am I going to do? The nice thing is that you have the opportunity to reinvent yourself.” 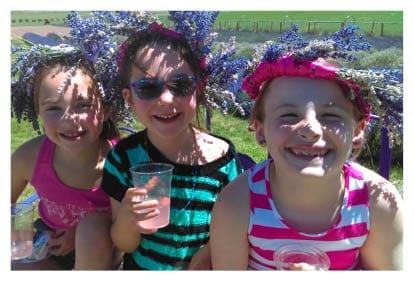 Reinvent themselves they did, becoming lavender experts and learning how to run a successful agritourism farm in the High Desert.

“They are the perfect partnership, mom and dad,” said Holly. “She’s got this wonderful vision, and my father is the hardest working man I know.”

Together, the family transformed the property, digging the irrigation and rebuilding the house and barn. The farm has three acres with hundreds of varieties of lavender, as well as horses, alpacas and chickens running around the forty-acre property that backs up to an unobstructed view of the Cascade Mountain Range. The Pearsons also created a line of products made from the lavender, including essential oil, lotion, bath salts, culinary lavender and more.

The work, from watering the plants and hand cutting the lavender to distilling the oil and making the products, is all done by the family. Like the lavender itself, the work is therapeutic, they said.

“I wouldn’t do all this just to raise a beautiful flower,” said Terry. “It’s because it’s such a beneficial, useful plant that really motivates me, and [it] makes me happy to share that with others.” 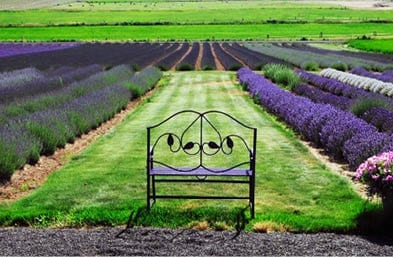 In the arid, warm climate of Central Oregon, lavender has an early growing season. The plants are in full bloom in June and July and are harvested by August. At the peak of bloom in late June, the farm hosts an annual lavender festival for the community.

Though the plants are only in full bloom for a short time, the fragrance lingers year-round thanks to the dried lavender scattered throughout the property. Especially when they are distilling the lavender to make the farm’s signature oil, the aroma can reach neighbors a mile away.