You are here: Home / Food & Drink / Where the Cows Eat Craft Beer 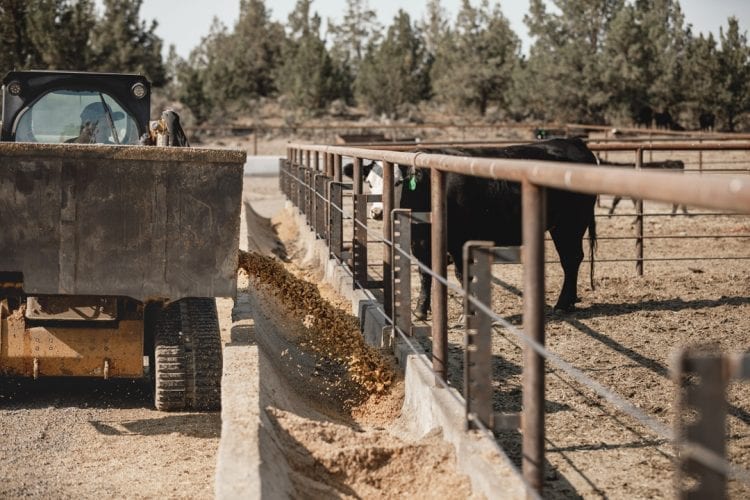 Rob Rastovich looked proudly over his east Bend farm, soaking it in before another busy day with his cattle. His morning often starts before sun up and ends well after the sun has set. It’s a hardworking lifestyle that he has known well for much of his fifty-plus years.

The Rastovich Family Farm traces its roots back to 1919 with his grandparents, who homesteaded this hardscrabble land. This makes the property one of the oldest farms in Central Oregon still being farmed by its original homesteading family.

For his part, Rastovich has helped transform this nearly century-old farm, bringing it into the 21st century by implementing new technologies and using a sustainable food source for the cattle that is plentiful in beer-loving Bend. “Let the cows eat craft beer,” joked Rastovich, who collects the spent grains, known as mash, from local breweries. “That’s why we call it barley beef, or beer beef.”

The cows eat mash two times a day, five days a week, plus some hay and grass grazing. Rastovich and his ranch hands won’t divulge their feeding ratio “recipe” of mash to hay to grass, though Rastovich said, economically speaking, the farm spends 30 to 40 percent less on hay because of the mash.

It’s a win-win situation for both the ranchers and the breweries. An added synergy, Rastovich collects the spent water from the local breweries (as it can’t legally be put back into the water system without extensive and costly treatment) and uses it to irrigate his fields.

“Because the spent brewery water has a high content of nitrogen in it, we don’t have to use much fertilizer, either,” explained Rastovich. “We get these byproducts from seven local breweries free of charge, but I had to hire a full-time employee to pick up the mash.” 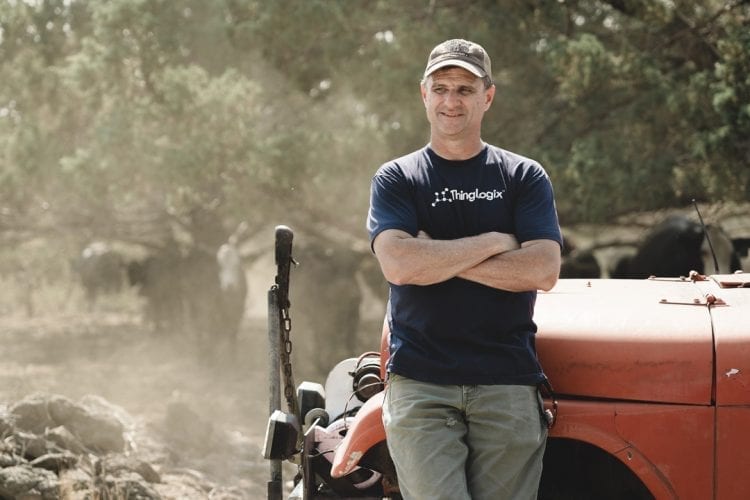 Rastovich isn’t the only ranch in Oregon working with breweries on a mash-to-meat program, local Borlen Beef and Pioneer Farms are also working with brewers. But it is one of the largest, with 200 acres—and as many head of Angus-Hereford cattle spread among his farm, his cousins’ and his uncle’s farms. All the cows are well fed, and since they’re eating beer mash, Rastovich jokes they’re also happy cows, very happy. Rastovich walked over to the corral where some cows were eating mash and pointed to the big steers that were heading to the butcher the following week.

“Once the cows are fattened up, they’re butchered and brought back and sold as hamburger, steaks, pot roast and prime rib to Sunriver, Deschutes Brewery, Silver Moon and many of the other brewery restaurants that gave us the mash in the first place,” said Rastovich, who also sells his beef direct to consumer. “It’s the ultimate recycling program. Support your local farmers and drink beer.”

He said that his beef “has a different and special taste” when compared to corn or grass-fed beef. The churn is also much faster than with grass-fed beef. Rastovich butchers at least three cows every week. Each harvest produces 1,200 to 1,400 pounds of ground beef, along with another 800-900 pounds of other cuts, known as locker beef. The efficiency isn’t an accident.

As his father was aging, Rastovich, who holds a master’s degree in computer programming, came back from Silicon Valley to farm full time in 2006. He likes to say that he’s a better programmer than he is a farmer, but he’s brought some of his high-tech knowhow to the family business, inserting RFID microchips in all his cows’ ears so he can track them via computer. 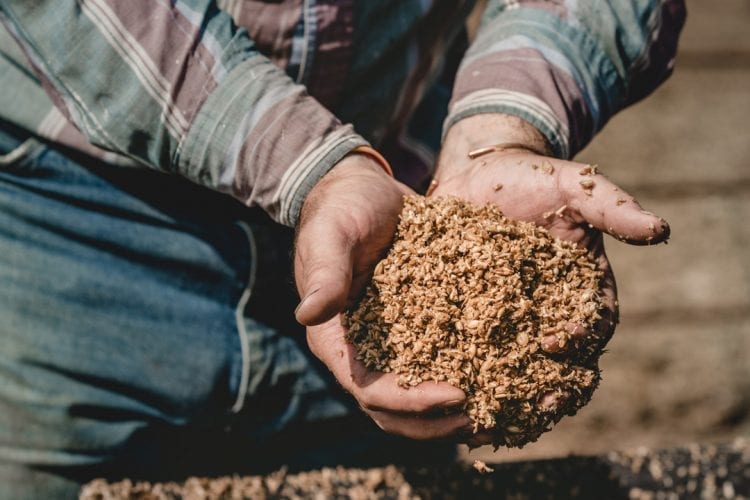 “My goal is to make the animals as stress-free as possible and make the cowboys as safe as possible,” explained Rastovich, who has designed special corrals with a series of automated gates that respond to the RFID chips to help cull the herd. “This eliminates herding and puts less stress on the cow, which makes my beef taste better because you don’t get those stress hormones in the meat.”

Long gone are the days when his grandfather would curse the land. “I remember my grandfather used to say, ‘There’s just a bunch of lava rocks and dust that the wind blew in, and we call it farming,’” recalled Rastovich.

Despite the many lean decades of the past, Rastovich’s creative thinking has turned this nearly century-old farm smoothly into the 21st century. In the end though, it’s still ranching—a volatile vocation that is dependent on good weather, futures markets, hard work and luck.

“I love this land. You’d have to sell this farm over my dead body,” said Rastovich. “Trust me, it wasn’t always easy growing up here. I was the son of a hay farmer, who had hay fever, and yet here I am.”