You are here: Home / Business / EarthCruiser is Ready to Roll 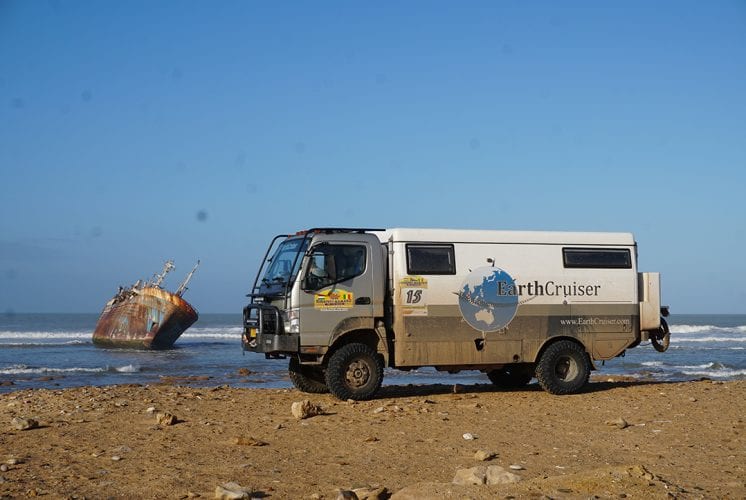 Tucked into Bend’s southeast side, near auto glass and detailing shops, a small sign announces that you’ve arrived at EarthCruiser, the North American headquarters for a business that manufactures the preeminent off-grid adventure vehicle. Meet the self-sustaining four-wheel drive camper that looks like a marriage of a military troop transport vehicle and Volkswagen Westfalia. The made-to-order vehicles have a top speed of about 70 miles an hour, a range of 900 miles and can make their own clean water. They are the premier survival vehicle for anyone seriously contemplating self-imposed, off-grid exile. We talked with founder Lance Gillies about EarthCruiser. 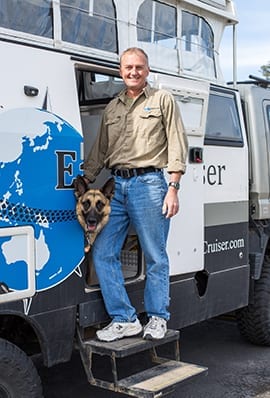 How was EarthCruiser born?

Coming from Australia, which is essentially a big island, we are very used to long-distance remote travel by vehicle. We started to build out what would become an EarthCruiser, and someone wanted one. We never planned to go into business. Seriously, we didn’t. We thought we might build one or two, but we were going to do it properly. That was ten years and 200 EarthCruisers ago.

How different did that first prototype look from today’s model?

It’s almost identical. There are continual subtle improvements, but if you put them side by side, you wouldn’t be able to tell the difference.

How long did it take to concept the product?

Two years. It was very, very simple. Our design process is always the same—we start with the end in mind. What is the product designed to do? We didn’t design this product to sell it. We designed it to travel. So, it’s very, very different. We didn’t go looking for an easy way to make things. We built something that is above all functional for what we want. And we knew what we wanted from having the experience of travelling. If you look at an EC (EarthCruiser), the angle of the walls is 12.5 degrees. The reason for that is the pressure wave of semi-trailer passing you dissipates at 11 degrees. So, you can hold your finger on the steering wheel of an EarthCruiser and not get blown off the road. None of those things is an accident.

Did you have a lot of market information when you started?

We didn’t really expect there to be as many like-minded people as us. For what we charge for these things—they are normally between $250 and $300 grand—they’re not cheap. But people realize that, yes, they can go and buy a great big motor coach for the same amount of money. Of course, you can and it’s going to have three showers, granite countertops and all that stuff. But people realize that all you can do with them is be with other people just like them[selves].

Given the price, who is your market?

We are finding that the age of our customer is coming down significantly. It was retirees sixty-plus and mid-fifties; now we have customers in their twenties, because [EarthCruisers] are a house, and three hundred grand doesn’t buy you a great house—not anymore. So, they are saying, we want to travel now while we can. And with the changing of how people earn money, you can do that from an EarthCruiser. 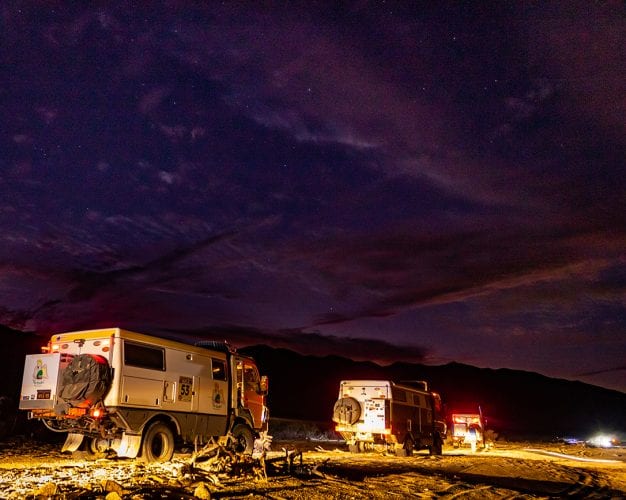 Do you feel that the market for off-grid self-guided adventure has always been there, or is it just emerging now?

People have been traveling around the world by camel since the dawn of time. So, is there a travel market out there? Of course. But people have gotten used to things like having a flushing toilet and a nice bed. We don’t want to have to set up a tent. People say, ‘Yes I want to go and do all those things, but I want to be comfortable.’ And that market is growing exponentially. Look at all of the Sprinter [vans] they didn’t exist five years ago, but they are everywhere now.

Given that these are twice the cost of a nicely appointed sprinter van, what is the appeal of the EarthCruiser to the adventure traveler?

The answer is very simple, and it starts at the beginning where we start with the end in mind. Everything about an EarthCruiser was designed with one thing in mind: comfortable travel—off road. The Sprinters and the rest are fabulous vehicles, I love them to death. But they have got to fit so many markets, if you like, that it’s compromise after compromise. We don’t have that limitation. What we do is build a tool for our customers to go and do the things they want to do. And do that faster and more efficiently.

You offer customers options, but you don’t do customization. Why not?

The EarthCruiser is not a custom one-off anything. And this is a really key thing. The reason we are getting younger and younger people buying [EarthCruisers] is because normally they resell for exactly what [customers] pay for them, or they make a small profit. And the reason for that is it’s not a modified truck. They are registered as an EarthCruiser. 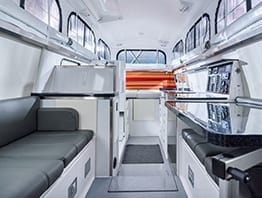 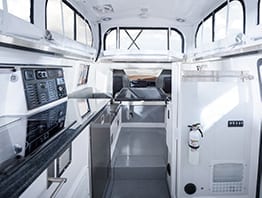 What was the biggest challenge of moving the business from Australia to America?

Everything was a challenge from the manufacturing [side] because we are so small. We never said we are going to sell thousands of these things. The first thing suppliers ask you is how many are you going to sell. Well I have no idea. I might sell two. Well [mimics sound of phone hanging up]. So how are you supposed to get started? We bought so much stuff from Europe and Australia because no one wanted to talk to us. But that changes over time.

How did you solve that?

We say that we don’t mind what it costs; charge us whatever you have to. The cost for us is not the issue. What’s important for us is the quality of the product. We will take quality over price every single time. Charge us double what you think you should be charging. Just make sure the product is right. You have no idea how hard that is. Because [their] mission is to make as many as [they] can as cheap as [they] can. Our mission is to do the opposite: to make as few as we can for as much as we can. I have no interest in penny pinching. Zero. Completely the opposite of the RV industry here. 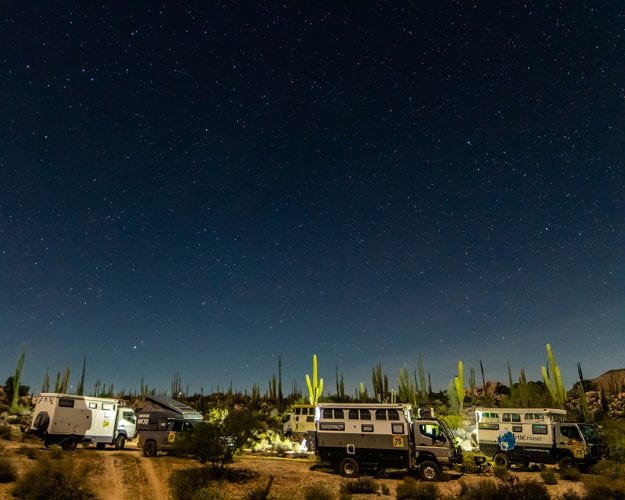