Sophia Rodriguez, a Bend youngster who took the bike world by storm, heads to Belgium for the BMX world championships. 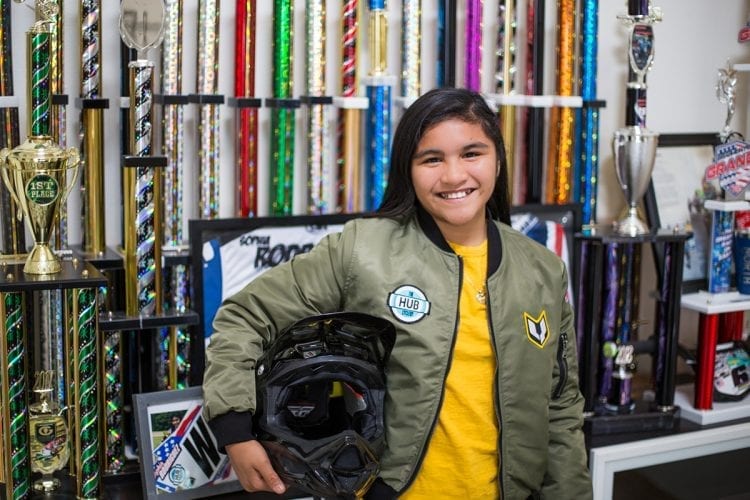 After winning a qualifying race in New Mexico earlier this spring, Sophia Rodriguez is headed back to BMX racing’s most prestigious event, the World Championships, set for July in Belgium. A month later, she’ll enter middle school back here in Bend.

This summer will mark the 10-year-old’s second world championship appearance. Her first came in 2017, when she stunned the BMX world with a sixth-place finish in her age group, despite having taken up BMX less than nine months earlier.

“We went there so unprepared,” recalls Albert Rodriguez, Sophia’s father, of the 2017 world championship held in South Carolina. “She was wearing football gloves and a heavy helmet. I had no clue what BMX was about—or how it worked. But after going to worlds, getting sixth out of fifty-five girls from all over the world, that was the game changer. From there, we were hooked.” 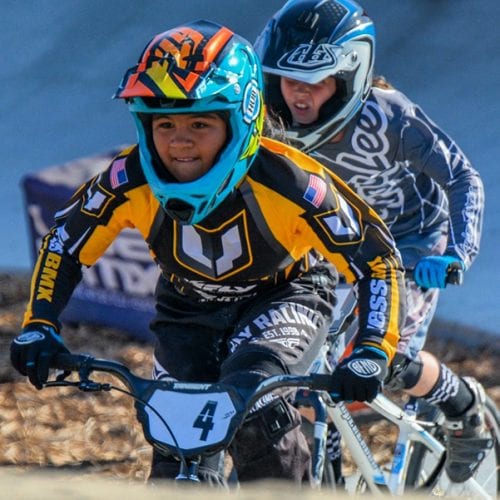 The Rodriguez family, which in addition to Sophia and Albert includes mom, Jinky, and younger siblings Stella, 6, and Nikolai, 1, moved to Bend from Anaheim in 2016 for a lifestyle change. Albert, an avid cyclist who raced as a semi-pro for many years in SoCal, continued to race mountain bikes once they arrived in Oregon, and Sophia often tagged along, entering kids races anytime she could.

Now a fifth-grader at Buckingham Elementary, Sophia says she stills rides and trains on her mountain and road bike, but her primary focus has turned to the high-intensity, don’t-blink-or-you’ll-miss-it discipline of BMX—a close combat sport akin to ski or snowboard cross.

In late 2016, young Sophia accepted an invitation from a friend to try BMX for the first time at the High Desert track. Since then, Sophia’s BMX star has risen meteorically. Hours of sprint practice and careful study watching videos of other racers has led to big improvements and a new nickname, “So Fast” Rodriguez, coined by a national announcer.

No longer flying under the radar, Sophia is currently ranked first in Oregon and fourth nationally in her age group. She also recently picked up her first major sponsor, Yess, a Canadian BMX frame manufacturer.

Fast and unpredictable, BMX racing involves sprinting out of a start gate on a short, off-road course over bumps and berms in a series of qualifying heats that may last only thirty seconds.

“I’m really good at the pumping because I have a strong upper body,” explains Sophia. “If there’s a long pump section, my gap gets bigger and bigger. I’m good at snapping the gate, which means getting out in first. Because if you don’t get out in first, it’s really hard to come back since there’s no more room to get in the front.” 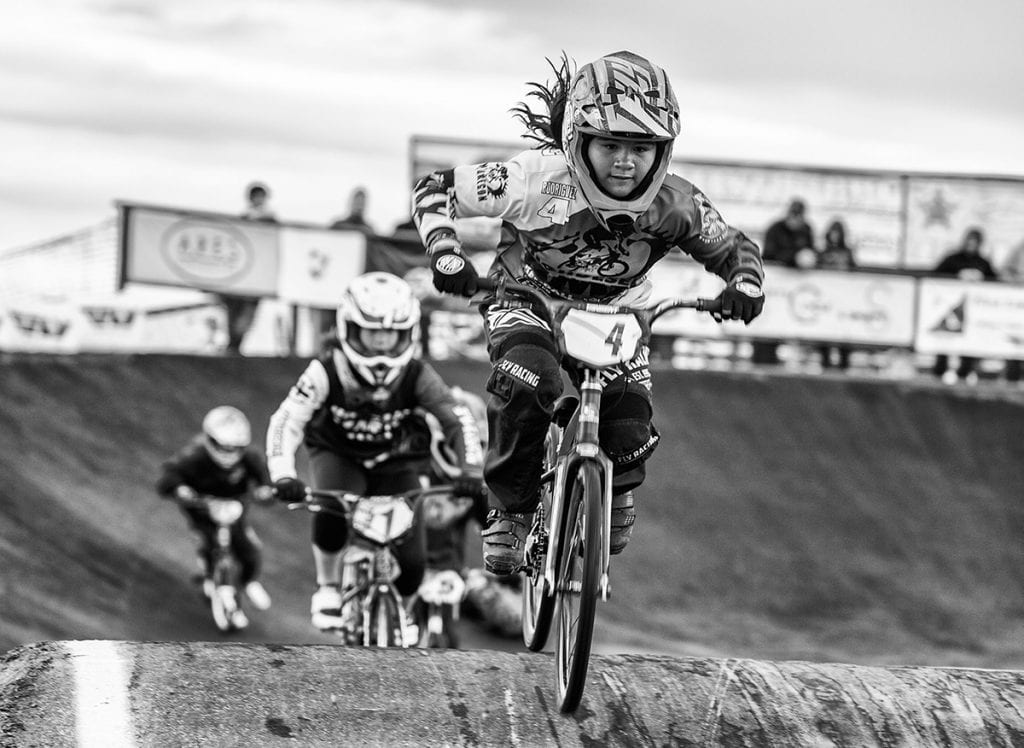 Despite the emphasis on a fast start, Sophia says she doesn’t get too anxious before her races.

“I take a few breaths before I go up,” she says, “and that calms my nerves to be relaxed.”

While Bend’s climate doesn’t lend itself to riding BMX year-round and can pose a disadvantage at times when Sophia competes against riders from more temperate regions, Albert believes it makes for a more well-rounded athlete less susceptible to burnout. He credits Sophia’s success not only to her focus and willingness to train, but also to the many hours the father and daughter spend road or mountain biking together “just for fun.”

At this summer’s world championship in Europe, Sophia says her goal is to win a world title. It may be her first, but likely won’t be her last.