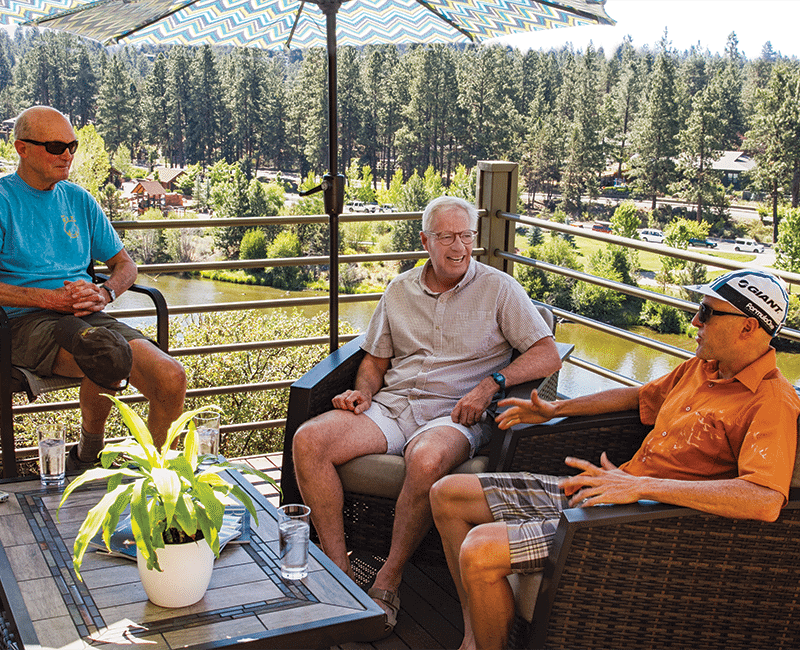 Above: Bend Magazine invited two notable natives to our riverside deck for a chat about the Bend sporting life and their common (or not-so-common) experiences. Bob Woodward (left) sat down for a conversation with Tim Gibbons (middle) and Carl Decker (right) on a (hot!) summer day. Photo by Jon Tapper

as told to Bob Woodward

Bend is recognized as a great place to cross-country ski and mountain bike and  home to locals who are competing at the highest level in both sports.

While not a pro racer, Tim Gibbons has immersed himself in competitive cross-country skiing on the collegiate level as the former leader of Dartmouth College’s women’s ski team. He also served as a physiologist with the U.S. Olympic Training Center in Colorado Springs. Recently he served as co-curator of the well-received “Winter Comes” exhibit of Oregon’s ski history at the Deschutes Historical Society.

Carl, your dad was an MTB racer around here. Did he directly influence you to get in the sport or was that something you decided that you wanted to pursue?

Carl Decker: Living in Bend and growing up in my family, that was a foregone conclusion. The pinnacle of the lifestyle around here is to make a living riding bikes, at least for me. And my dad he was so into biking before people were into that. He rode his bike across the country when he was 20 years old—on a Schwinn. People didn’t do that stuff. Growing up in my family, living in this place and doing what I always wanted to do [was the dream], but I didn’t think I’d ever be able to do it.  I was told by people that I couldn’t do it, but I just kind of got lucky. 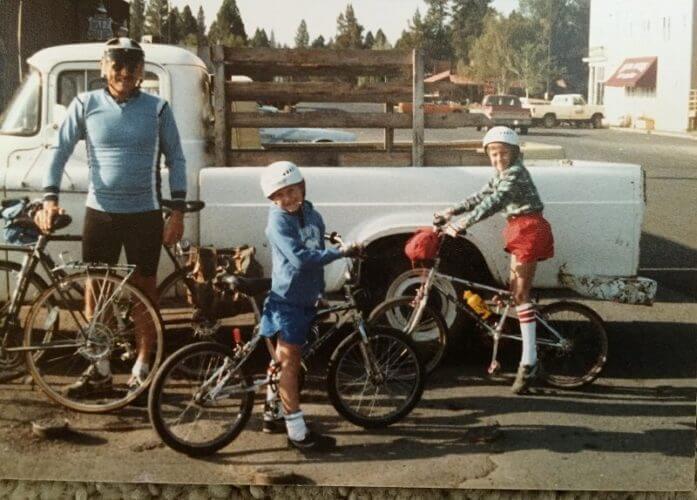 Tim, your dad was an early adopter when cross-country skiing started to become popular, dragging you as a kid every weekend to Mt. Hood. Was it his influence or something else that motivated you?

Tim Gibbons: It was literally every weekend, from November to the first week of May that we were skiing. One weekend in high school, I decided that I wanted to hang with my buddies in Beaverton [rather than ski]. It was the most boring weekend I ever spent. So I realized: I love being outdoors; I love skiing. My brother and I, we literally would explore on alpine skis the trails from Timberline to Government Camp, or we would explore the Barlow Trail on our cross-country skis. 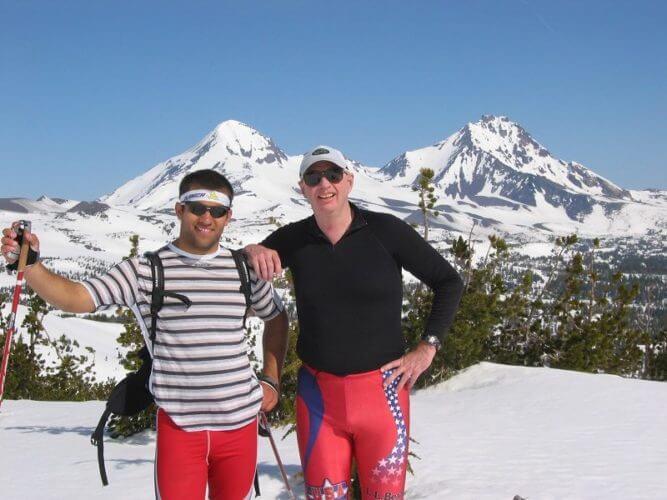 So when you came to COCC was it to ski and become a ski racer?

TG: Skiing was a big part of it because COCC had such a nationally prominent program for a community college. Back then community colleges had sports programs. But it was also how you could have a great instructor and small class sizes. 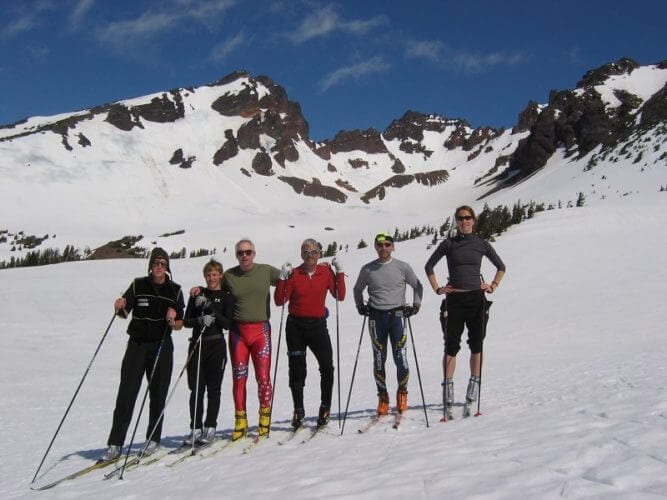 Carl, when you decided to go pro as a mountain bike racer, did you feel people in the community were more supportive or skeptical?

CD: People have always been supportive—the people that get it. I was going to school wearing mountain bike race T-shirts, thinking that was the coolest clothing that you could wear. There were like six guys that thought that was cool. But around here there was such a big community of outcasts like us. 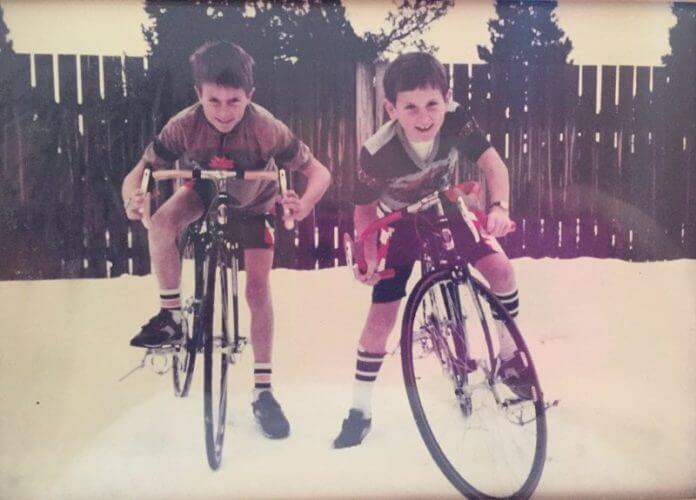 When you first came here, Tim, cross-country was really taking off. You got in on the ground floor of the boom. 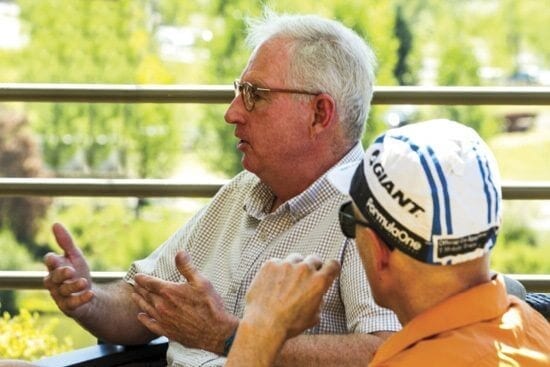 Carl, who were the people who influenced you growing up in Bend?

CD: Well, my dad to some degree. I learned a lot from him, even into my professional days he gave me some nice perspective. But it was people like you [Woody]. I remember you being at Ashland and being the emcee at bike races and making it into a fun event. It wasn’t a road race that’s super intense and everybody is fighting against each other. It was you fighting against your bike and the terrain and rejoicing that you made it through to the other side. That’s been the nature of mountain biking, that its man against hill instead of man against man—to some degree. I looked up to Paul Thomasberg a lot in that transition from being a kid to being a pro that was probably the guy that I could learn the most from.

At what point did you decide to become an actual pro?

CD: I think in bike racing, “actual pro” is a very gray area. It’s not like baseball where it’s, “I turned pro and then… I bought my mom a house in Malibu!” I turned “pro” and much like these other fringe sports, I delivered pizza for several years of transition until I didn’t have to have a job, or my job was racing bikes. I turned pro in 1998 and I stopped delivering pizza in probably 2004. 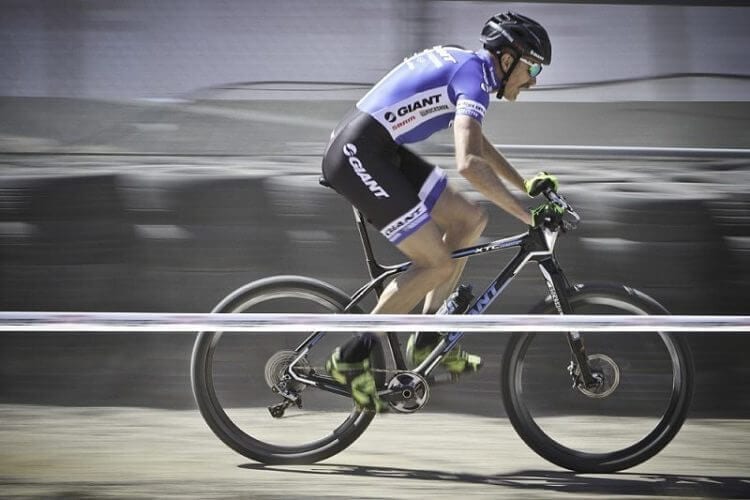 You’ve taken different paths, but you’ve both gone away and come back. What’s been the draw of Bend and Central Oregon.

CD: It’s obvious for anybody that lives here, but you do have to go away at some point to realize what you’ve got. It didn’t take long living in Portland and opening the drapes and seeing no sun for the thirtieth or fourtieth day in a row. I’d get tears in my eyes when I’d open the blinds those first few years in college. Seasonal Affective Disorder is a thing.

Tim, you went off to Dartmouth and coached the Dartmouth team and then went to work for the U.S. Olympic team in Colorado. What brought you back?

TG: You know, the mountain biking in Colorado is fantastic and around Colorado Springs is great, but you have to drive close to two hours to get to snow. When I can go for a run or a mountain bike ride within five minutes, or in ten to fifteen minutes I’m on snow at Meissner, or in twenty to twenty-five minutes I’m at Bachelor, not many places can say that. That’s the lure that brings you back. 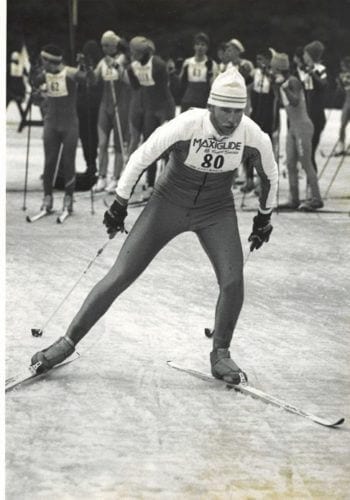 What about futures? Carl what are you expecting?

CD: I’m doing a little bit of coaching, which I didn’t expect to like as much as I do. In a year I can give people seven years of knowledge. I work with Giant developing product and making bikes better, but I still love racing bikes and still holding on for grim death at the age of 41. But I’m still learning stuff. Parts of me are getting worse and parts of me are getting a little bit better.

Talk a little bit about the family and support network and what that did to allow you both to develop personally and professionally.

Carl: I was lucky to come up in a family that was based around sports and cycling specifically. The Decker family we had our own Team Decker T-shirts. That’s just what we did. The luckiest day of my life was the day my dad got transferred from the Oregon Coast to Bend with the state police. From then on my future was in motion. There was a huge community here that helped push me.

As you get older do you have a different perspective about how much your parents put into that?

CD: Oh yes. My parents made huge sacrifices for that. My dad worked his (butt) off all winter and banked all of his vacation time so we could go to these mountain bike races. And it was a very valuable asset this vacation time. And a lot of people would want to go to Hawaii and drink beer and relax, but we were charging out to races and doing these adventures. Most people would need a vacation from their vacation when they got back.

Tim, how about you?

TG: Very similar to Carl. Both parents were teachers and educators and had winter vacation and summer vacation. We were whitewater rafting and climbing mountains. We were fly fishing, cross-country ski racing. So every other weekend in the winter we would road trip to a race. That’s not what families did. So in talking about the sacrifice, that was also the adventure. My parents are still alive; dad is 92 and mom is 86. They are avid sports fans. They watch soccer; they watch track and field. They watch college sports, but none of the professional sports. They’ll watch every minute of the Olympics. So you have parents who watch and appreciate the sports lifestyle. It’s not whether you liked it, it’s just what we did as a family.