From mainstream to main street, this Sisters artist rose to commercial success before returning her brand and designs to a small-town scale. 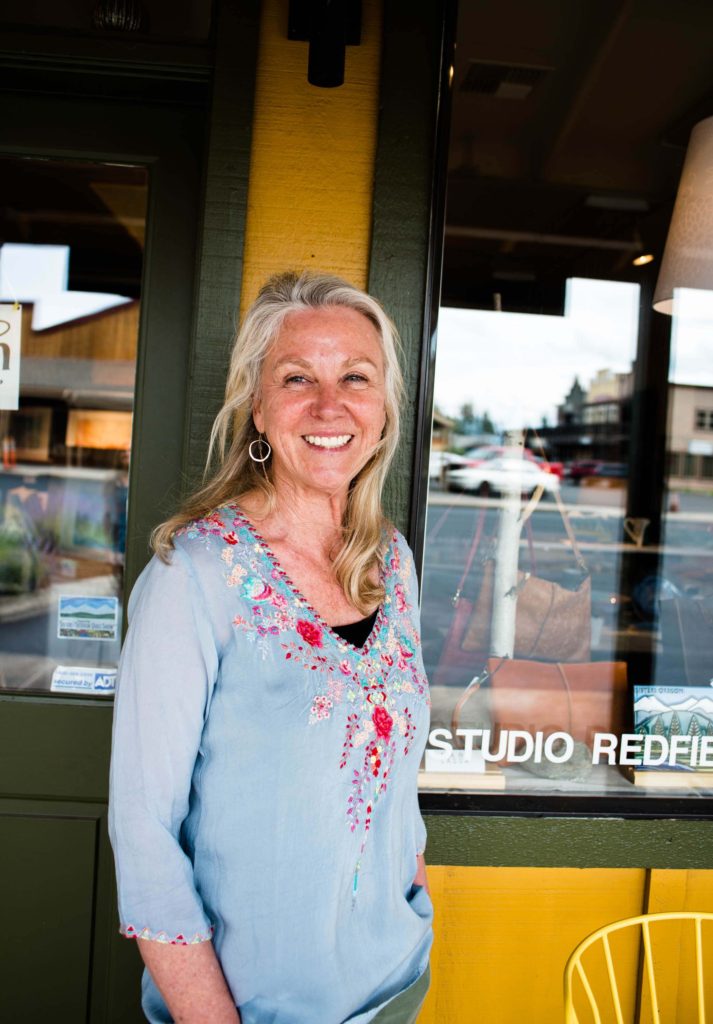 Decorative, hand-painted tiles have formed the backsplash of Susanne Redfield’s life for the past thirty-five years. Among her professional successes was the time she made tiles for White House holiday decorations. She ran a commercial and custom tile factory from Redmond. She hobnobbed with the country’s best interior designers and sold a line of hand-painted ceramic tiles through Ann Sacks Tile & Stone, a Portland-born company. When Ann Sacks sold her business to Kohler (of plumbing fame), Redfield’s tiles got fired into prime time, appearing in twenty-three showrooms from New York to Los Angeles and London.

All this success happened from Sisters, where Redfield has lived since the early 1980s. “It’s been fun to do what I’ve done from this little town,” she said. “I didn’t have to live in New York to access the markets.”

Redfield earned a degree in ceramic arts from the University of California Santa Cruz and began as many fledgling artists do—selling the product of her craft at Saturday markets. Her work caught the eye of a local contractor and interior designer who commissioned murals for kitchens and baths in Black Butte Ranch.

“I love the utility of tile,” she said. “It is a building material everyone needs, but it is a constant challenge to make an everyday item transcend the mundane and really become an inspirational surface that lifts the spirit.”

As commissions poured in, Redfield opened Kibak Tile to manufacture hand-painted tiles. In 1996, the factory moved into an industrial space in Redmond where Kibak made high-end tiles for everything from pools to restaurants.

By 2013, Redfield was ready to downsize. She sold the factory to a California company and repurposed her energies toward opening Studio Redfield on Hood Street in Sisters in 2014. The space is part gallery, part studio, part retail store. It’s a place where local artists and crafts-people can showcase and sell their work—from husband Randy Redfield’s contemporary paintings and Kathy Deggendorfer’s folk art to hand-carved wood pieces, tribal art, jewelry and even her mom’s hand-knit baby sweaters.

Redfield is looking forward to collaborating with companies such as California-based Fireclay Tile, which recently launched a hand-painted collection of Redfield’s designs. Instead of selling out of a showroom, the company sells factory direct to consumers, she said, allowing her to focus exclusively on design. For production with non-Fireclay products, Redfield is doing research and development on new patterns and glazes with an Arizona factory that has cutting-edge tile-making capabilities. From her small studio on Hood Street, she hopes to launch other national accounts.

“I never thought of myself as an artist in the classic sense,” she said. “I think of myself more as a designer in the same vein as furniture or fabric print designers. The challenge is to design something unique but livable, something lasting and not trendy.” 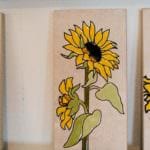 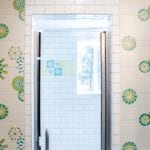 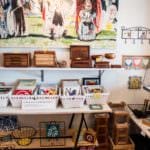 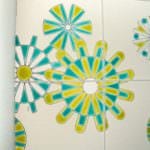 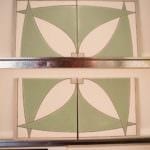 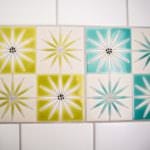 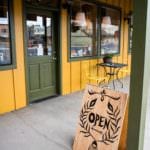 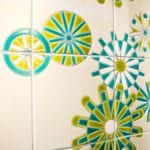 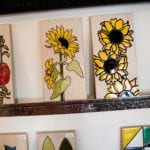 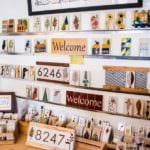 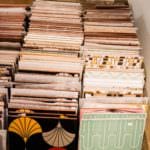 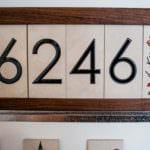 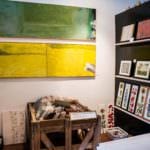