TEDxBend is a place where deep thoughts and ideas are explored. There is nothing like being part of a crowd experiencing the thoughts from the entrepreneurs, educators and designers who take the stage. Each talk is followed with an independent realization, and a collaborative revelation. The crowd response to the various TED talks was something TEDxBend tried to harness into action this year. During the event several breaks were held to stimulate conversation among attendees. I was able to take part in these group talks that lasted the same amount of time as the presentations, an hour. The time flew by as I met people I wouldn’t have otherwise. The session took the event from a level of “just talks” to complete conversations. TEDxBend turned into my perfect day, complete with great locally sourced food, local musicians, ideas and stimulating conversations. 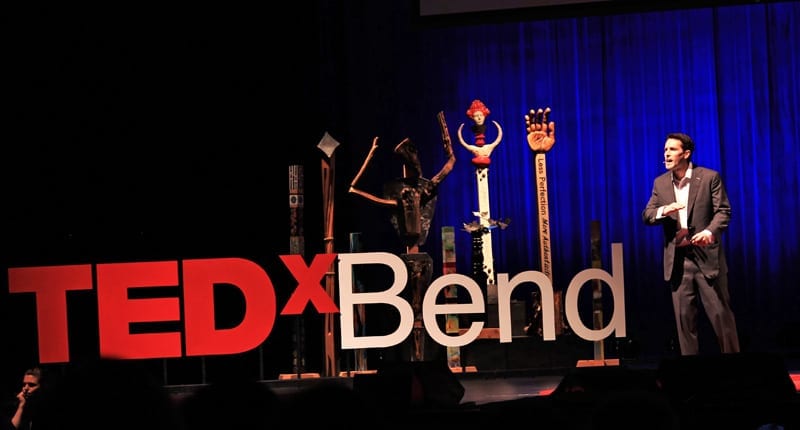 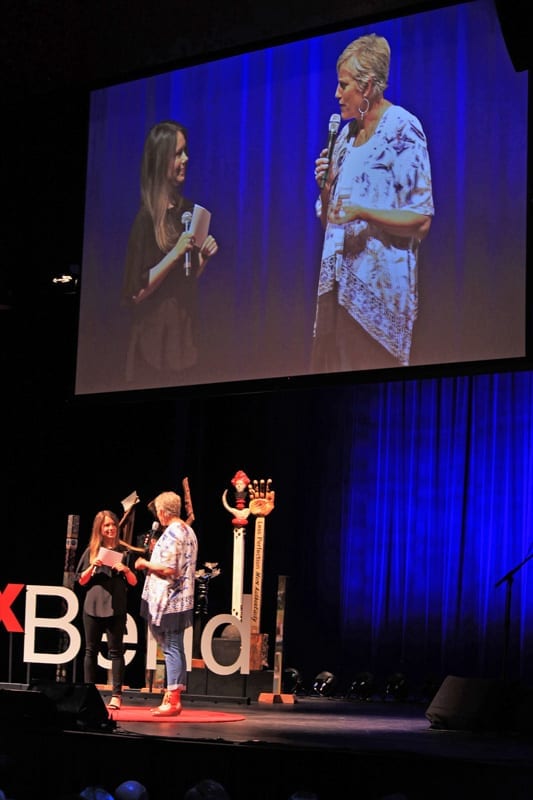 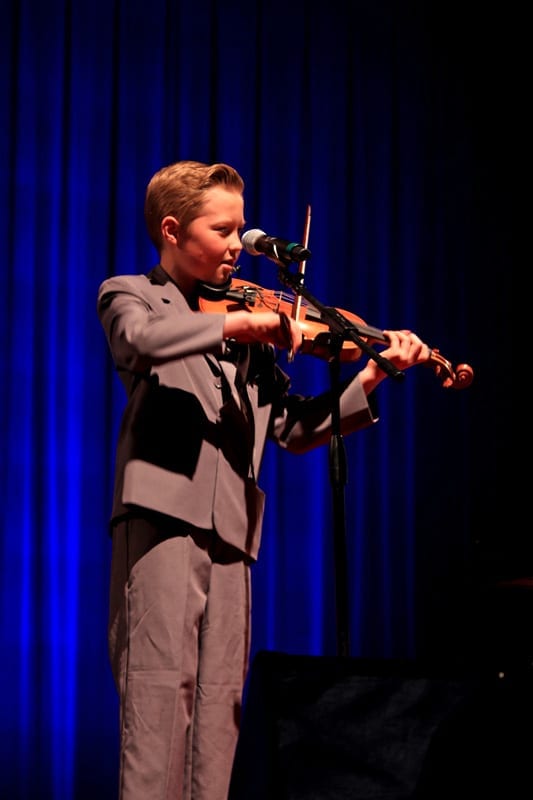 CJ Neary, 10-year-old violinist, addressed the crowd with charisma. He told the audience, “Do what you love.” 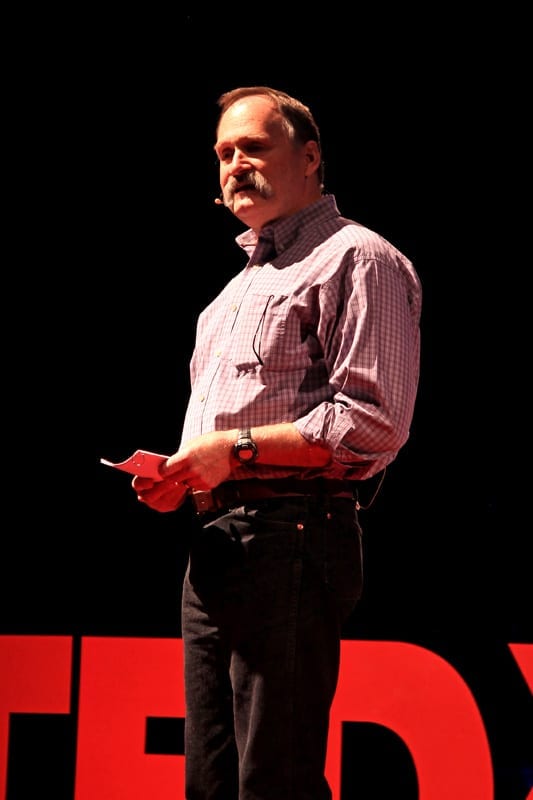 Paul Hessburg, an expert on forest landscapes, talked about the benefits of controlled burns and the difficulties that Central Oregon forests currently face. 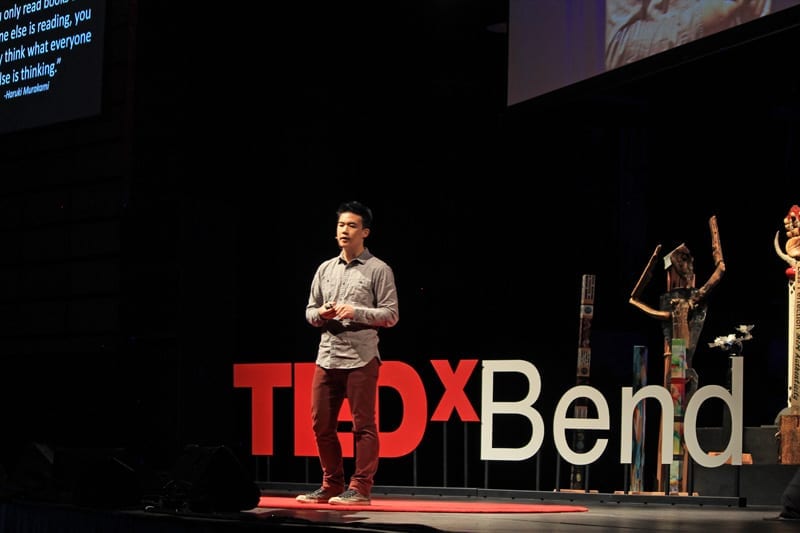 Simon Tam, a member The Slants, talked about racial bias in the media. 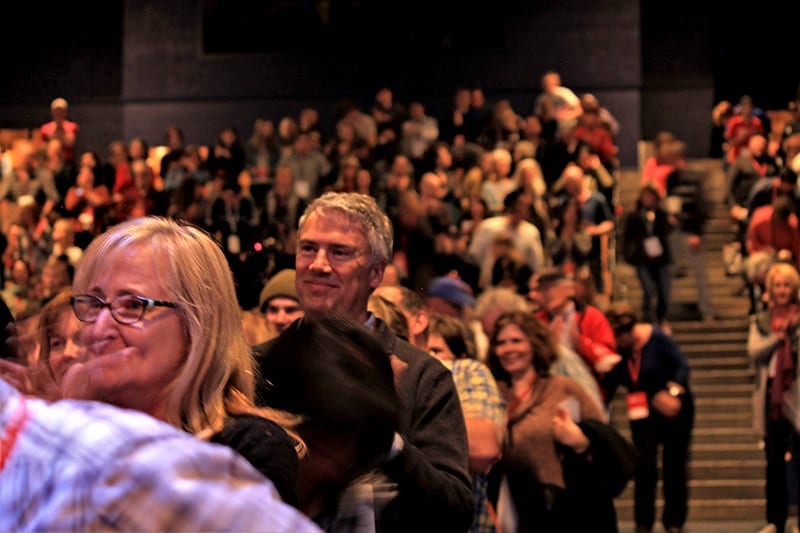 TEDxBend audience gave standing ovations for more than one speaker. 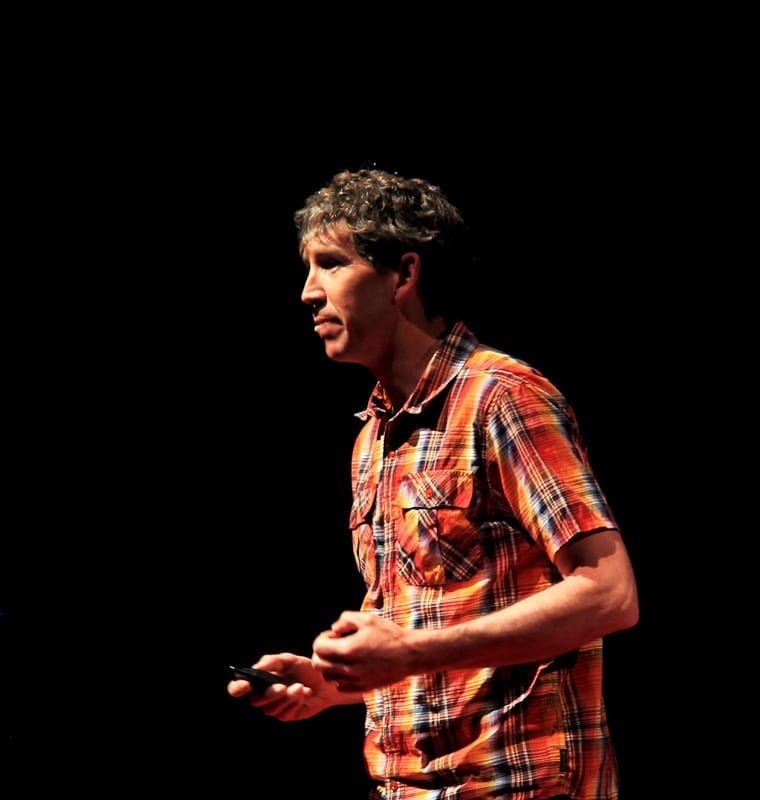 Kevin Grove, an avid climber and an associate professor of physics and engineering at Central Oregon Community College, talked about “slowing down.” 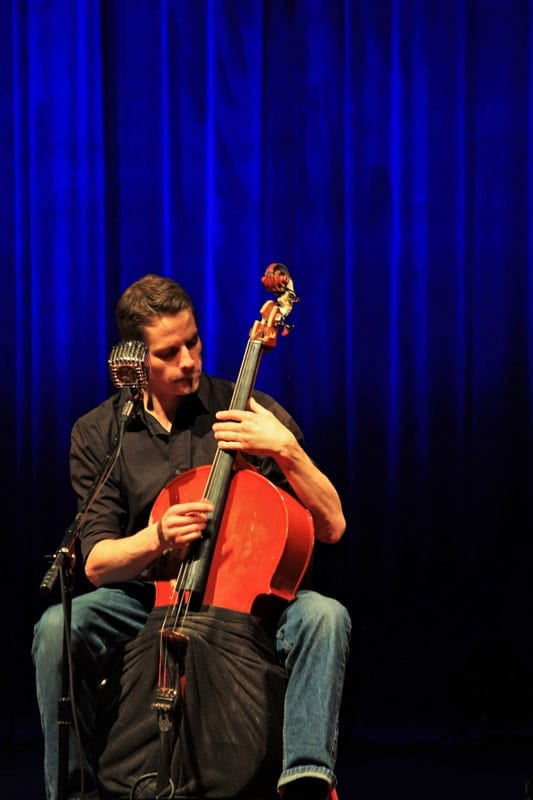 Billy Mickelson sang and played the cello during his performance for TEDxBend. 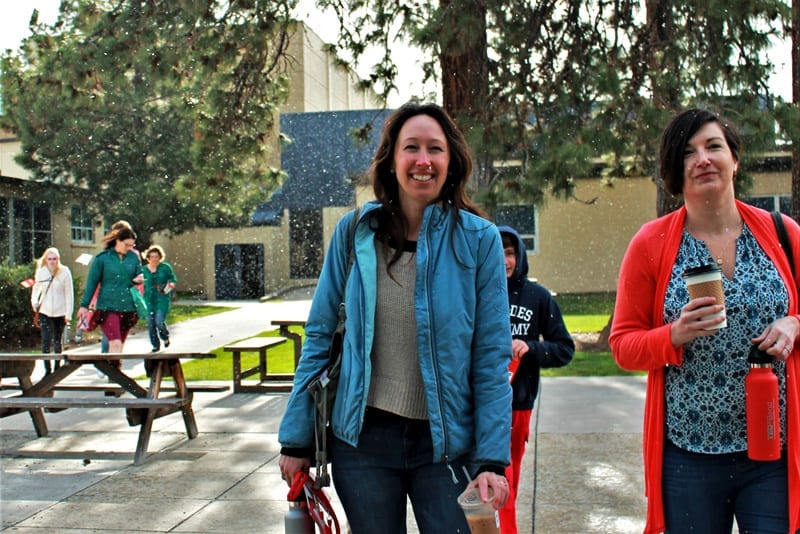 TEDxBend patrons brave the snow flurries in May to attend the show.