You are here: Home / Business / Apricot Apiaries is Minding Their Beeswax

Apricot Apiaries is a beekeeping operation out of Kimberly, Oregon that uses their bees to pollinate farms and orchards, and produce a variety of honey and beeswax products. 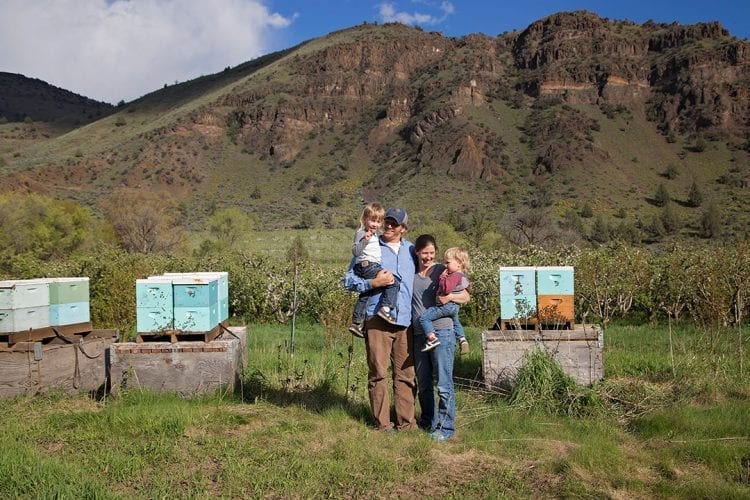 Most people have probably never heard of Kimberly, Oregon. It’s an unincorporated community on the John Day River in Eastern Oregon in between Spray and Monument, tucked in a valley that’s an oasis for orchards and farms. It’s also the home of Apricot Apiaries, a small beekeeping operation that’s responsible for pollinating orchards from the Columbia River Gorge to Northern California, which means that if you’ve eaten fruit or nuts, and you like to know where your food comes from, you should know where Kimberly, Oregon is.

Matt Allen and Liz Lovelock started Apricot Apiaries almost a decade ago. They landed in the region when Lovelock took a job doing research and work in the John Day Fossil Beds. Lovelock is a paleo botanist and Allen is an aquatic biologist—both have a thing for science and bugs. They are married and live on the property of Thomas Orchards with their two young sons, and caught the beekeeping buzz when Allen got two hives for fun. Set on the edge of the John Day River, with the river meandering through, ancient canyon walls surrounding them and wildflowers galore, one can see why they’ve stayed in the area for so long. 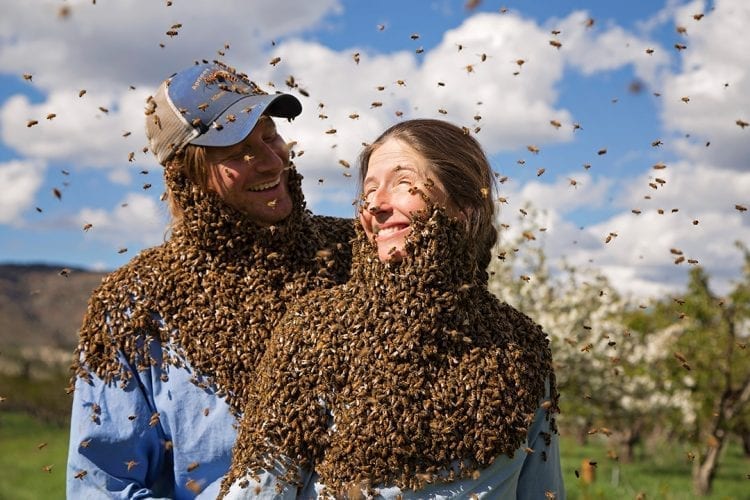 Beekeeping quickly went from an interest to a hobby to an obsession to a full-time career. The learning curve was intense. The couple lost entire colonies when they were first starting out. Allen and Lovelock credit their beekeeping mentors who taught them the nuances of caring for bees, producing hives and turning the operation into a business. Each year since 2013 they’ve been able to double the number of hives.

Today, they manage about 500 colonies around the region and Northern California that are used to pollinate orchards and farms—a more than full-time job, especially in the spring. Allen will drive countless miles (often overnight to avoid bees overheating) to set colonies in farms, orchards and ranches. Their income also comes from raising and selling queens as well as the splits of colonies to other beekeepers.

“At our scale, it pays off to have a diverse business profile,” said Allen. One of Allen’s pet peeves is when people (read journalists) start asking about the total numbers of bees in the operation. Instead, he said bees should be thought of as parts of a superorganism, the colony. Colonies are made up of tens of thousands of bees—drones, who Matt refers to as “flying sex bullets” that try to mate with unfertilized queens and female worker bees, who do all the other jobs in the hive—all serving the queen bee. If the hive is managed well, it’ll keep growing and can be used to create a new colony. 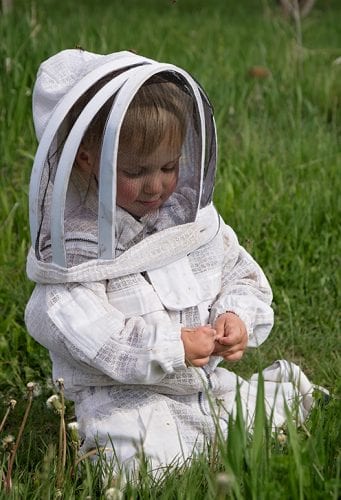 “We’re farmers,” Allen explained. “It’s managing biology and taking advantage of what they do naturally.”

The popular narrative of honeybee populations in decline is another pet peeve. Bee populations have held steady and have actually increased since 2016, according to the U.S. Department of Agriculture. Beekeeping has changed since the 1980s, when a parasite arrived contributing to colony collapses. However, in places where colonies are managed well, the bees are thriving. “As long as there are beekeepers, honey bees won’t disappear,” Allen said.

Apricot Apiaries hosts beekeeping education workshops for those interested in starting a colony. Their products can be found online, at their farmstand in Kimberly and at local farmers markets. 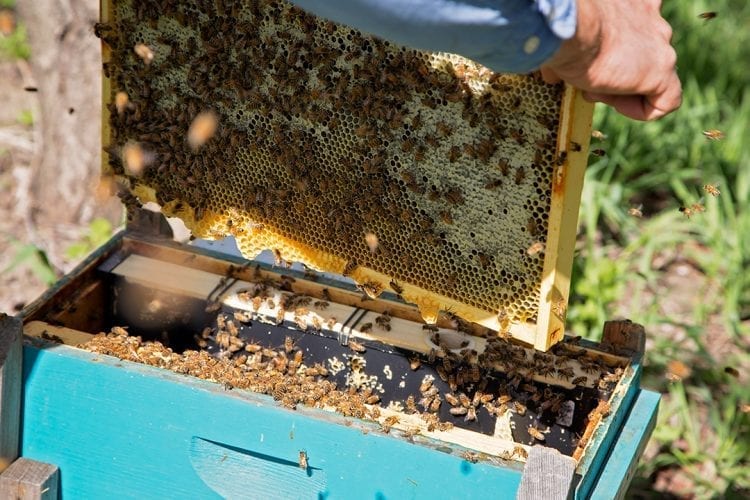