You are here: Home / Adventure / Tips for Summer Stargazing in Bend and Beyond

When most of us look to the night sky, we see pulsing planets and satellites skittering across the stars. If we’re lucky, we might catch a meteoroid burning up in the Earth’s atmosphere. 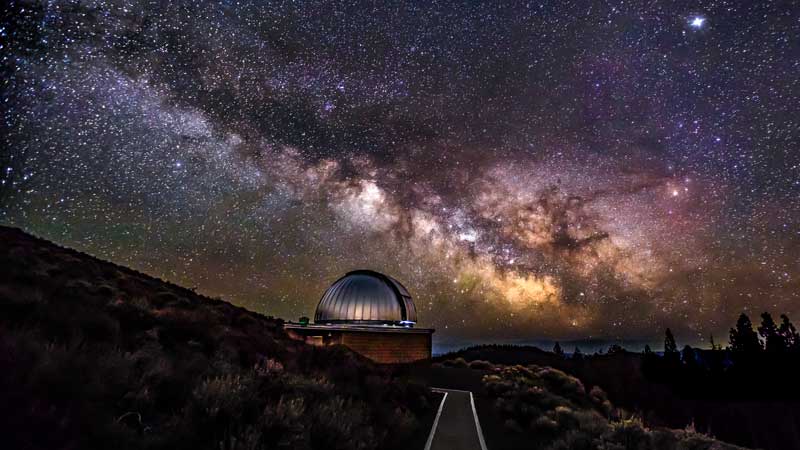 But when Bob Grossfeld looks into the night sky above Central Oregon, he sees multiple galaxies and millions of years into the past—literally. Grossfeld, observatory manager at the Sunriver Nature Center & Observatory, said the closest neighboring galaxy sits roughly 2.5 million light-years away from our Milky Way. So, when he peers into a telescope to spy the Andromeda Galaxy, Grossfeld sees what it looked like more than 2 million years ago (since that’s how long it took light to travel that distance). “If you think about it, you’re looking back in time every time you look through a telescope,” he said.

Here in Central Oregon, very little light pollution dampens the nighttime glow, and the Cascades break up most storms before they arrive in the region—leading to clearer skies with fewer clouds. Even better is that starry night skies are free for all to enjoy. All you have to do is step outside.

If you’d like to try stargazing this summer, here’s what to know for getting started—and what you might see on a given night. You’ll have millions of years’ worth of galactic wonders to keep you busy.

How to Get Started as an Amateur Astronomer 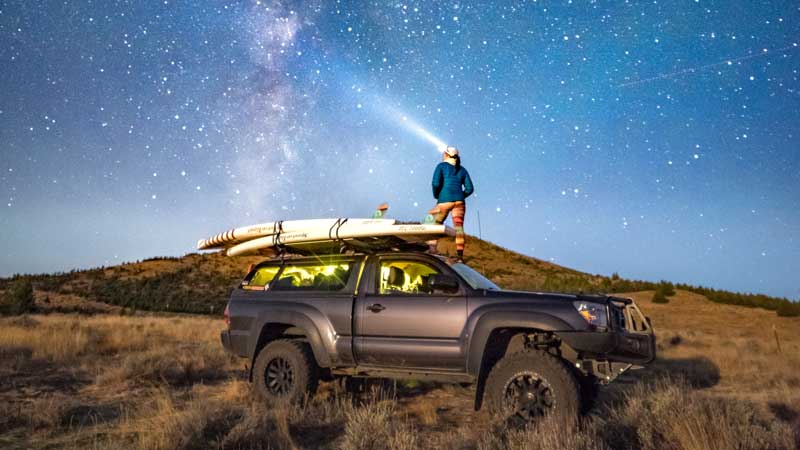 Most telescopes—the kind you find at big-box stores—do some things well, but nothing well enough to justify the investment, according to Grossfeld. Instead, he recommends a decent pair of binoculars. “Usually, binoculars are more usable than the telescope would have been,” he said.

Grossfeld also suggests downloading a mobile app—Star Chart and Sky Guide, to name two—for basic details, such as stars, planets and constellations. The apps use augmented reality to identify visible features in the night sky—requiring only that users point their phone or tablet skyward to identify what they’re currently viewing.

For a deeper dive, Grossfeld recommends reading Astronomy Magazine for star charts and in-depth information about what you may see in a given week—such as satellites, comets, and more.

Where to Go Stargazing

The most important piece of equipment isn’t a telescope or binoculars; it’s the dark night sky, Grossfeld said. “You just need to be able to get away from city lights as much as possible,” he said. Nearby mountain highways and the endless high desert alike offer ample opportunities for easy, yet rewarding stargazing.

One idea is to visit the sno-parks surrounding Mount Bachelor—like Dutchman Sno-Park. You’re at a high enough elevation and far enough away from the city to enjoy dark night skies, he said, and the iconic peak makes a nice backdrop as the stars come out. East of Bend, try the Oregon Badlands Wilderness and small communities, such as Brothers. You’ll find almost no light pollution between Bend and Burns, leading to darker, more dramatic skies. 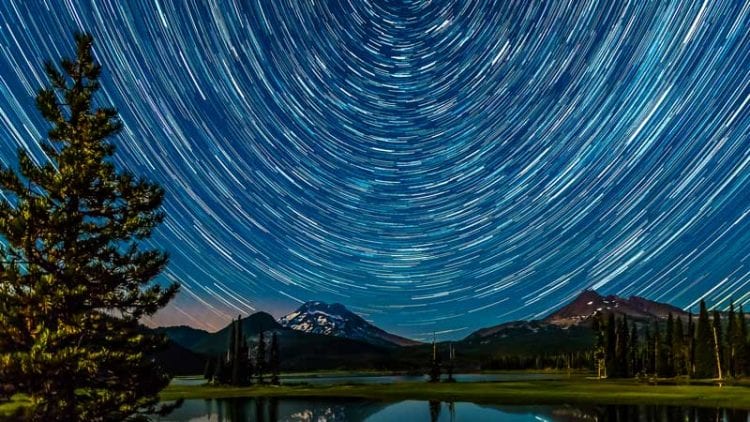 What can you see in Central Oregon’s starry night skies?

Dark skies over Central Oregon mean an embarrassment of astronomical riches for even first-time astronomers. For instance, nearly a dozen major meteor showers can be seen this summer—including the famous Perseid meteor shower, taking place between mid-July and mid-August.

Stargazers can also spy Jupiter and Saturn—which Grossfeld calls “the two best planets to look at in the sky.” Jupiter’s moons can be seen with a pair of binoculars, as can Saturn’s iconic rings. To the south, the Milky Way can be seen on moonless nights—specifically, the area of the Milky Way where new stars are formed.

Grossfeld said, “With a pair of binoculars, you can see most of the cool features in the center of the galaxy.