You are here: Home / Culture / Tom Tormey Found A Second Career As A Pilot For Angel Flights

A former Silicon Valley engineer, Tom Tormey retired and is now a pilot for the nonprofit Angel Flights, an organization that connects private pilots with medical patients in need of transportation. 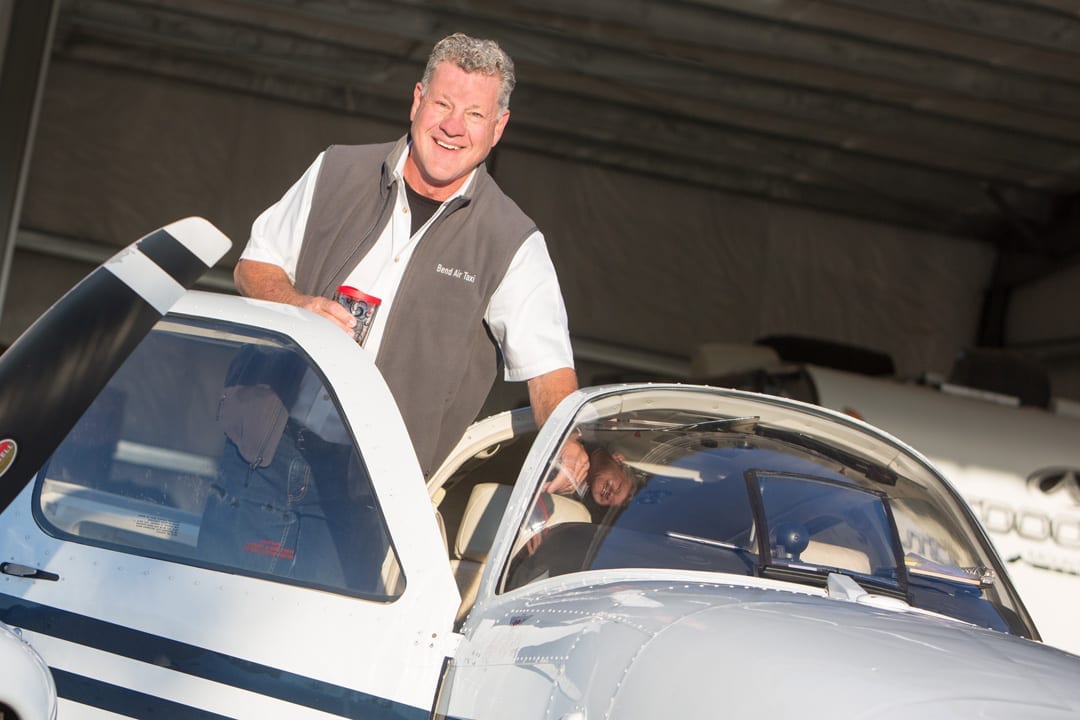 It’s a bit of an inside joke among weekend pilots that they will make any excuse to get their wheels off the ground. Need a gallon of milk? Better hop in the plane. Looking for great Mexican food? It’s just a half hour away by air. Most pilots don’t need any reason at all to pull the wheel chocks and taxi down the runway. Flying is addictive.

Tom Tormey is no different. A retired electrical engineer and self-proclaimed wannabe astronaut, Tormey started flying twelve years ago in his free time, which was limited given a demanding career that saw him bounce from one Silicon Valley startup venture to the next. His last stint, with a company that made software for electric vehicle charging stations, was lucrative enough that Tormey was able to buy his dream airplane, a twin-engine Beechcraft Baron that seats six passengers and luggage. It was the perfect plane for weekend escapes. He flew from the Bay Area to Death Valley for quick getaways. He flew to Tahoe and the Central Valley to visit family. Still, Tormey had an itch to do something more with his time in the air.

The son of a Navy pilot who flew Corsair fighters off aircraft carriers in the Pacific during World War II, Tormey wanted to fly with a purpose. When he read about Angel Flights, an organization that connects private pilots with medical patients in need of transportation, Tormey knew immediately that he wanted to be a part of it. Tormey had the plane and the skills. What he didn’t have was time. That changed when he retired and moved to Bend with his wife, less than three years ago.

Since then, Tormey’s interest has grown into a sort of obsession. He’s become one of Oregon’s most prolific pilots in the Angel Flights West fleet. By his own account, Tormey has flown more than 120 “missions” that have helped dozens of patients and families from rural areas access hospitals and specialists that are located hundreds of miles away. Some of the patients are children, some are mothers and grandmothers. Many are cancer patients who can neither afford nor handle commercial air travel.

“You get involved, whether it’s a kid or an adult. It’s hard not to. Trying to help these amazing people—amazing in the sense that they haven’t fallen apart with stress in their lives. You go the extra mile to help them,” said Tormey. 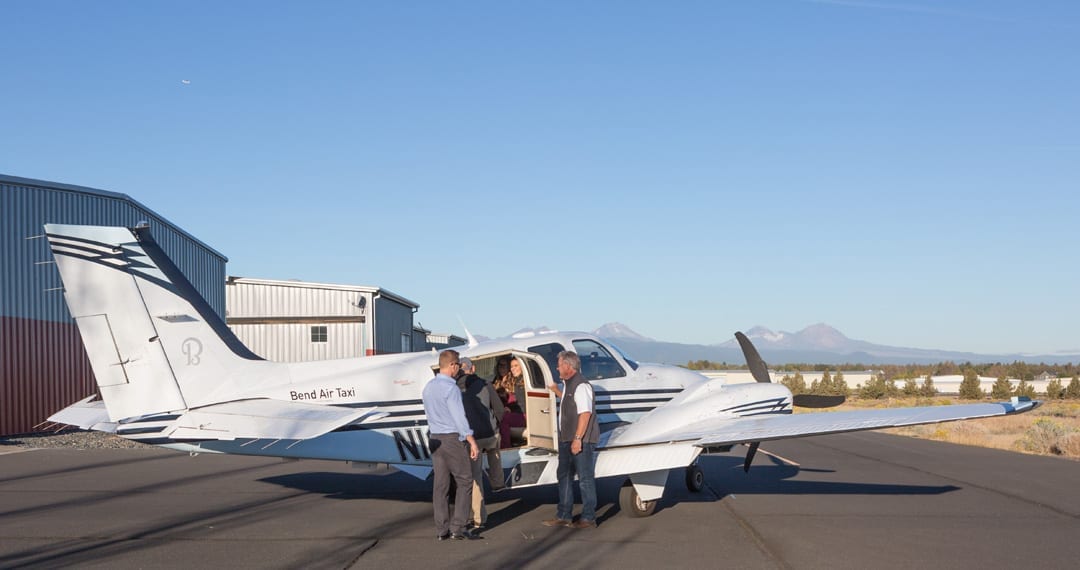 For an organization that has provided more than 40,000 medical flights over three-plus decades, Angel Flights maintains a relatively low profile. The small Santa Monica-based staff often must convince doctors and hospital staff that the program is not a scam. You can hardly blame the skepticism. In a me-first society, the notion that private pilots are flying patients back and forth to MRIs and oncology appointments at no cost to the patient or the hospital sounds too good to be true.

“A lot of times you knock on the door of a hospital and they find it hard to believe it’s real. They think we must be trying to sell them something, or there must be a catch. Believe it or not, it’s really difficult to give away this free service,” said Ivan Martinez, Angel Flights West Outreach and Communication coordinator.

No catch has been the philosophy from the start, when in the early 1980s a small group of Southern California pilots hatched the idea of providing free, non-emergency medical flights. In its first full year of operation, the organization provided a total of just fourteen flights.

It’s Martinez’s job to make sure that health providers know that Angel Flights exists. With chapters or “wings” in thirteen western states, word is steadily getting out. Over the past three decades the growth has been steady and sustained. Last year, Angel Flights pilots logged 4,500 flights, serving more than 1,000 patients. For these patients and their loved ones, the experience can be transformational.

Linda Dunham met Tormey three years ago. Dunham boarded Tormey’s twin-engine plane at a time when her life had been turned upside down. Dunham’s husband, Rick, had been recently diagnosed with brain cancer and undergone surgery. Doctors gave Rick fourteen months to live. His best hope was an experimental treatment offered at the University of California San Francisco (UCSF), almost nine hours away from the couple’s Eugene home by car.

To participate in the program, Rick had to be in California twice a week. Driving was time-consumptive. The couple operated a furniture store in Eugene, and time away from the business meant lost revenue at a time when medical bills were mounting. Flying commercially was both expensive and difficult, especially given that Rick’s condition included frequent seizures. Airport crowds created stress that could easily trigger Rick’s seizures. And yet, Rick needed to say yes to the UCSF trial program. “There wasn’t any other option,” Dunham said. “UCSF was the closest facility that could manage this type of brain tumor. And they were the best of the best.”

A hospital social worker offered a glimmer of hope by telling them about Angel Flights West. Desperate for help, they reached out. Tormey was one of the pilots who answered. Linda and Rick signed up for the UCSF trial program. Linda said she didn’t think they would have participated without the support of the Angel Flights program.

“We needed hope and having Angel Flights take us to these appointments gave us hope. There is no dollar amount that you can put on that,” Dunham said.

Getting the Message Out 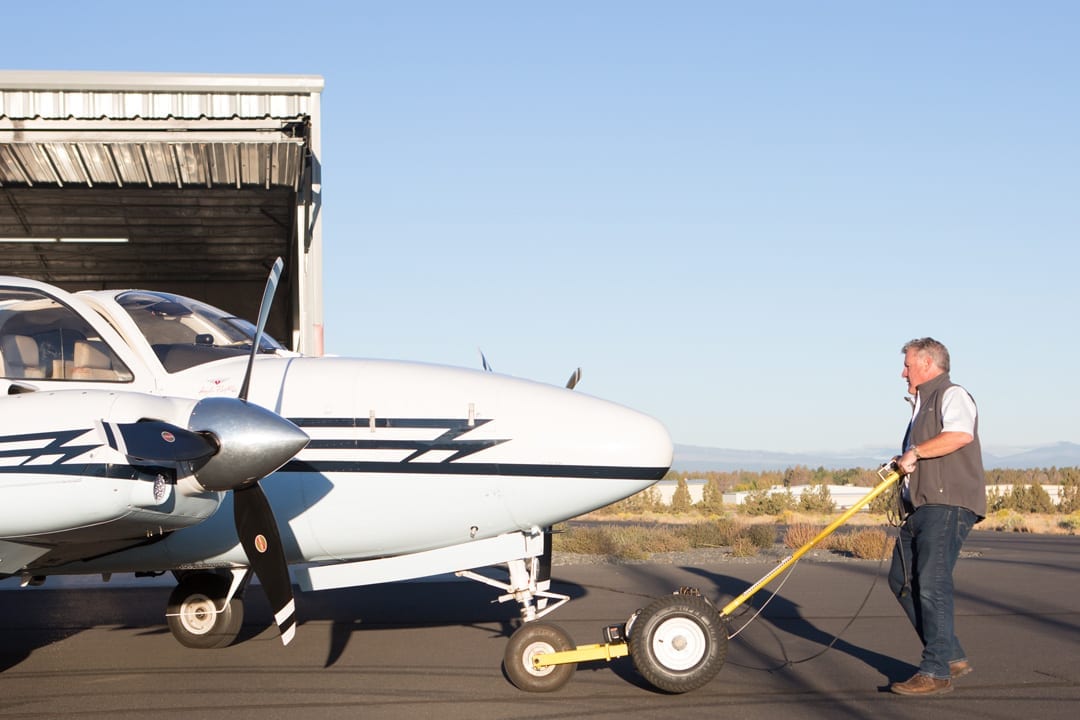 Flying Linda and Rick was Tormey’s first Angel Flights mission. It quickly became a regular trip. Linda remembers Tormey flying most of the missions during the last several months of Rick’s care, with flights ending in 2017, after the hospital halted the experimental study. Linda and Rick looked for more options, but his health deteriorated. He died in August 2017, more than three years after his initial diagnosis.

Linda speaks publicly about her Angel Flights experience regularly. I met her at one of these talks in June. It was a meet and greet for Angel Flights pilots at the Aurora Airport outside Portland. Linda brought a framed picture of her husband, who she referred to as her “sweetie.”

Less than a year removed from his passing, the emotions were still raw. Still, she shared her story openly and graciously. It’s important that the pilots know what the flights meant to her, she said. Tormey and other pilots gave her the gift of time—time with Rick, and time to take a break from her role as a caregiver, just for an hour or two, during the plane ride. That emotional break is a common theme for Angel Flights passengers and patients.

Not to mention the fact that flying in a small plane can simply be … fun. It’s a thrill. It’s a different feeling than flying in a commercial jet—the difference between riding in the back seat of a car and riding on the back of a motorcycle.

Pam Allen is a cancer survivor who relied on Angel Flights to get her from her home in Medford to an oncologist in Portland at a time when she was too sick to drive herself. She remembers feeling desperation and fear—fear that missing even a single appointment would mean a major setback. She also remembers feeling something like joy for the first time in a long time on one of her first flights as a patient. As she soared over the Oregon landscape, her mind was, for once in long time, on something other than her illness.

“It was literally the first moment of fun that I’d had in the last twenty-five months,” Allen told a group of Angel Flight pilots in June. “That’s one of the other benefits—you give someone something fun during the worst time in their life.”

Tormey, who started a commercial air taxi business earlier this year to help cover the costs of all of his charity flying, relishes these bright little moments. He makes a point of letting patients take the “stick” for a few minutes, piloting the plane. It’s a singular thrill for many. At the end of each mission he likes to snap a photo of the passengers. He later posts them on a Facebook page that serves as a clearinghouse and log for all his Angel Flights missions. Some patients he will transport again in a matter of days or weeks. Other passengers will continue with their treatment and their lives without crossing his path again. That’s part of the job—knowing you’ve done your small part and letting go.