You are here: Home / Culture / Heritage / A Century of Gathering 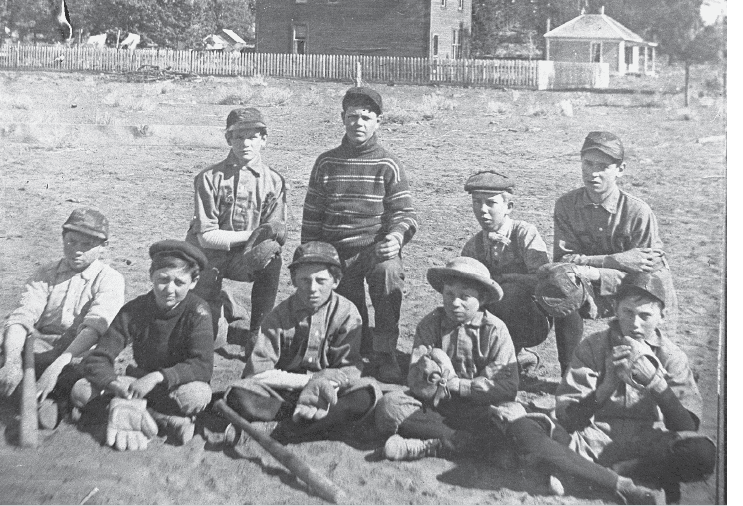 Located amid the bustle of downtown Bend, unassuming Troy Field offers a glimpse into the history of Bend and a lesson in how a simple patch of land can evolve into an institution.

The name Troy Field comes from Troy Laundry, an enterprise once located along the east side of the field. It was an unofficial, if lasting, association created by geography rather than proclamation.

The first documented event on Troy Field occurred July 4, 1904, when it was just the Bend Ball Field. The Bend Baseball Association hosted the Deschutes Irrigation Project company baseball team and the City Slickers. The City Slickers won, 16 to 9. Additional community celebrations, ball games, and other events regularly appeared on Bend Ball Field over the next several years, including bronco riding and a football game against rival Prineville as part of Railroad Days in 1911, celebrating the arrival of the interstate rail line and the beginning of Bend’s sawmill era. 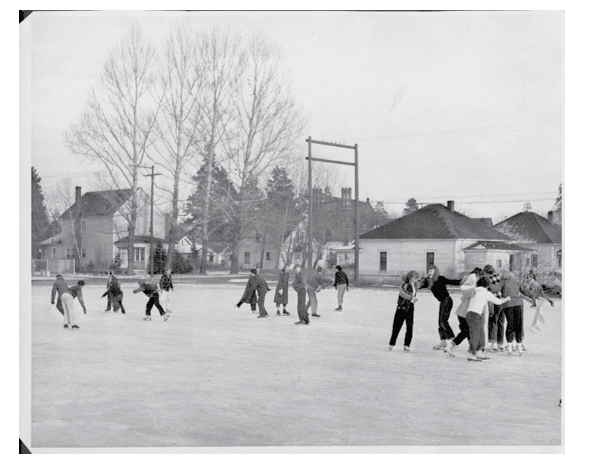 Troy Field was transformed into an annual winter skating rink for the community beginning in 1921. Learn more about the history of Troy Field at the Deschutes Historical Museum.

Famously, from 1921 to 1957, Troy Field transformed each winter to a community ice skating rink, thanks to the efforts of the fire department and the city. Less well known are the military drills and veterans events held on the field. During World War II, the city installed overhead lights for the military, an addition that also benefitted the ice rink.

In 1931, it became the official starting point for the city’s Pet Parade, now recognized as an Oregon Heritage Tradition. Perhaps the most unusual use of the field occurred in 1937, when the state held the first Oregon Driving School, a seven-week course that began with a car on jacks for learning the basics of starting and operating automobiles.

Looking back to 1911, the field and most of the adjacent area became the property of the Bend Townsite Company. Led by president Clyde McKay, the company earmarked lands south of downtown for sale at little or no cost to encourage the development of schools and churches, including community gathering spaces and the athletic field. As a result of this deliberate community planning, Troy Field is surrounded by eleven historic buildings: three schools and five churches, plus an athletic club, the library and a post office building. Troy Field itself was slated for a church development before plans fell through in 1937. Owners sold to the school district, which continues to own the field today.

Troy Field remains a gathering place for locals who continue to write its ongoing story. The field was on Bend’s civic planning radar when the school district recently entertained proposals for mixed use retail and housing developments on the site. Those plans have been shelved for now. In February, a group of preservationists nominated Troy Field to the National Register of Historic Places, which, if approved, could complicate any future development efforts.