You are here: Home / Business / Bend Startup Voilà Coffee is a Game Changer in the Coffee Industry 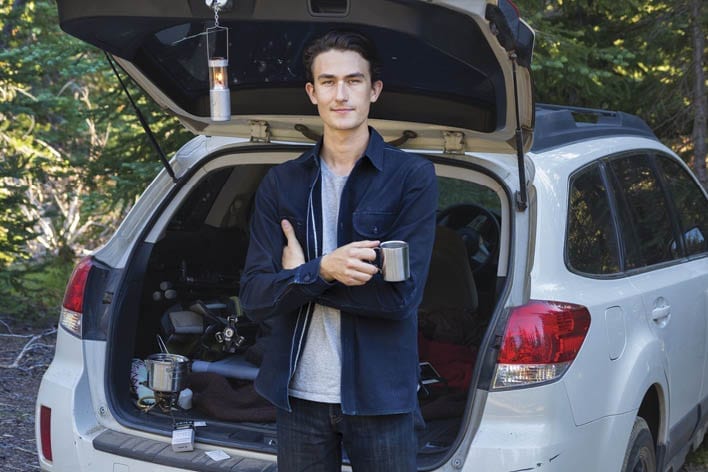 “We’re inventing a new way of brewing coffee that doesn’t compromise taste,” said Sheridan. “Voilà has a low barrier to entry for people looking to expand their palate and find what types of roasts they like, but we also cater to the seasoned coffee drinker because everyone is on the go these days.”

Sheridan and his business partner, Nick Holmboe, source beans from top roasters such as Portland’s Upper Left Roasters. They purchase overstock coffee at a discount when it’s two weeks off-roast, just before the sell-by date. Voilà can brew large batches in a day, turning soon-to-expire roasts into a crystal form that has a significantly longer shelf life.

Coffee servings comes as a five-packet set in flip top boxes reminiscent of a cigarette pack. The packaging play is both humorous and functional. Committed to transparency from farm to consumer, Voilà prints the roaster and its location on every label. This may sound obvious, but “you would be appalled at how other instant coffee is made and sourced,” said Sheridan.

The company came out with a bang last fall with a fully funded Kickstarter campaign. Order fulfillment for backers came in March after some production delays due to continued testing and adjustments on the new equipment that was needed to bring production to scale. Now, Voilà is taking one-time and subscription-based orders through its website, where customers can pick the notes they would like to see in their coffee: Structured, Complex or Lively. The coffee is also available at the cafés of their roasters.

Sheridan said the product has been well-received so far. He is working with tastemakers to spread the instant coffee gospel as he seeks an investor who can “help us take the company to the next level.” voila.coffee 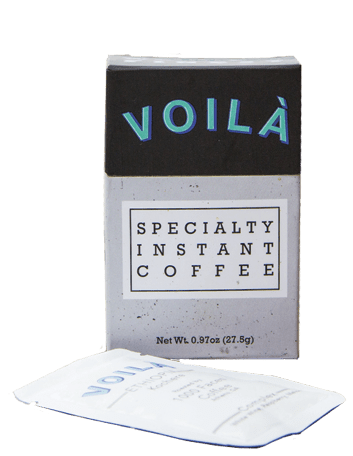