You are here: Home / Business / The Vintage Vector 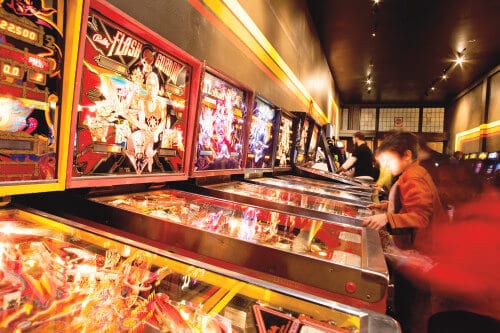 During the nearly two decades in which Brett Pulliam worked with high-tech animation studio Pixar, he pursued a decidedly lower-tech passion in his off-time. Instead of IMAX 3D, think Q*bert, Pac-Man and Centipede.

Today the passion has become profession, as Pulliam delights video gamers and newcomers alike with his downtown Bend business Vector Volcano Arcade. The space catapults visitors back to the early ’80s, complete with pinball machines, joystick-and-fire-button video games and a jukebox stocked with selections curated from his collection of nearly a thousand 45 records.

The focus is on games that are easy to play and family friendly. For instance, in Bubbles, you’re a soap bubble with the object of cleaning the sink. In Journey, your mission is to reunite Steve Perry with his microphone. While arguably part of a burgeoning ’80s “barcades” trend around the nation (beer and wine are available at Volcano, too) Pulliam puts the emphasis on the games rather than the snacks and drinks. Patrons pay $5 for an hour and need not plug the machines, allowing a try at everything from destroying the Death Star to saving the damsel from Donkey Kong.

“New game” signs regularly signal a rotation from Pulliam’s personal collection of about 100 video games. And Pulliam happily shares his vast knowledge about the early ’80s video game experience. He even admits that it’s not unusual for him to stay until midnight after the arcade closes, trying for high scores on Tapper and Galaga.

“It’s time consuming, but I love it,” he said. “I still feel like it’s my hobby. I hope the customers can feel that passion.” — Heidi Hagemeier 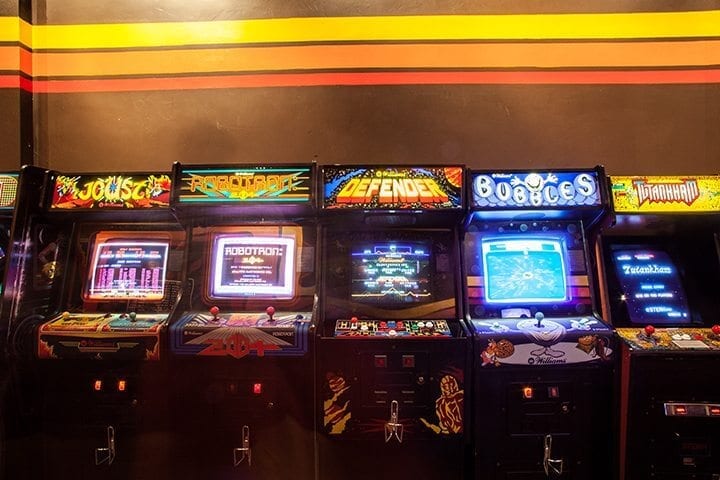 From pinball to Pac-Man, vintage games at Vector Volcano attract gamers of all ages. Photo by Duncan Galvin 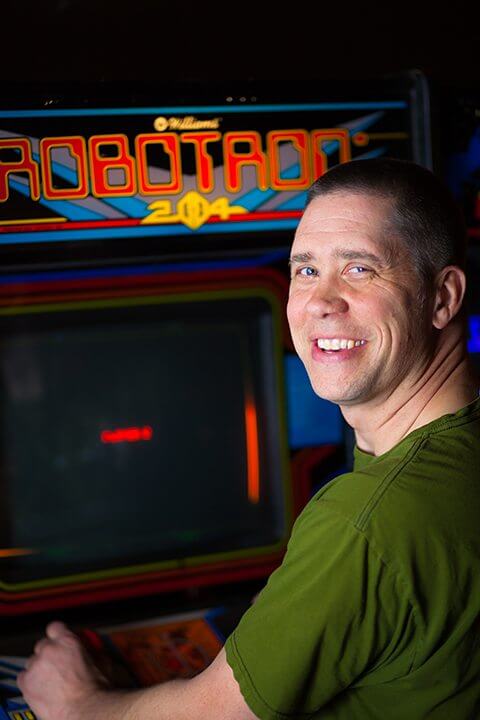 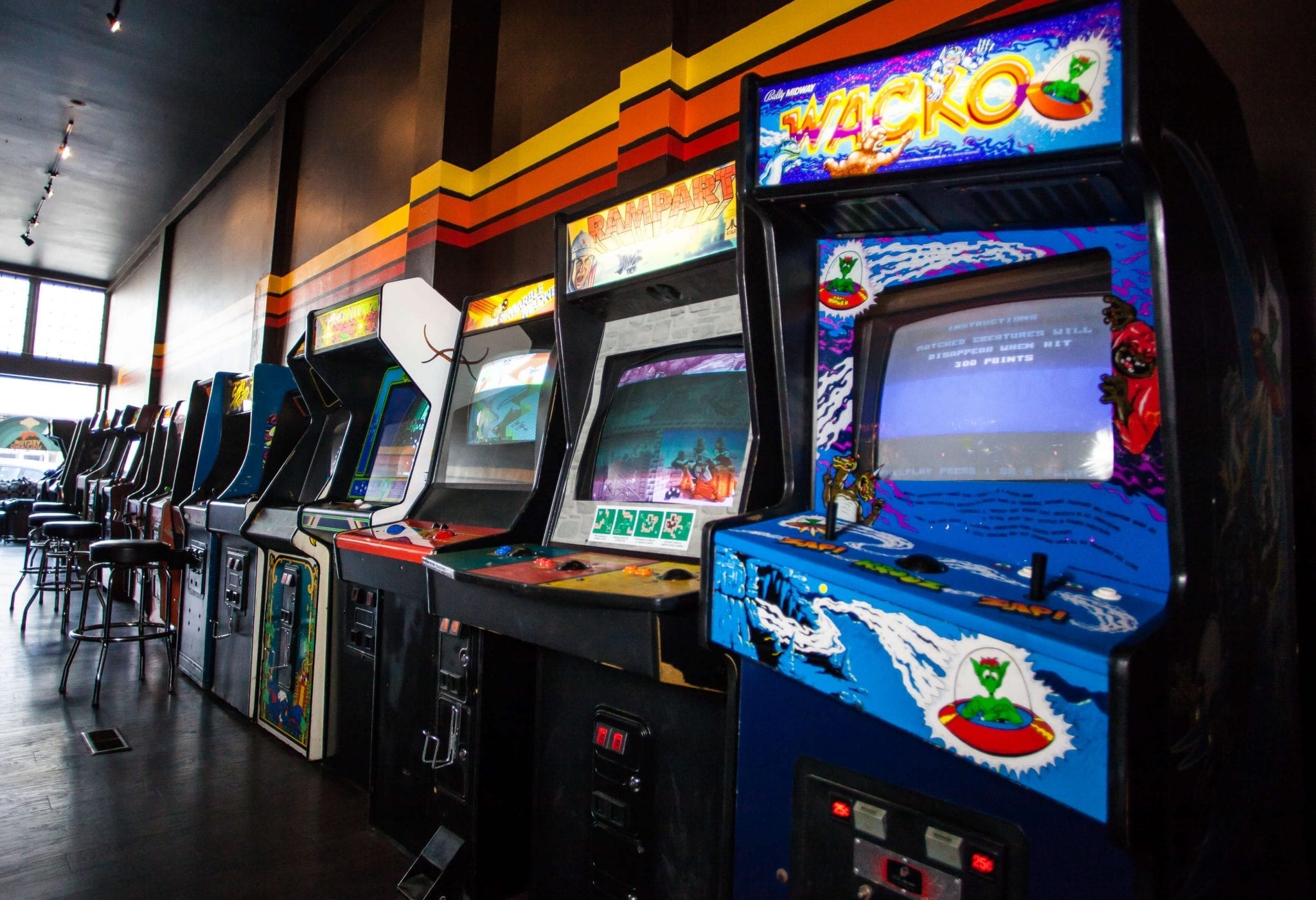 Drawing from the more than 100 games in his personal collection, Pulliam puts new games on the floor to challenge regular customers. Photo by Duncan Galvin 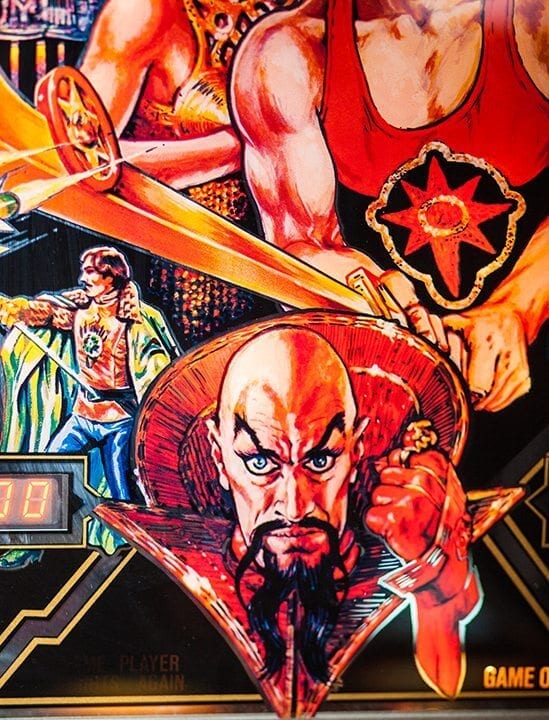 “Early 80’s arcade games are nostalgic, simple, and social,” says Pulliam, “They survived on simple gameplay and were hard to master.” Photo by Duncan Galvin 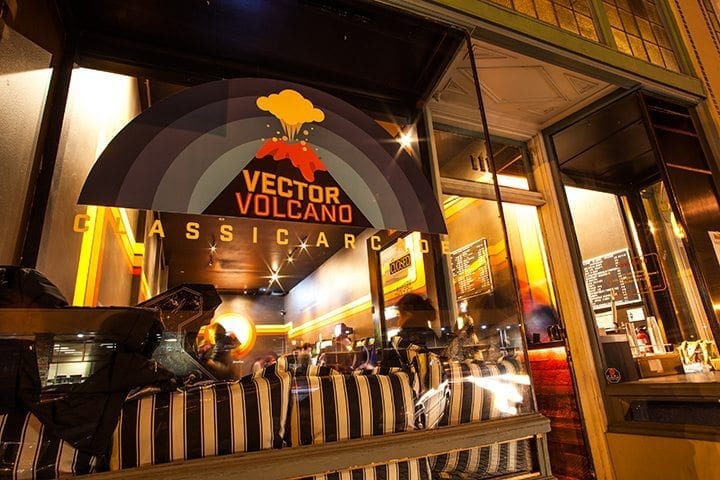 Moving to Bend to be close to mountain biking and snow, Pulliam set up his classic arcade in downtown Bend in 2015. Photo by Duncan Galvin 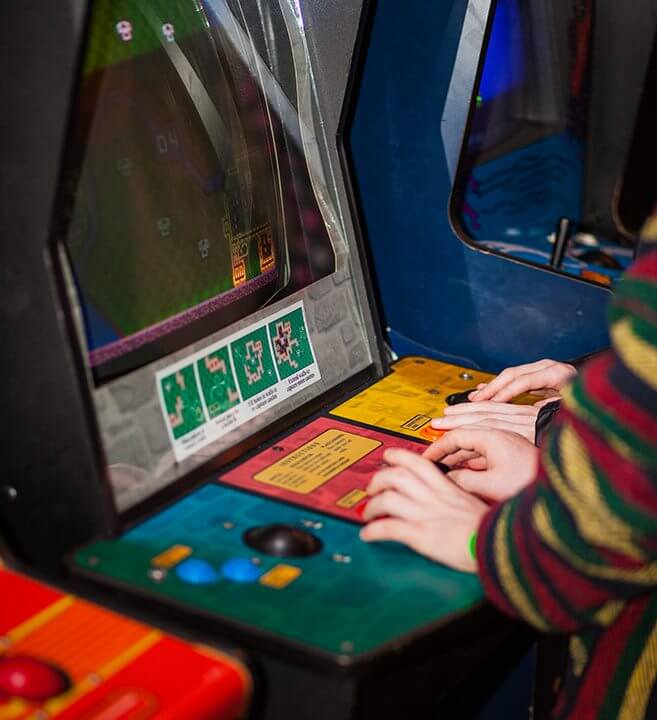 According to Pulliam, the limited technology of 80’s games, with joysticks and fire buttons, added an extra challenge for players. Photo by Duncan Galvin 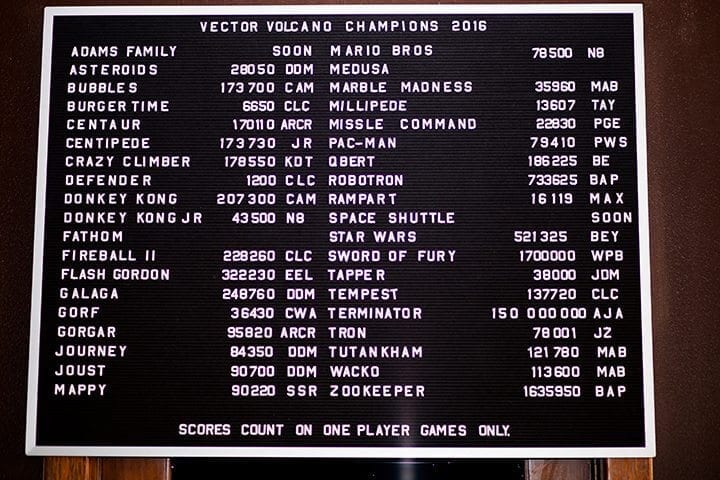 The Top Scores board at Vector showcases the vast selection of games. Photo by Duncan Galvin 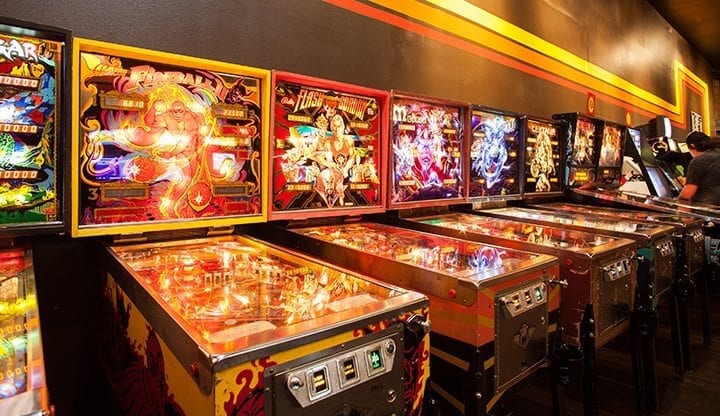 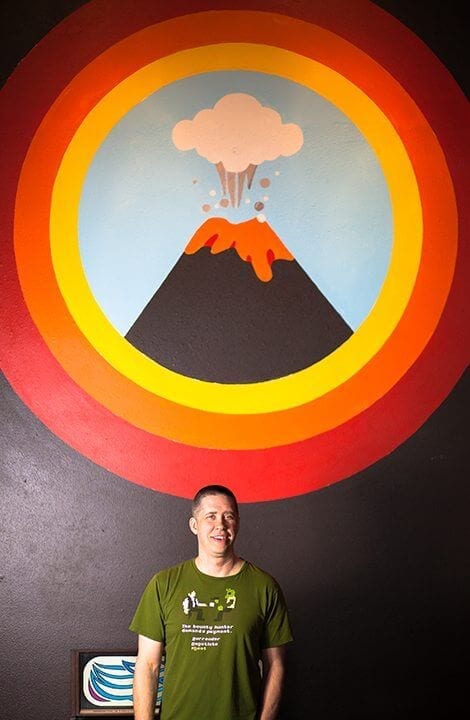 “Talking to customers about classic games and pinball is my favorite part of the job.” says Pulliam, who worked with Pixar for almost 20 years. Photo by Duncan Galvin 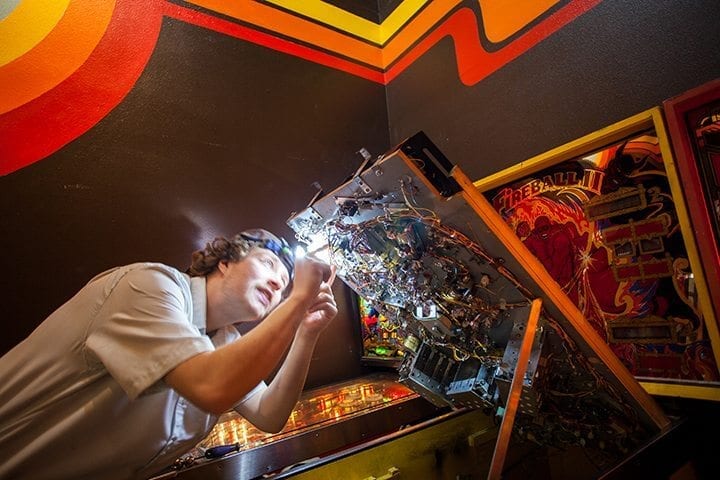