You are here: Home / Business / Wastewater Cools Apple In Prineville 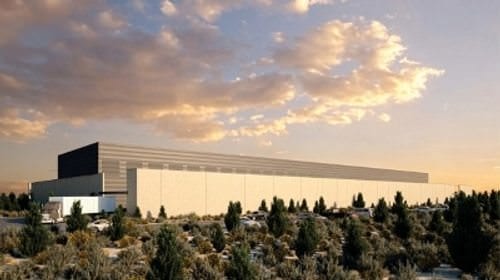 Apple has plans to waste not and go green. The technology giant has agreed to pay for a treatment facility to recycle water for evaporative cooling at its Prineville data centers. According to Apple, the new facility will conserve nearly five million gallons of water a year by reusing water from Prineville’s regular sewage treatment system instead of drawing from the tap. “Water’s a premium, especially in Central Oregon, and we want to utilize every ounce we can,” said Prineville’s Mayor Betty Roppe. “With the collaboration between businesses, we can accomplish a lot more than the city could on its own.”

Apple already ranks among Prineville’s top users last year with 27 million gallons going to the company’s facilities. The new recycled water will be treated to a cleaner level than the city’s existing system that treats water used for irrigation at its Meadow Lakes golf course as well as nearby pastureland. Construction of the facility is slated for this summer and the city estimates the project’s completion in 2018. “Apple has stepped up and is paying for the project at their cost,” said Steve Forrester, Prineville’s city manager. “Not only is this the right thing to do for the environment—Apple will use less water through this process—it also gives our community another tool in our toolbox, one more way to get water.”