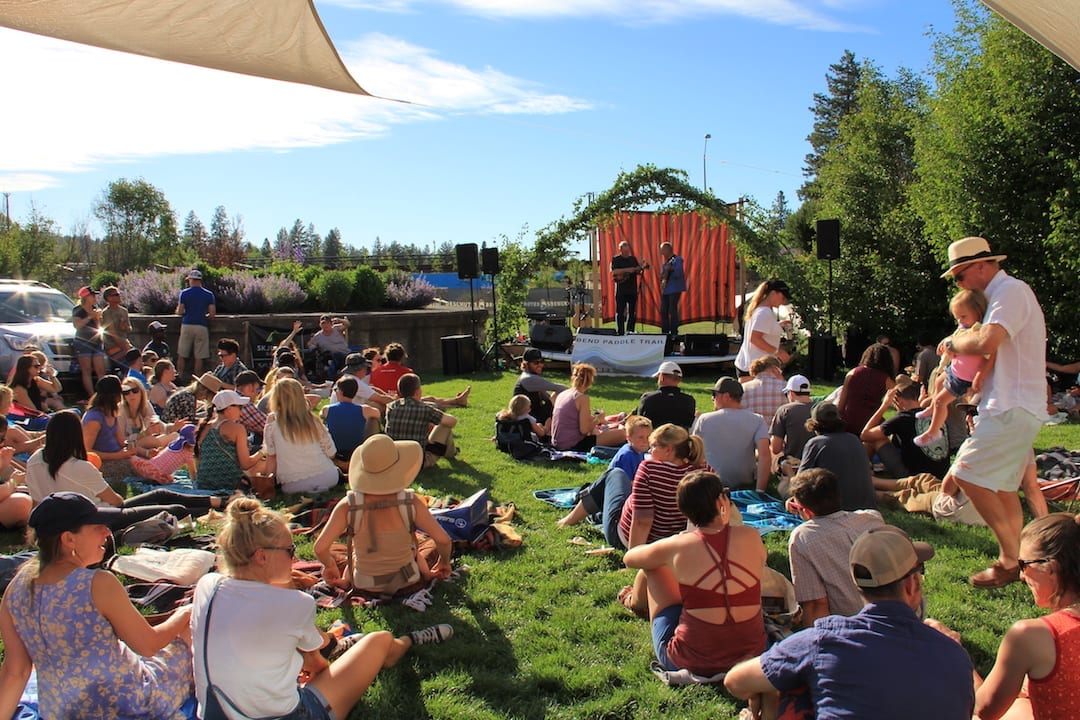 Some of the best bashes of the season take place along the banks of the Deschutes River. Each summer, Tumalo Creek hosts the backyard concert series, Pickin’ & Paddlin’. Wednesday marks the kickoff to the series and to the Subaru Outside Games.

There are bike, water and climbing events at Subaru Outside Games, a multiday sports festival in Bend. The fun competitions and activities for everyone in the family (including the dog) take place all over Central Oregon, with a headquarters at Riverbend Park, where there will also be live music and local beer and food onsite.

For professional athletes, amateur athletes and those that just want to get outside for some fun competition, the Pacific Crest Endurance Sports Festival draws people from across the Pacific Northwest. Take part in one of the races, watch from the sidelines and join the festivities at the Village in Sunriver after.

Each year, 4 Peaks Music Festival brings in some of the best acts in bluegrass, folk, Americana and more to a four-day festival in Bend. The event includes plenty of camping sites and activities for the whole family to enjoy. Advance tickets required.

A new exhibit at the Warm Springs Museum opens on Thursday. Memory of the Land: Treaty of the Middle Columbia River Tribes and Bands explores the history and legacy of the tribes of the Columbia. The opening day of the exhibit will include a traditional salmon bake and horse parade.

Primus and Mastodon will be at the Les Schwab Amphitheater on Saturday. These two acts bookend the “prog” rock genre but share a cult-like following. Bring your “moshing” shoes and your ear protection. For something on the mellower side, Singer-songwriter Chris Isaak kicks off the Clear Summer Nights concert series at the Athletic Club of Bend. You could also spend Saturday up at Elk Lake for an outdoor concert featuring Bill Keale. Pack some chairs for a picnic or eat at the lodge while you listen.