What If We Could is a website and social marketing platform that partners with nonprofits on a series of rotating initiatives that alternate between marshalling volunteers, fundraising and gathering in-kind donations. 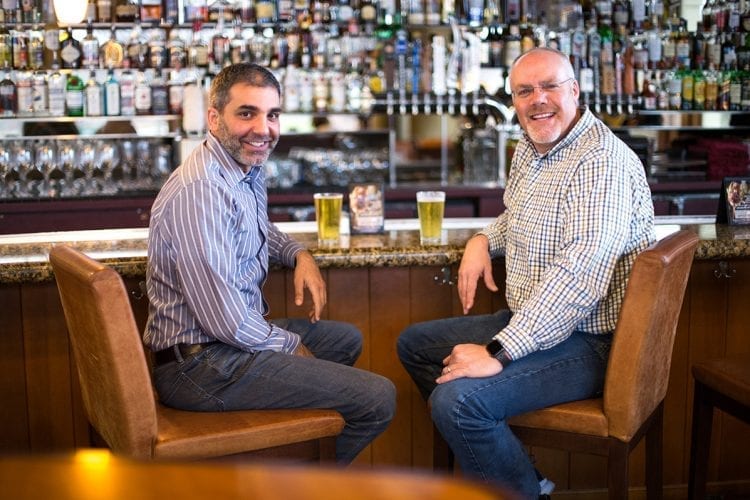 In Bend, it’s estimated that there are more than 500 nonprofits working in everything from childcare to mountain bike trail maintenance. Nationally, nonprofits are doing big business. According to the Urban Institute’s most recent report, there were more than 1.5 million nonprofit’s operating in 2015 with $3.5 trillion in revenue.

That picture obscures the reality faced by most nonprofits: they face a perpetual scramble to maintain funding through grants and private donations. The truth is that there aren’t enough charity golf tournaments and galas to fund all the organizations.

It’s a problem that Rys Fairbrother has been thinking about for years. A former account manager at Zolo Media, Fairbrother has a passion for public service that is rooted in his Christian faith. But he is also an enterprising thinker who has worked in marketing and social media. A few years ago, he began to envision a business dedicated to helping nonprofits better serve their constituents while helping inspire ordinary people to acts of altruism.

An extended road trip with his oldest son last summer served as the inspiration to take that dream and turn it into reality. He quit his day job last fall and dedicated himself to the idea, which he launched in January as What If We Could, a website and social marketing platform that partners with nonprofits on a series of rotating initiatives that alternate between marshalling volunteers, fundraising and gathering in-kind donations. It’s all driven by a series of social media campaigns developed by Fairbrother with his nonprofit clients.

In the case of What If We Could, Fairbrother saw an opportunity in the intersection of crowdsourcing platforms like Go Fund Me and the ongoing funding and operational requirements of nonprofits. As with crowdsourcing campaigns, the ability of nonprofits to fundraise is tied to their story. Successful nonprofits understand that and have sophisticated marketing arms to support their work. But most nonprofits don’t have the time and resources necessary to support strong outreach campaigns. What If We Could helps nonprofits articulate that story, while allowing supporters to become vested in specific initiatives through donations and volunteering.

There is also a matter of transparency. Fairbrother said donors are taking a greater interest in where and how their money is being spent.

“I believe that giving is changing. Our parents gave $500 to the United Way and away it went. And now, people want to see where their money goes and how it is being used in the community,” he said.

Fairbrother wanted his platform to address both sides of the equation. Better narratives for nonprofits that resonated with donors and volunteers and a transparent connection between donations and outcomes gives supporters a clear sense of how their giving impacted the community.

A third leg of the stool brings in business sponsors to underwrite the social campaigns. One of the first to get on board is Greg’s Grill, which was already using its wine of the month program to help raise money for non-profits such as Central Oregon Veteran’s Outreach. (COVO) Manager Andreas Gregoriou believes that partnering with Fairbrother will allow him to more than double Greg’s fundraising.

“What we have done with Rys is pretty much that [program] on steroids, so we can maximize revenue for COVO and awareness for COVO, as well,” Gregoriou said. If the program is successful, Fairbrother said the model can be taken to other markets in Oregon and beyond.

“I think there is just such a heart in the community to want to give back and help these nonprofits. They just need the platform,” Fairbrother said.