You are here: Home / Adventure / What to Know When You Float the Deschutes River

Whether you live in Bend or are just visiting for the weekend, consider this your cheat sheet for floating the Deschutes River. 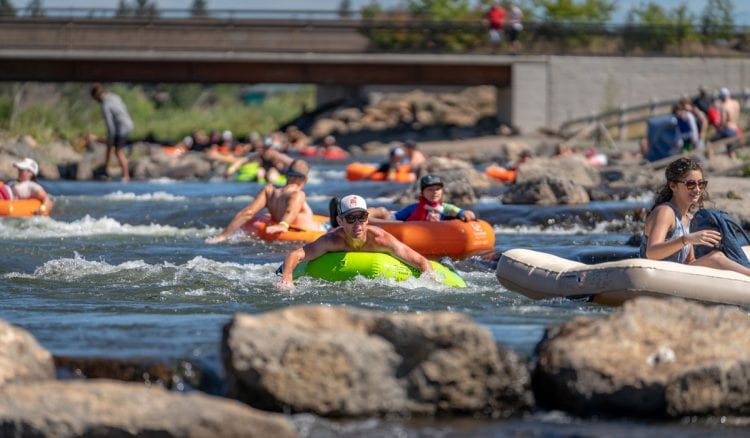 The popularity of floating the river has surpassed what anyone envisioned when Bend’s Park and Recreation District formally opened the river for business. Unfortunately, the amount of trash, from lost clothing to littered cans, has also ballooned. Rather than curtail floating, the park district and its partners, including the Old Mill District and Tumalo Creek Kayak & Canoe, are asking locals and visitors to consider their impact when they set sail from Farewell Bend Park. Points of emphasis include eliminating trash and litter on the river and reducing stress on native and restored riparian areas, by helping users identify and use established access and exit points on the river.