You are here: Home / Adventure / A Summer Evening Adventure to Sparks Lake

Microadventures are a way to squeeze in outdoor time in the summer. 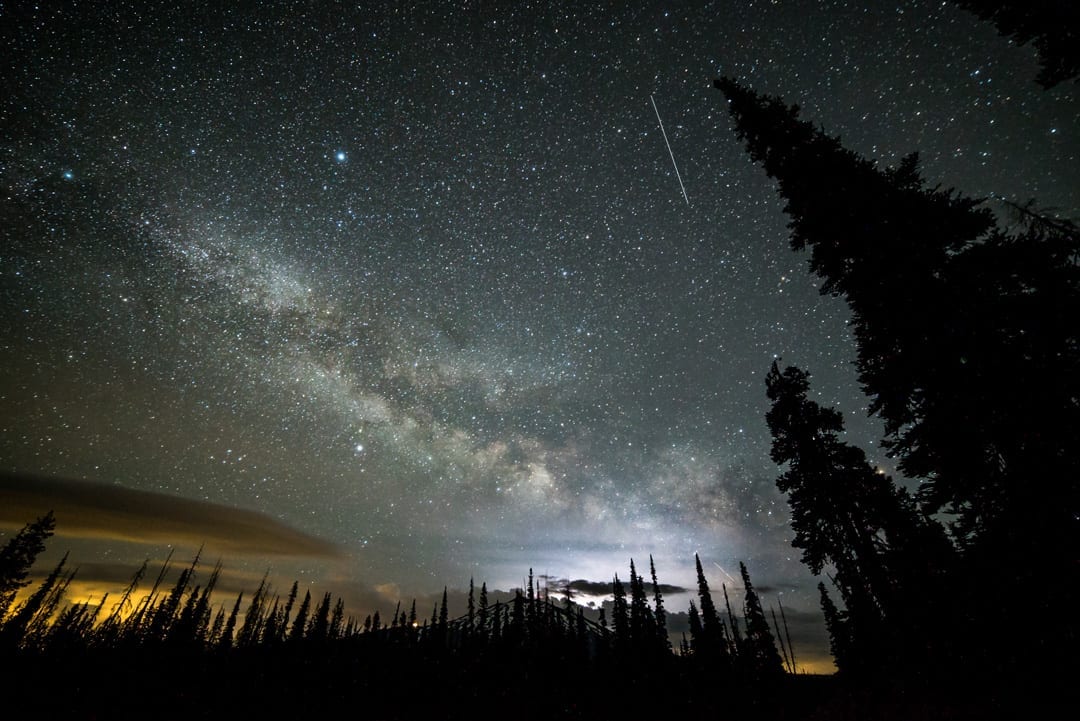 On a recent Tuesday afternoon, I hopped in my car outfitted that morning with my trusty old canoe and camping gear and picked up my friend and photographer Nate Wyeth. Just over an hour later, we were dipping the Old Town Seranac (built for comfort, definitely not for speed) in the calm waters of Sparks Lake, a shimmering jewel in a string of lakes just off the Cascade Lakes Scenic Highway twenty-five miles west of Bend. For the next twelve hours, we were going to sneak in a midweek “microadventure.”

A handful of years ago, a friend and frequent adventure buddy introduced me to the idea of a microadventure. The concept of a weeknight outing that takes place between the hours of 5 p.m. and 9 a.m. immediately struck a resonant chord with me. After all, I live in Bend, a location known for quick access to the outdoors, wide variety of recreation opportunities and adventure tourism.

The introduction was sent by way of a video created by British adventurer, explorer and writer Alastair Humphreys. The goal, Humphreys states, is to encourage people to get outside and out of their comfort zone to a place they’ve never been. More specifically, a microadventure is one that is close, accessible, simple, short and easy. For a young father with a busy work schedule, lots of side projects and hobbies, this seemed to be a perfect fit.

“Above all, adventure is about energy, enthusiasm, ambition, open-mindedness and curiosity,” said Humphreys in his video. “You don’t have to have huge adventures all the time: I accept that we all have to pragmatically juggle our ‘real lives’ too. You can have a small adventure. A microadventure.” 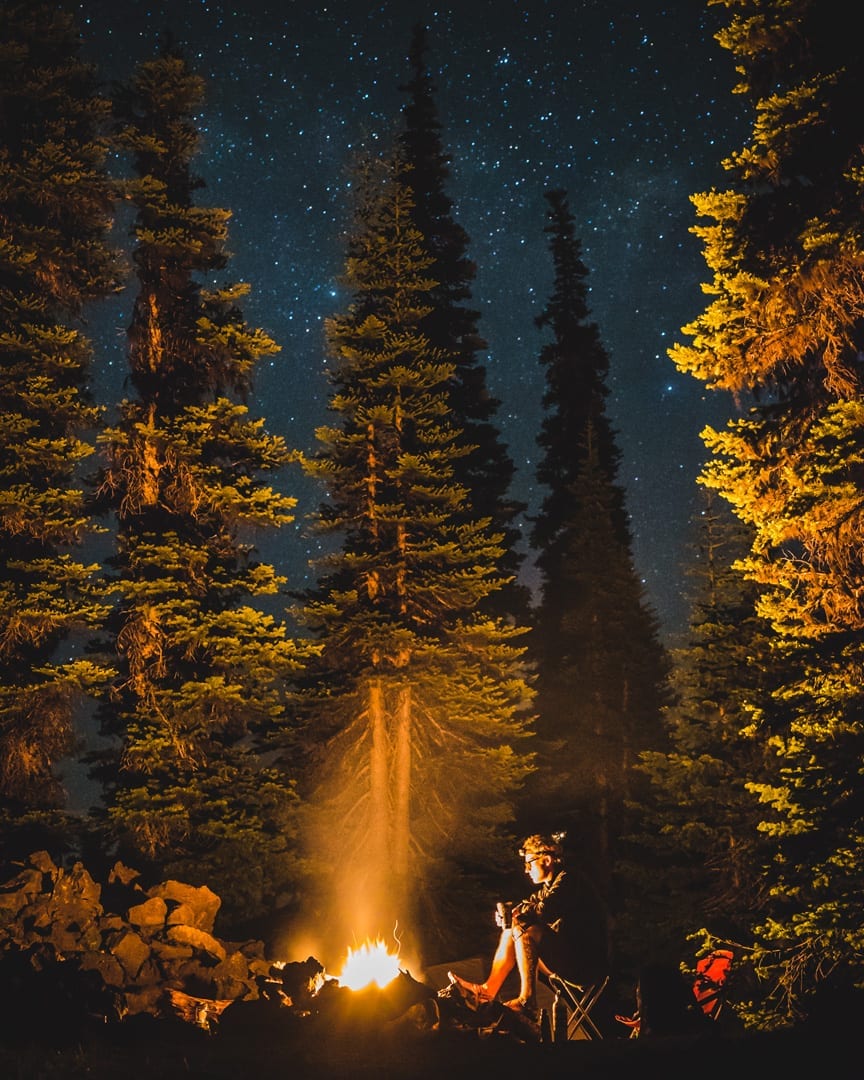 Humphreys chronicled his year of microadventures nearly seven years ago, but the concept quickly gained steam in the United States. Fueled by the power of social media, the hashtag #microadventure has more than 90,000 tags and counting on the popular photo-sharing social network Instagram.

My first real microadventure was five years ago. Since then, I’ve had dozens of them ranging from bikepacking up to a forest shelter to backpacking a few miles into the woods for a spectacular weeknight showing of the Persied meteor shower. Most recently, though, I decided to rediscover the trip that began my own personal microadventure odyssey, a canoe camp at the beautiful and alluring Sparks Lake in Central Oregon.

Now I’ll admit that I’m guilty here of breaking one of Humphrey’s rules of microadventures: “Do what you normally do not do, and go somewhere you’ve never been.” Some places are worth repeating, however, and after finding the perfect camping site during the first weeknight trip in 2013, I decided I was okay with one asterisk on my microadventure resume. As we glided over the pristine waters on a brilliantly sunny evening, we felt like we were cheating the weekend. The beauty of Sparks Lake is no secret to residents of Central Oregon, and on any given weekend day there is nary a parking spot in the sizable lot around the boat ramp. The workweek is a different story, and we found ourselves one of only a handful of people enjoying the waters on a beautiful evening.

As we silently congratulated ourselves on our microadventure choice, we took in the views of the looming mountains in front of us. Still snowcapped South Sister shone in the crepuscular light, and Broken Top stood gallantly beside on the western horizon. Soon enough, we berthed the canoe behind a facade of lava rock and found one of many seemingly perfect spots to make camp and settle down to watch the sunset over the lake.

Words simply can’t describe some moments in nature. When the right combination of factors align, a warm contentedness washes over you, and you simply count yourself lucky that you are where you are in that particular moment in time. Sparks Lake in perfect light on a beautiful summer evening is one of these moments. For Wyeth, an accomplished photographer and avid nature seeker, this moment couldn’t be clearer as he grinned ear to ear while setting up his shots. 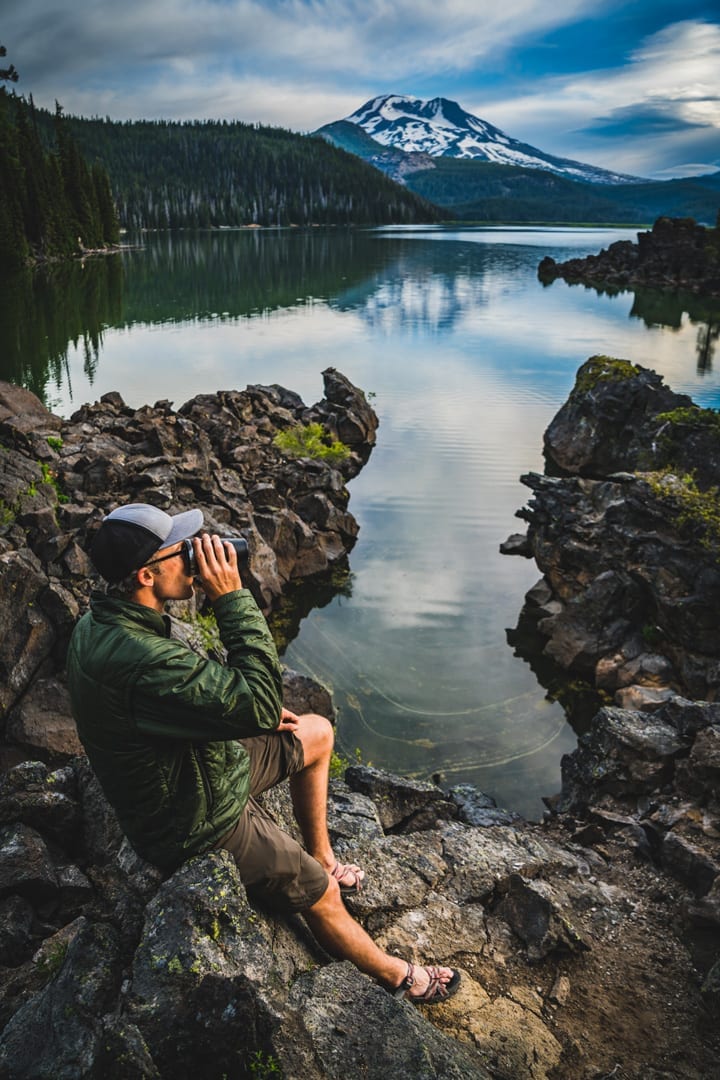 “Oregon is filled with so many spectacular places and so many are right at our fingertips,” said Wyeth. “Microadventures were made for this state.”

As the sun went down, we settled in, ate a quick meal and put on jackets for one last outing. Though it was now well past dusk, the calm, clear waters on a full-moonlit night begged for one more chapter in this weeknight outing. We slid the canoe into water, cracked open a couple of cold beers and idly paddled around the perimeter of the lake enjoying the summer night. We discovered we were one of only three groups camping on the lake.

The next morning, we rose with the sun and drank our coffee on the rocky ledge overlooking the water. The high desert air had a crispness about it, only hinting toward the warmer temperatures yet to come later in the day. Packing up our gear, we tried keeping our minds on the scenery around us and not on the workday ahead.

As we pulled back into town around 8:30 a.m., we still felt an energy from the microadventure. Being able to pull off a weeknight camping excursion and still make it to work before 9 a.m. feels like a mistress to your regular nine-to-five day. Though it’s your own time, it seems like you’re somehow cheating the workweek. And maybe you are. But your boss never needs to know.

Share This Article
« This Broken Top Garden Was Designed to be Lived In
Weekend Roundup: June 27-July 1 »