You are here: Home / Culture / Heritage / How Bend Was Built Brick By Brick 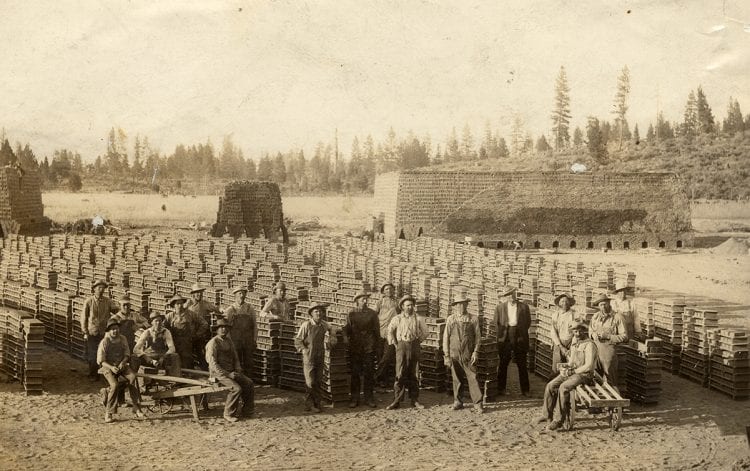 When Hugh O’Kane’s saloon on the corner of Oregon and Bond streets burned down in Bend’s first fire on April 27, 1905, he told the Bend Bulletin, “This is quite a blow to me just at this time […] but I will put up another building and try again.” Ten years later, his other business, the Bend Hotel, also went up in smoke. In 1916, he finally got it right. The fire-proofed O’Kane building still sits at the corner of Oregon and Bond streets.

O’Kane’s losses were hardly outliers in an era long before the advent of fire alarms, sprinkler systems and modern fire-fighting equipment. Blazes could spread quickly with deadly consequences, especially in timber towns like Bend where wood from the local mill was the de facto building material. In those early years, Bend’s business district was cobbled together from an assortment of frame-built buildings. Fire-prone restaurants and saloons stood next-door to grocery or clothing stores. A fire could make short work of an entire business district, severely crippling the local economy.

Although national and state building codes changed after Mrs. O’Leary’s cow famously started the Great Chicago Fire in 1871, it was not until March 1912 when the Bend City Council bolstered the local building codes and demanded fireproof buildings in the business district.

“The switch from wood frame construction to brick, stone and concrete is reflective of fires ripping through downtown areas,” said Michael Houser, former Deschutes County Historic Preservation Planner. “There are many examples of entire downtowns being obliterated by a single fire.” 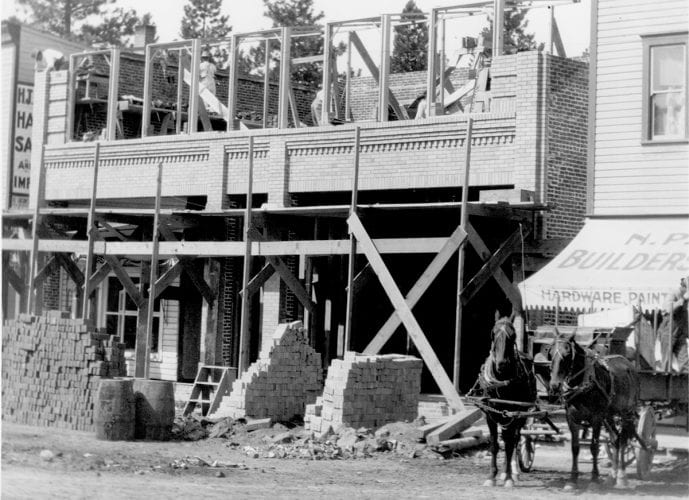 More than half of Prineville’s business section was leveled in a catastrophic fire in June 1922 and Sisters was hit with a big blaze in September 1925 that destroyed half of the town.

As Bend matured, builders and investors started looking for a material that would stand the test of time and the elements. They turned to Bend’s premiere brickmaker, Arthur “Art” Horn. An enterprising newcomer, Horn took the long way to Bend. Born in Auburn, Michigan, Horn moved to Bellingham, Washington in 1903 and to Bend in 1910.

After the first train rolled into Bend on October 5, 1911, the city went through a building boom. Perhaps seeing the opportunity to supply bricks to the commercial district, Horn bought the languishing Bend Brick and Lumber Company located between west Bend and Shevlin Park.

The first brick building in Bend’s business district housed the Bend Bulletin. Built in 1912, the one-story building comprised 27,000 bricks and cost $1,600. The building sits across from the old post office building on Wall Street. 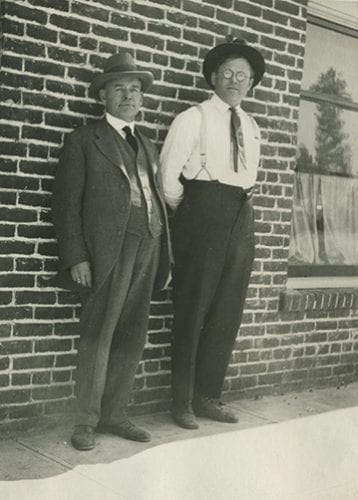 Horn initially did not have the machines needed to produce bricks with sharper edges. In March 1916, Horn invested in a new $3,000 soft mud brick machine, modernizing his operation.

“The new re-pressed brick, which the company is making this year on a large scale is proving popular among local builders,” Horn told the Bend Bulletin.

“It’s what [business men] from the East Coast were accustomed to,” said Heidi Slaybaugh, architect with BLRB Architects and chair of the Bend Landmark Commission. “The more details [the building featured] the more money you had.”

Horn sold the company in the early 1920s and moved to Eugene to start another brickyard. The Bend Brick and Lumber Company produced bricks until the late 1920s before new owners shuttered the operation. In 1932, the former brickyard was turned into a racetrack and rodeo grounds. By then better transportation and evolving markets meant that bricks could be imported into Bend more cheaply than they could be produced here.

The local brick-making era was over, but Horn and his upstart brick business had already left an enduring imprint on downtown Bend, forming the literal cornerstone of the urban center.