You are here: Home / Adventure / Bend’s Pole Pedal Paddle is About More Than Competition 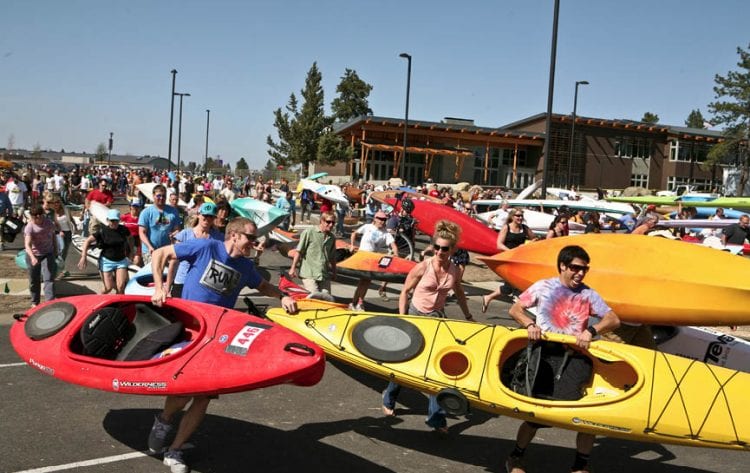 The treasured Bill Earhart ceramic mug, the only “trophy” awarded at the annual U.S. Bank Pole Pedal Paddle, is a status symbol around Bend. In some circles, it’s so ubiquitous that it’s spawned its own verb: mugging. But talk to anyone who’s been involved in the legendary Bachelor-to-Bend race that takes place in late May, and you’ll realize that the event is about more than posting a winning time.

“It defines this town,” said race director Molly Cogswell-Kelley, who’s been organizing the race for more than a decade for Mt. Bachelor Sports Education Foundation (MBSEF).

The annual six-part event, which began in 1977, put Bend on the map as an athletic destination. Raced individually, in pairs or in teams, events include alpine and Nordic skiing, running, biking and kayaking. All in all, it hits every popular sport in Bend, and takes participants on a whirlwind adventure from Mt. Bachelor’s Red Chair to the Old Mill District. About 3,000 people participate in the event each year, with around half traveling from outside the region.

Anyone can take part in the race, and most people who’ve been around long enough know that the competition is as much about the best costume as the best finish time.

“There’s a misconception that it’s just athletic people, but that’s not true at all,” said Cogswell-Kelley. “That’s the beauty of it.”

Behind the scenes are the volunteers that make it all happen. Kathleen Evans and her family have volunteered since 2004. Each year, the family is up at four in the morning, setting up aid stations from the Old Mill to Mt. Bachelor before the race starts. She said that even that early, even in the rain or the snow, there are spectators lined up to cheer on the racers.

Evans said that they come back each year to volunteer because of the connections they’ve formed with other volunteers and racers. She said it feels like a family.

“As big as Bend is growing, it’s still a community,” she said.
Now that’s a tradition worthy of raising a glass, or a mug. 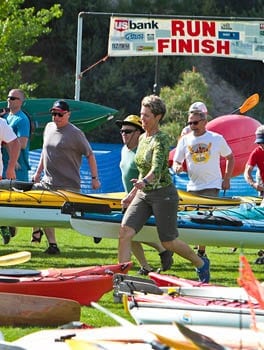 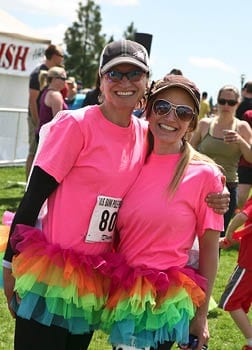 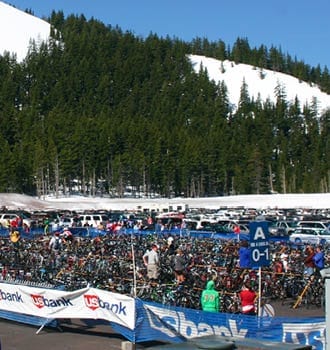