You are here: Home / Home / Bend’s New Twist on the Housing Market? Homes Built for the Vacation Home Owner

A Texas couple finds luxury turn-key living on the Deschutes River for their Bend vacation home. 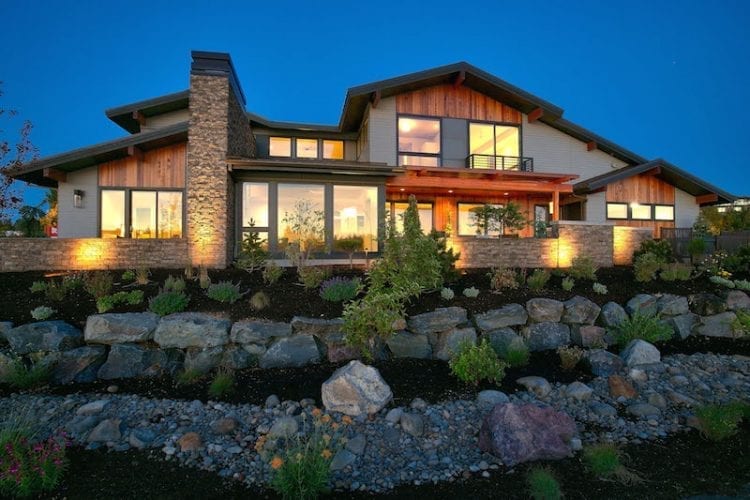 For Dotty Sonnemaker and her husband, Scott, the search for a second home could have led them to a gated community or a multi-acre property far from the hustle and bustle of fast-growing Bend. Instead, it led them to the heart of town.

Based in Houston, the couple had been looking for a second (maybe someday primary) home in Bend when their realtor showed them a house on the Deschutes River in the Old Mill District. The house was just steps from parks, shopping and a short walk or ride to downtown dining and entertainment. Best of all, it was completely furnished and ready for occupancy. 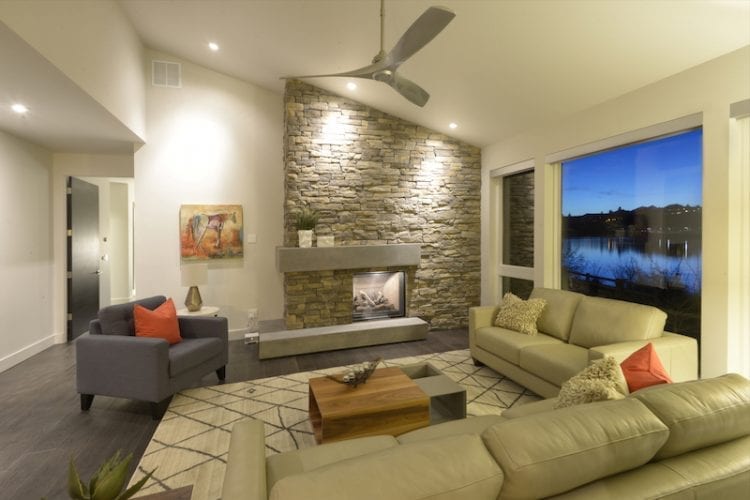 “It just felt right when we walked in,” said Dotty, “and then I opened all the cabinets and saw the glasses in the kitchen and the beautifully folded towels in the bathroom. I’m not kidding when I say it was like a dream come true; I didn’t have to do anything. We could just walk right in and start enjoying it.”

The couple had come across a new twist to Central Oregon’s residential offerings: homes built for the vacation market. The Sonnemaker house was one of four single-family homes developed by brothers Gene and John Buccola over the past two years.

The 2,840-square-foot home has three-bedrooms and two-and-a-half baths. It also offered large patio spaces that added to the home’s seasonal living and entertainment appeal while taking full advantage of the river location. The project was marketed by Gene’s son, Ryan, and designed by Ryan’s wife, Melanie. All the homes were sold either before or at the time of completion.

“It was an effortless collaboration,” said Gene, who attributed much of the project’s success to his daughter-in-law. Using her background as an interior designer of private jets, she married the practical to the luxurious to outfit the home with everything a homeowner might need. 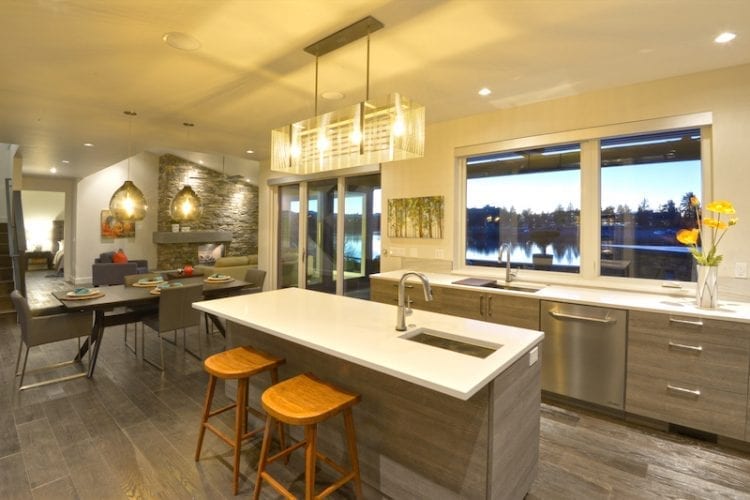 Behind its clean-lined aesthetic, the house is loaded with conveniences for its on-the-go owners.

“I do like to use every little bit of space,” Melanie said.

Tile and wide-plank oak floors, quartz and cement counters, and other finishes and surfaces were chosen for their ease of use as much as their contribution to the design scheme of neutral, effortless comfort.

Unusual materials, such as a basalt pedestal as a shower seat and natural edge seat and coat rack in the mud room, were put to work for everyday tasks, adding character and personality to the design.

A Nest thermostat texts homeowners with the status of the heating and cooling system and can be hooked up to security cameras; an iPad-based system permits control of the home’s functions from a smart phone; and the irrigation controls are hooked into the National Oceanic and Atmospheric Administration’s weather forecasts so that plants will never be under- or over-watered again. 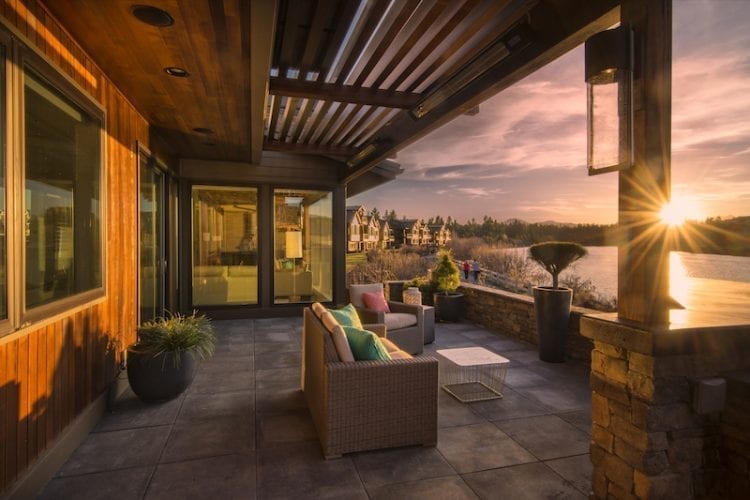 Storage spaces were included for homeowners, vacation renters, and maintenance firms, should owners opt to rent out the home when not occupying it.

“The Buccolas really wanted people to be able to close up a house and then open it up and start enjoying it right away,” said Bart Mitchell, owner of Stillwater Construction, who built the homes. “Though,” he added, “all the design and structural choices they made would also work very well in a primary residence.” 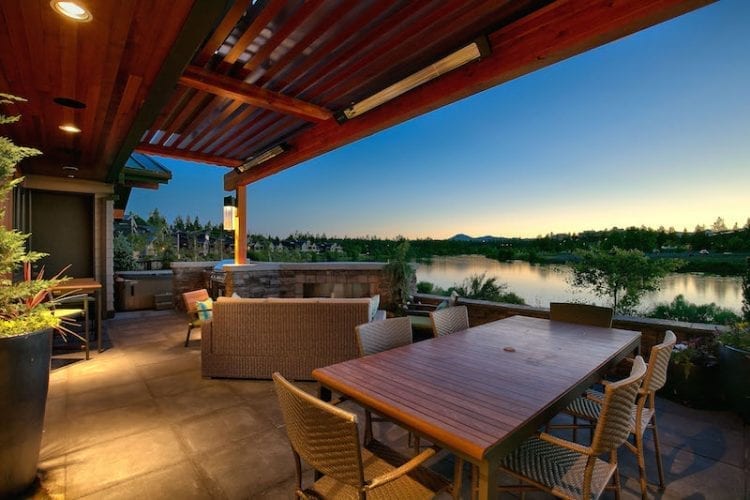 Attracted to Bend by the climate and to Oregon because they had lived here for fourteen years before being transferred to Texas, the Sonnemakers now visit here almost monthly and let friends use the home when they are not in residence.

Planning ahead to their next visit in July, they’re looking forward to discovering how well sound might travel from the amphitheater when big draw musical acts are performing—not to mention the everyday appeal of kayaking on the river, and hosting friends and family.

“We want to indulge in everything possible,” said Dotty.