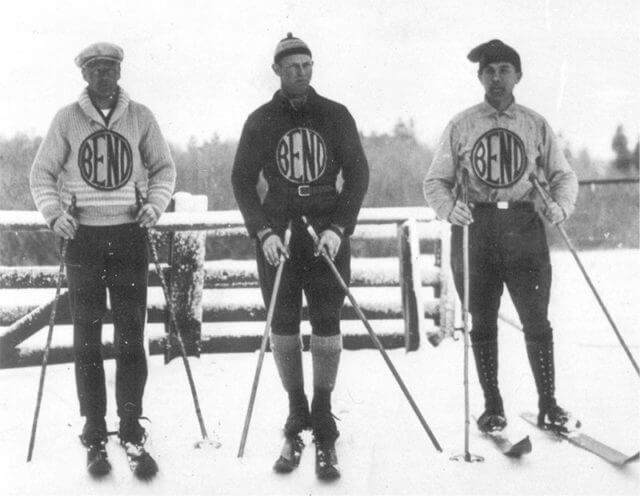 Central Oregon has a long history of Nordic and alpine skiing, but none is older or more influential than the Skyliners ski club. Born out of a rescue effort in the Three Sisters area in 1927, Scandinavians Nels Skjersaa, Nils Wulfsberg, Chris Kostol and Emil Nordeen founded Bend’s first ski club.

Fostering a love for the outdoors, the club put skiing, tobogganing, skating, hiking and mountain climbing on the map in Central Oregon. Skyliners built its first winter playground at McKenzie Pass in 1928. When the club started arranging annual competitions in 1929, athletes from the Pacific Northwest and Canada congregated on the area.

Skyliners’ top skiers, including John Ring, Olaf Skjersaa, Ole Amoth, and Arved Iverson held their own against Hjalmar Hvam and John Elvrum of Cascade Ski Club, and Ole Tverdahl of Seattle Ski Club. In 1931, Skyliners became one of the founding members of the Pacific Northwest Ski Association.

A diminishing snowpack and a wish to build a larger ski jump prompted Skyliners to relocate its headquarters to the Tumalo Creek area, in the mid-1930s, where the only paved road still bears the club’s name.

Like many extracurricular clubs around the country, Skyliners went into hibernation with the outbreak of World War II. It wasn’t until the early 1950s that Skyliners resumed regular activities. With the establishment of a ski center at Bachelor Butte (now Mt. Bachelor) in 1958, the club made its final move.

From the new base west of Bend, head alpine coach Frank Cammack was instrumental in developing Skyliners’ next generation of top athletes, including Kiki Cutter, the first American to win a World Cup race. Others, including, Karen Skjersaa, Sherry Blann, Mark Ford (father of World Cup racer Tommy Ford) and Mike Lafferty competed at national and international tournaments.

After almost sixty years as an independent organization, Skyliners was integrated into Mt. Bachelor Ski Education Foundation (MBSEF) in 1986. Its legacy lives on in the ski and outdoor culture that is so deeply imprinted on the DNA of Central Oregon today. 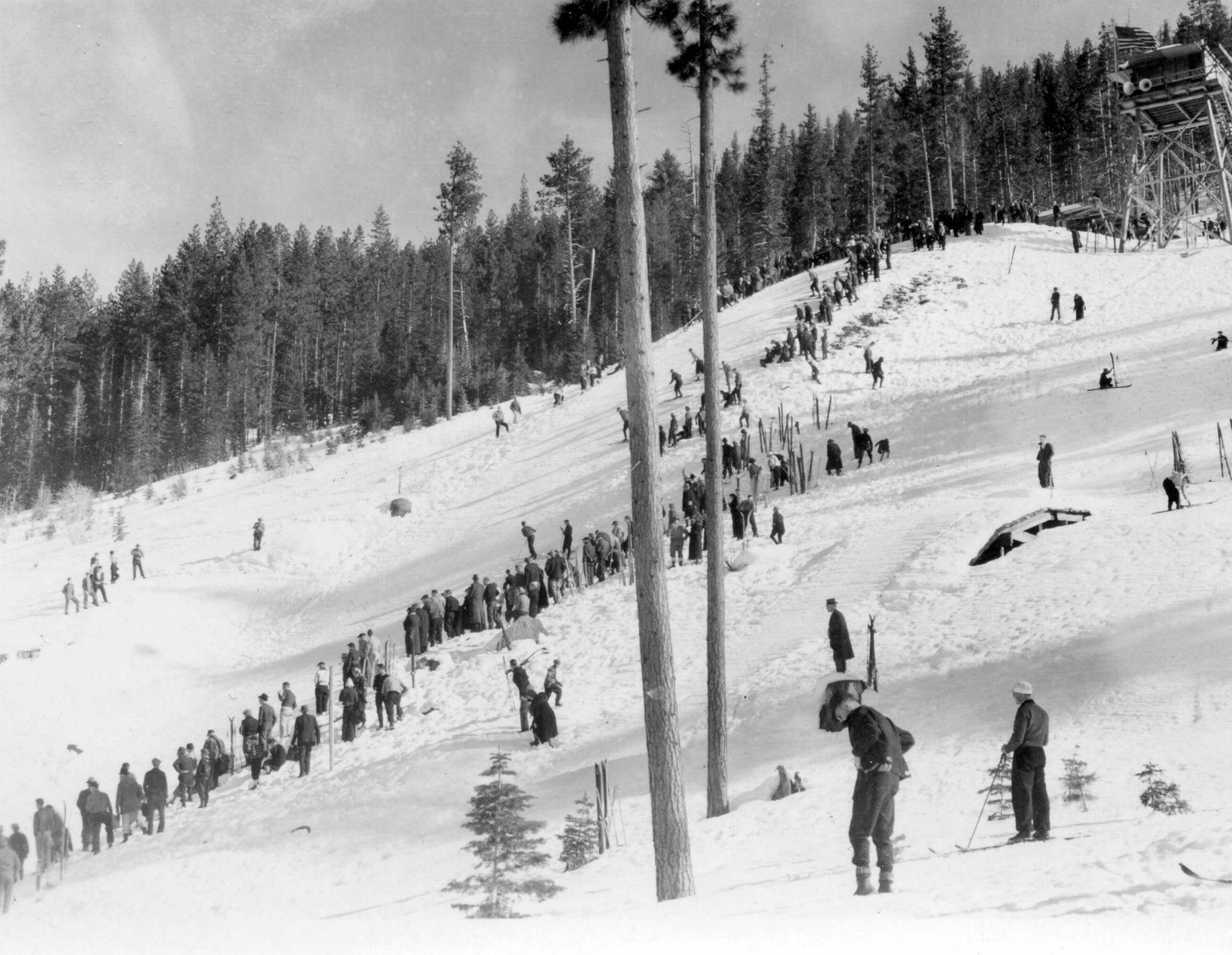 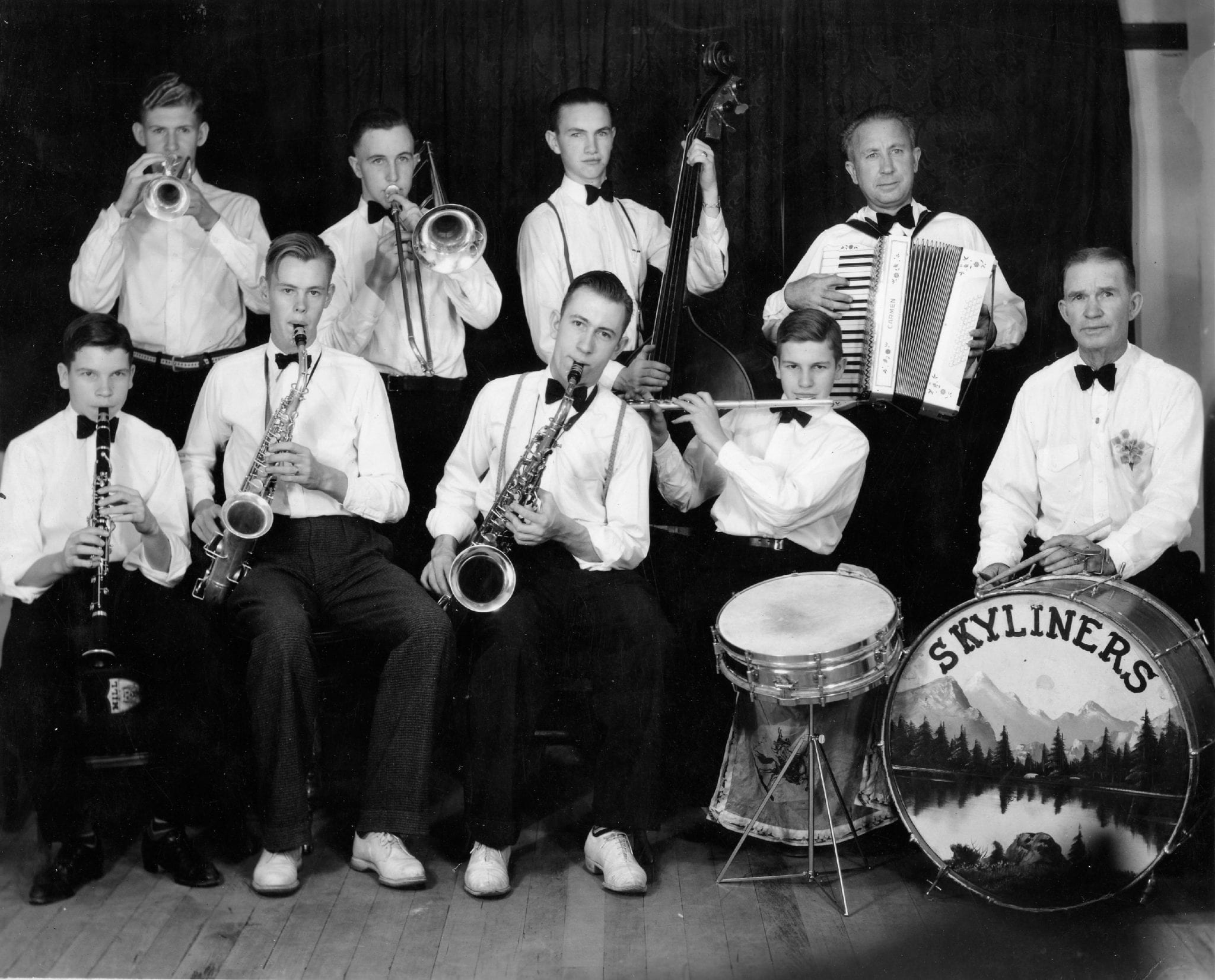 Editor’s Note: The Heritage Page is a product of the Deschutes Historical Society, a nonprofit volunteer organization dedicated to the preservation and celebration of Central Oregon’s early history.