The up-and-coming skiers and snowboarders from Bend who have a shot at gold and history in the PyeongChang Winter Olympics. 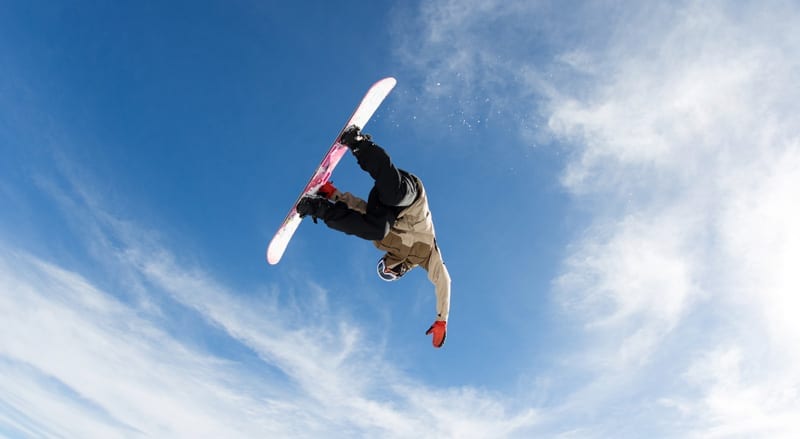 When the Winter Olympics commence this February half a world away in PyeongChang, South Korea, some fans here in Bend will be watching the games with a little more at stake than national pride. They will be rooting for homegrown and hometown athletes that they’ve known as students, classmates, friends and neighbors. They are the latest local hopefuls who have run the gauntlet of amateur and professional competition for a shot at Olympic gold and a place in history.

It’s rarified air, to be sure. Only a handful of athletes make it to the top. But this year’s games hold promise for a select few, including downhillers Laurenne Ross and Tommy Ford and snowboarder Ben Ferguson. Look a little deeper and you’ll see a number of local skiers and riders in the Team USA pipeline who have their sights set on 2022. Take another step back and you will see a community that is chock full of former Olympians such as speed skater Dick Hunt (’60, ’64) and cross-country skiing great Suzanne King (’94, ’98). Yes, the Games are an international spectacle, but the fingerprints of Bend athletes are all over them. And for those about to compete, We Salute You!

The Current Cast of Olympians 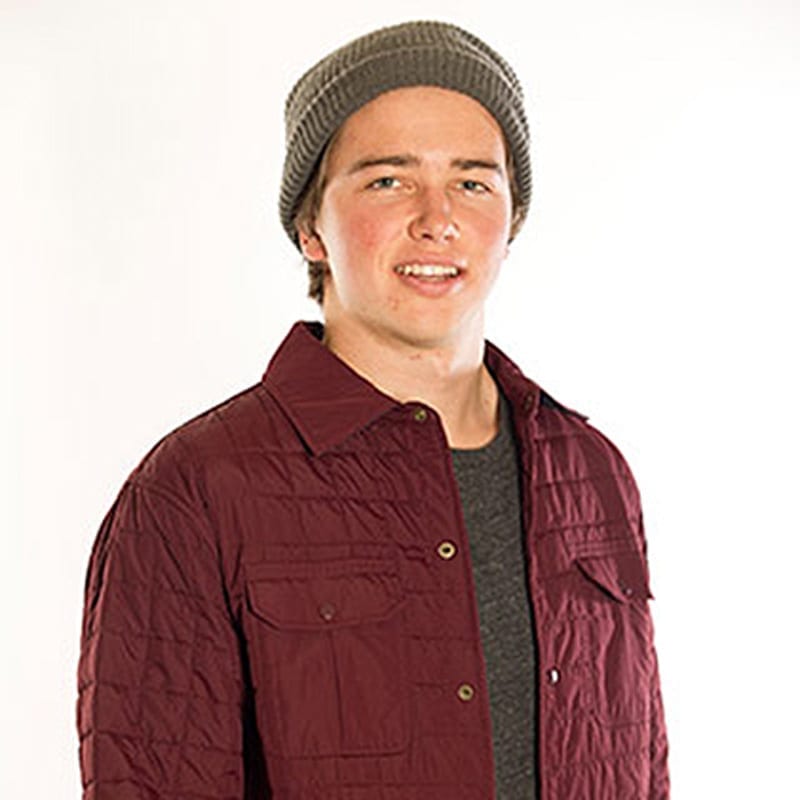 A hometown kid with an international pedigree, Callister rode to a surprise ninth place overall finish in the men’s halfpipe at the 2014 Games in Sochi. A Bachelor product, Callister took a side door into the Olympics by joining the Australian team thanks to dual citizenship. His father is Australian, and Callister spent his younger years living in Australia, where he took up skateboarding. The family relocated to Central Oregon when Callister was just nine. He transitioned quickly to snowboarding and showed an aptitude for big air theatrics. Callister followed up his ninth place finish with a third place podium at the World Cup in 2015 at Park City and a sixth place spot at the World Championships in Austria that same year. In 2016 Callister qualified for the X Games halfpipe finals in Aspen, but withdrew after sustaining a concussion during a first-run fall. Several strong subsequent finishes have Callister well positioned for 2018. He remains a member of the Australian Park and Pipe team and is positioned to qualify and compete again in PyeongChang, bringing a dash of Central Oregon freestyle to South Korea. 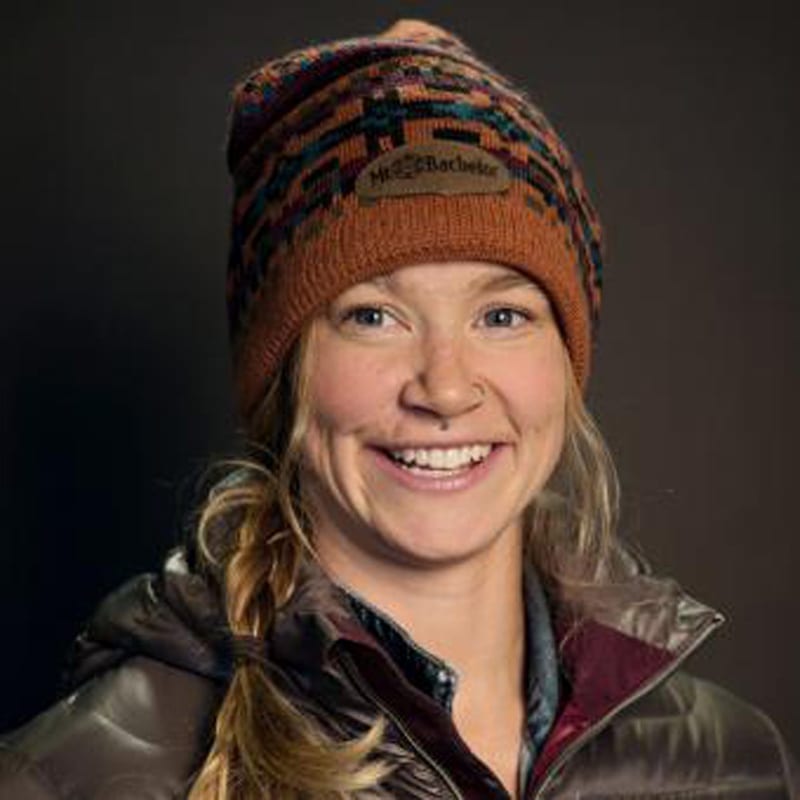 The Olympics run in the blood of alpine ski racer Laurenne Ross. Her father was a professional ski racer in Canada, and her grandfather was on the 1952 Canadian Olympic hockey team. But Ross has made a name for herself in women’s downhill and super-G on the U.S. Ski Team. Born in Canada and on skis by two years old, Ross has dual citizenship and moved to Bend when she was 7. She earned her stripes racing at MBSEF and made the U.S. Ski Team when she was 17. Now 29 and based in Bend, she’s ranked the sixth best downhill skier in the world and is aiming to make her second Olympic appearance. She made it to Sochi in 2014 and placed eleventh in the women’s downhill, but she’s only gained speed and skill since then. A traumatic knee injury during the last race of the 2016-2017 ski season prevented her from skiing for six months, but the multitalented athlete (she’s also an art student at University of Oregon) is determined to make it to the Olympics again this year. For Ross, it all comes down to the mental game, and if the last few seasons are any indicator, she’s got that part down. 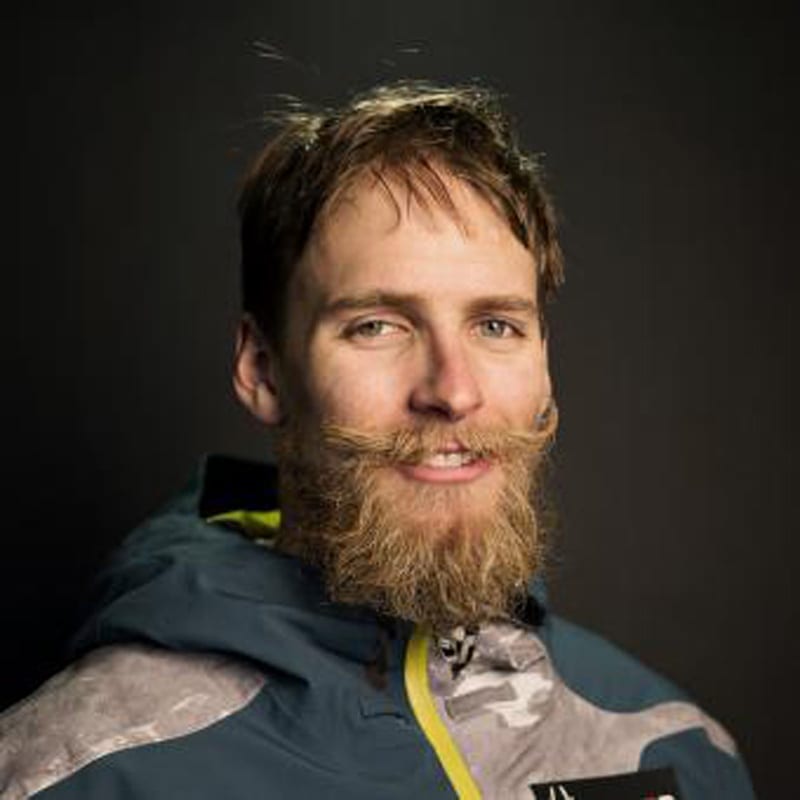 Tommy Ford recently landed in the top ten at a World Cup giant slalom race in Colorado—a career best—putting him on the path for a career high in the 2017-2018 ski season. It’s been a long road back for Ford who suffered a serious injury while skiing in France in 2013, but one that Ford hopes leads to the slopes of PyeongChang and another shot at Olympic glory. A graduate of Summit High School and Bend resident since the age of 2, Ford, 28, skied with MBSEF at Mt. Bachelor and made the U.S. Ski Team in 2008. After a storied amateur career that included a second place finish at the World Junior Champioships in 2008, Ford defied critics and punched a ticket to Vancouver in 2010 in giant slalom, one of his specialties along with super-G. A freeskiing injury scuttled his hopes for an Olympic encore at the 2014 Olympics in Sochi, but a major comeback in 2015 catapulted him to a second-place finish in giant slalom at the U.S. Alpine Championships at Sugarloaf in Maine last year.

Ben’s ascent into snowboarding’s elite began at age six on the curvy slopes of Bachelor. A knack for big, stylish airs gradually appeared, and Ben stacked up wins as a junior. By 2013, he had made the U.S. Snowboard Halfpipe Team and became a respected name in the world of professional snowboarding. Soft-spoken and mellow, Ben nonetheless works hard on every angle of his career, and is self-competitive as an athlete. This explains his new-found fascination with freeriding in Alaska, where his truest instincts as a snowboarder come into play. Catch a glimpse of Ben’s chops in his latest film, Hail Mary. 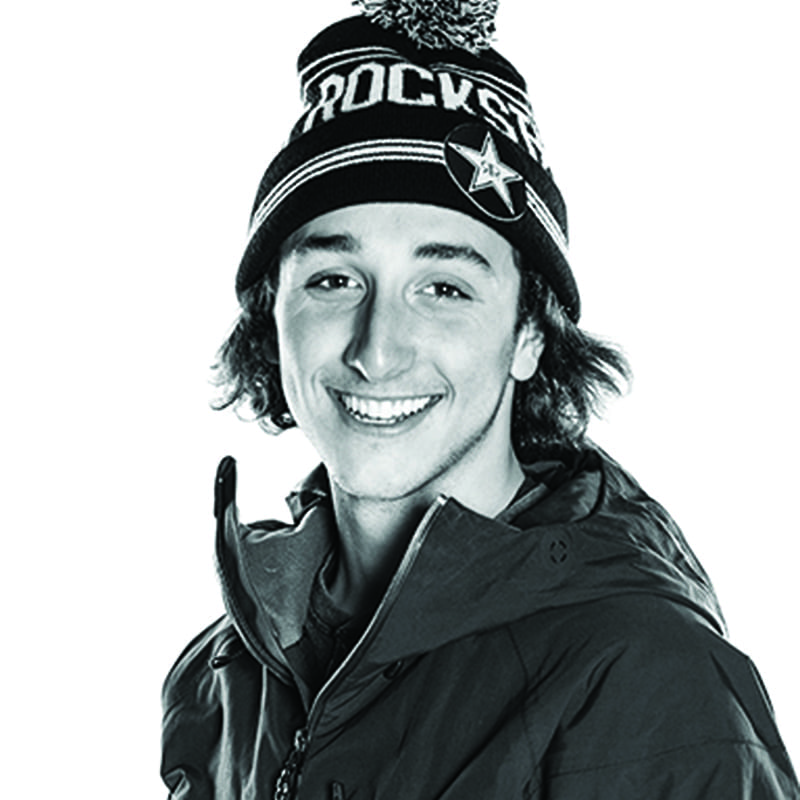 Little brother of Ben Ferguson, Gabe belongs to the up-and-coming younger generation of mind-blowing snowboarders. Bachelor’s terrain, like a mountain of natural halfpipes, raised Gabe from age 4. Now a U.S. Snowboard Halfpipe Team member, Gabe is rewriting the way tricks are done, like frontside 540 nose grabs. On and off the hill, Gabe is too relaxed to worry much. He keeps his stress level low. Gabe’s riding style looks slow-motion, while brother Ben’s is explosive. No wonder the two took first place for their doubles run at the 2015 Red Bull Double Pipe event in Aspen. Gabe’s career has just taken off. 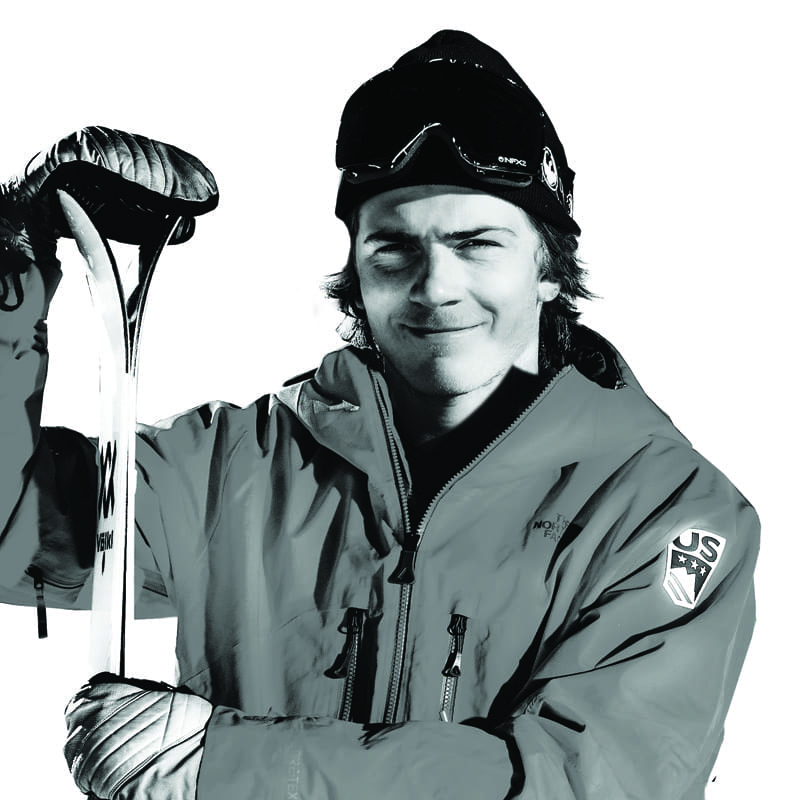 As a U.S. Ski Team Freeski Rookie Team member, Hunter starts the season in 2017 ranked fourteenth in the world for halfpipe. Bachelor’s natural transitions and an MBSEF upbringing helped shape him into a freeskier on the verge of Olympic fame. His confidence draws on a deep love for skiing, and a devotion to the halfpipe, where he’s busy perfecting right-side double corks and learning new grabs. A competitive nature, methodical training and a keen sense of comic relief have Hunter on track to take podiums and Olympic medals in the near future. Beyond that, Hunter plans to debut soon in major ski films, and to spend more time street and powder skiing. 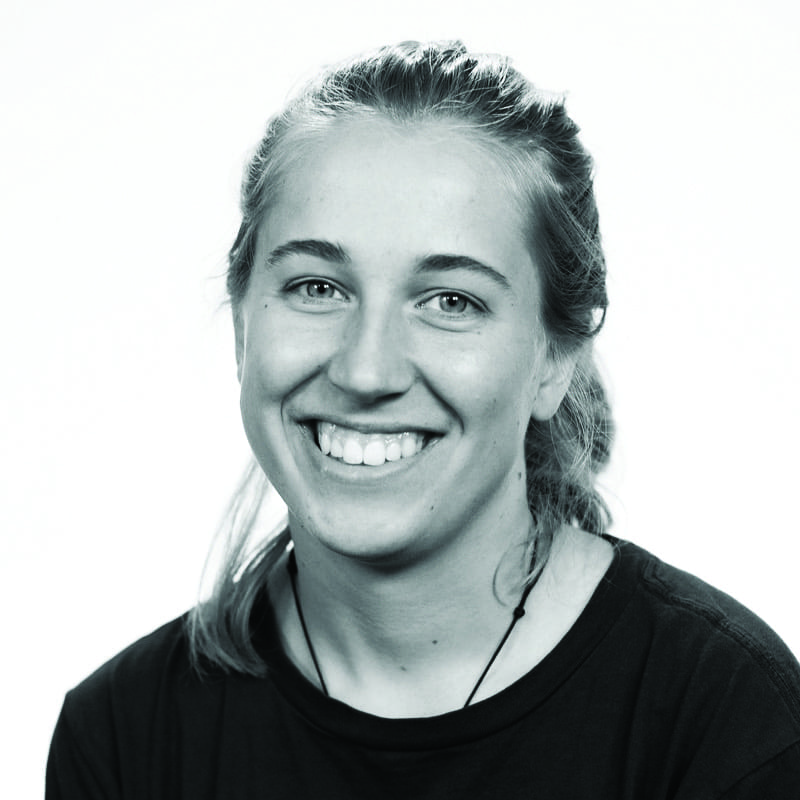 The youngest of Bend’s U.S. Freeskiing Rookie Halfpipe team, Anna is a soft spoken high school student who has quietly risen the U.S. freeskiing ranks. She has plenty of opportunity ahead to impress judges. Before she was old enough to drive, Anna snagged a halfpipe bronze medal at the 2015 FIS Junior World Championships in Italy. Now she’s looking to enter the top twenty as a women’s halfpipe skier. Anna trained independently on Bachelor to become a professional skier, a testament to her work ethic and inherent talent. A happy-go-lucky attitude and polished manners make Anna a great ambassador, while her freeskiing speaks fiercely for itself. 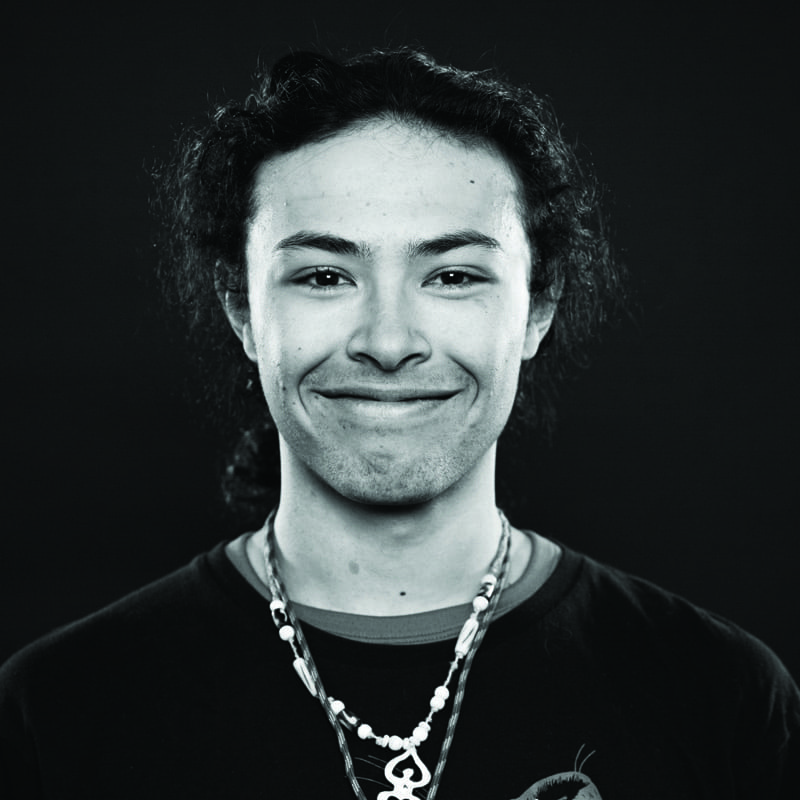 Jake brings a free-spirited style to the U.S. Ski Team. An early childhood spent in Hawaii explains his flair. Unique grabs and a whole lot of flow put the spotlight on Jake’s skiing, although his humble nature shies away from hype. Heading into his third year as a Rookie Halfpipe Team skier, Jake looks set to represent his Bachelor roots with plenty of podium finishes. MBSEF coaching focused Jake’s incredible athletic ability and talent, while his originality as a freeskier bodes well for a future of filming and pushing the evolution of his sport. 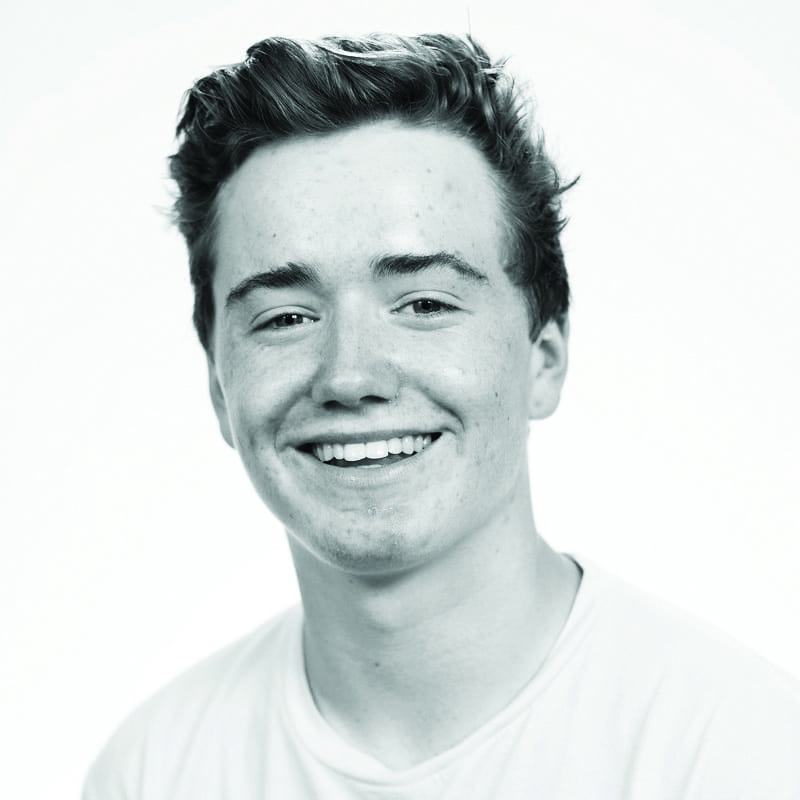 Jacob’s halfpipe skills and confidence are high enough to win titles. He proved this as overall champion on the Revolution Tour in 2014 and by making the U.S. Ski Team Rookie Halfpipe squad last season. Although Beebe trained in Sun Valley, he also attended Bend’s Summit High School where he was an honor student. Bachelor’s natural features taught Jacob how to blast airs, and a twelfth place finish at the 2016 X Games in Oslo proved he could compete at freestyle skiing’s premiere events. When he’s not traveling the world to ski pipes and powder, Jacob studies business at the University of Utah.