You are here: Home / Business / Mike Hollern’s Influence is Everywhere in Bend, and He’s Not Done Yet

Brooks Resources chairman, Mike Hollern, decided to stay in Bend for a while to see what happened. That was fifty years ago. Today, the creative developer’s influence is everywhere, and he’s not done yet. 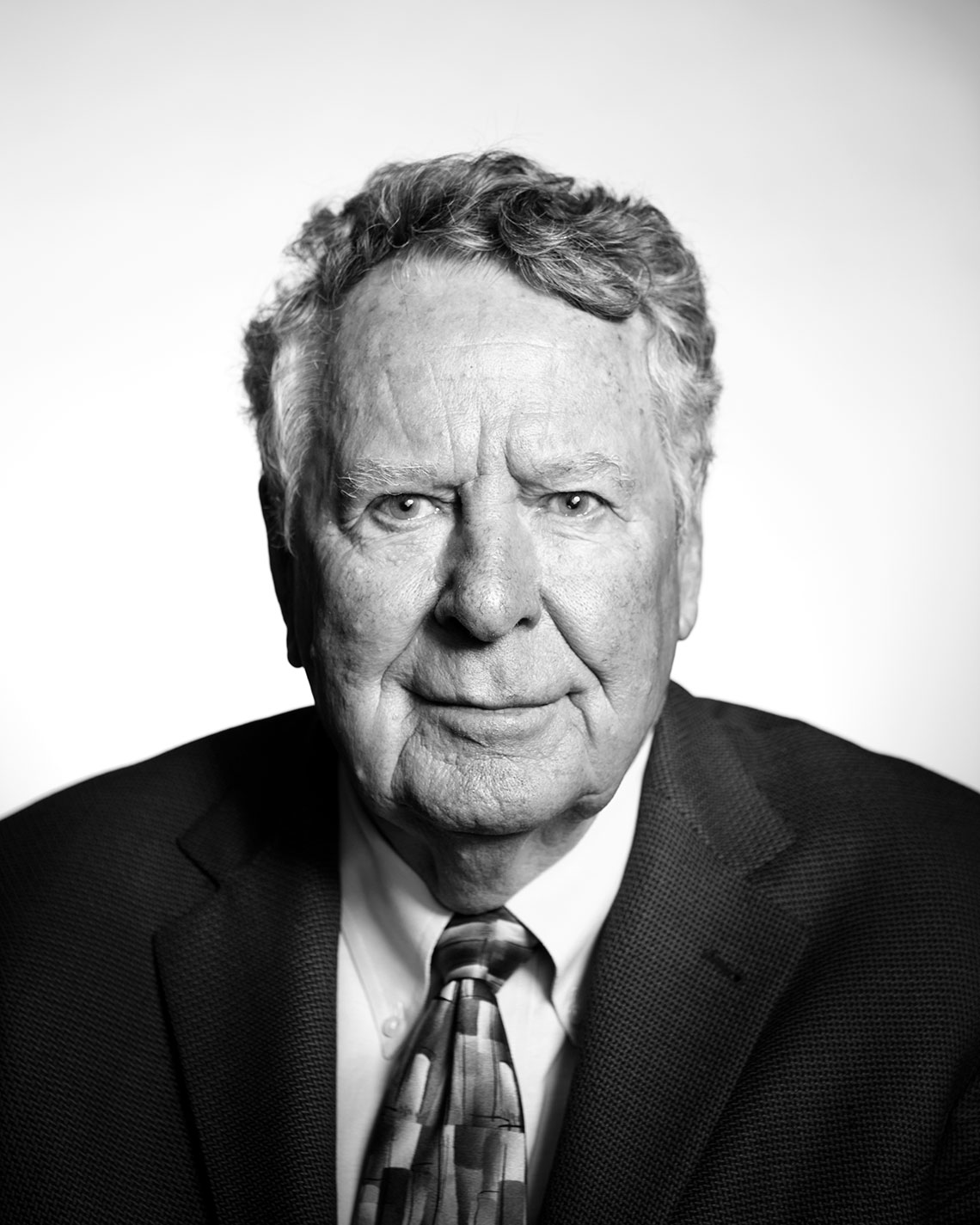 By many metrics, Mike Hollern leads a conventional life. He works in an office that was once, in fact, a convent for a quiet order of nuns from the St. Francis Parish. He wears knit sweaters, collared shirts and khakis to work. He has chosen not to accessorize his life through decorous eyewear, as many people do these days. He has not gone completely mobile. He has an office phone and answers it instead of hiding behind layers of staff or technology, as is today’s emergent protocol.

“We’ve got to do something about the roads. The road situation is deteriorating,” Hollern told me from a small conference room. There’s no alarm in his voice but the tone of someone who has navigated similar problems before.

I ask him how we’ll fund it. “I support a gas tax. It borders on a no-brainer,” he said. Inside I smiled, remembering that Hollern was never someone who is afraid to call for a tax in the face of a local anti-tax sentiment. No matter how the city ends up funding what appears to be a massive deferred-road-maintenance bill, the man who has had a creative hand in shaping Bend over the past fifty years will be a part of the process.

His profession as a developer is almost never mentioned in the same paragraph with the term “creativity” unless prequalified by its absence. Nonetheless, it’s Hollern, chairman of real estate development firm Brooks Resources, who has quietly led an artful revolution of transforming a lumber town of chokes and chainsaws into one of recreation and roundabouts, of higher-use and higher-ed, of artworks and aesthetics.

When we talk about growth in Central Oregon, Mike Hollern’s contribution is both obvious (Black Butte Ranch, Awbrey Butte) and subtle (the High Desert Museum and roundabouts). His influence is ubiquitous today, but his story is one that began one hundred years ago. Going back to the early days, Brooks Resources was Brooks-Scanlon, a logging company based in Minnesota. Bend was a dot on a map surrounded by green. Some of the nation’s largest timber barons operated in Minnesota, where they were quickly running out of timber as World War I was in the works.

Brooks-Scanlon Lumber Company—of which Hollern’s mother’s family, Pauline Brooks, was an owner—looked west and to Bend, where trees were abundant. In 1911, the golden spike was driven into the Oregon Trunk-Des Chutes Railroad tracks that would begin transporting logs and lumber from Bend to bigger markets north and east. What is now the Old Mill District was once the venue of Brooks-Scanlon and Shevlin-Hixon, two Minnesota-based sawmills on opposite sides of the Deschutes River.

There in Minnesota, Hollern grew up. The Land of 10,000 Lakes was known more for its water than its lumber. Many of these lakes froze in winter, creating the playing surface for Minnesotans’ pastime of hockey. It was this sport that sent a young Hollern to join other Minnesotans at Dartmouth College for his undergraduate years. In his junior and senior years there, Hollern was one of the top scorers for a team that would win the Ivy League in 1959 and 1960. For good luck, number 21 would call his fiancé, Sue Ungar, at Skidmore College before every game.

After Dartmouth, Hollern and his new wife, Sue Ungar Hollern, eventually moved to Palo Alto, California where he pursued an MBA at Stanford University while continuing his hockey career with the semi-pro San Francisco Shamrocks in Berkeley. “That consisted of practicing for half an hour on Sundays at 5:30 before a 6:30 game,” Hollern said. “I think the team provided the uniforms and the beat-up rented arena. We needed gloves, skates and medical insurance.”

Hollern had worked a couple of summers in Bend for Brooks- Scanlon, but the couple’s move here in 1965 was more exploratory. “We made a promise to each other—we give it two years,” Hollern recalled with a laugh. “If either of us wanted to leave, we’d go. I didn’t have great visionary thoughts at that point. I just thought it was a great place to be. Bend was a marvelous opportunity.”

In 1965, Bend’s population was approximately 10,000. Because many mill workers were Scandinavian, winter sports and skiing were important to Bend’s residents. Lumber workers Nels Skjersaa and Emil Nordeen are just two prominent names in Bend’s early ski legacy. There were skiing competitions on Pilot Butte and Bachelor Butte. Frank Cammack, a lumber broker for Brooks- Scanlon coached the Skyliners ski team. 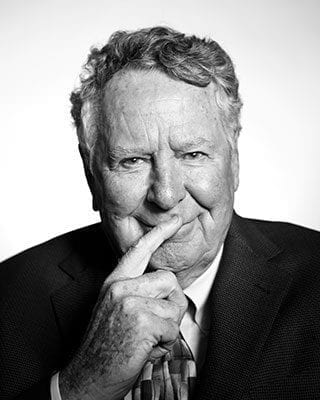 Black Butte Resort was Hollern’s freshman project. Brooks Resources owned most of the land that would become Black Butte Ranch but needed the state’s regulatory blessing and a crucial road frontage easement to make it work. He recalls sealing the deal on the land from a meeting in a bar behind Portland’s airport. That day, the Minnesota Vikings were playing a Kansas City Chiefs team led by quarterback Len Dawson in Super Bowl IV. Hollern lost a $5 bet on his beloved Vikings but came home  with the final piece of land that would become Black Butte Ranch.

From 1970 to 1980, Brooks-Scanlon went from being a $10 million company to a $100 million enterprise, Hollern said. Brooks Resources spun off from Brooks-Scanlon in 1979, with Hollern as its chairman. This new entity was, indeed, in the real estate business and soon began shaping Central Oregon’s landscape. There was Awbrey Butte, River Wild at Mt. Bachelor Village Resort, Tollgate in Sisters, Yarrow in Madras, NorthWest Crossing in Bend and roundabouts.

Maybe he saw the first American incarnation of a roundabout in Berkeley as he drove to the Shamrocks arena in the early ’60s, but Hollern clearly recalled the traffic-calming devices in Europe after a vacation abroad. Traffic was the main roadblock for the City of Bend to allow further development on the west side. Hollern devised a plan through which developers would build them with their own money and gradually get paid back by the City of Bend.

Soon roundabouts were everywhere with art pieces set in the middle, including the so-called Flaming Chicken. In its typical curiosity-about-the-Western-cousins-style, The New York Times took an editorial interest in Bend’s roundabouts in a piece in December 2002.

That same year, sociologist Richard Florida published a book— The Rise of the Creative Class—whose premise Hollern quickly embraced. The author best summarizes his thesis as, “Access to talented and creative people is to modern business what access to coal and iron ore was to steel-making. It determines where companies will choose to locate and grow …”

While Hollern doesn’t think of himself as “particularly creative,” the notion behind The Rise of the Creative Class resonated with him. “I just thought it made a lot of sense to think about economic development in a different way than just developing shovel-ready industrial sites and providing tax subsidies to lure employers,” he said. Projects such as the mixed-use NorthWest Crossing, Prineville’s IronHorse, marketed as desert dens for creative pursuits, and others fit easily into this philosophy.

As integral as he has been to the growth of Central Oregon, the Brooks Resources chairman rarely emerges from his professional role. Hollern, nonetheless, has sometimes stepped up in support of art, culture and human equality, but always with a forward-looking perspective. For the Basic Rights Oregon campaign that helped bring about legal equality regardless of sexual orientation in Oregon, Hollern’s voice becomes one with Creative Class. “We know that young, bright people gravitate toward areas that are perceived as tolerant and open,” he wrote in support of 50 Voices for Equality, an equal rights advocacy group. “So if our communities do not adopt principles and legislation demonstrating our tolerance of all sexualities, we’ll be losing that influx of people.” 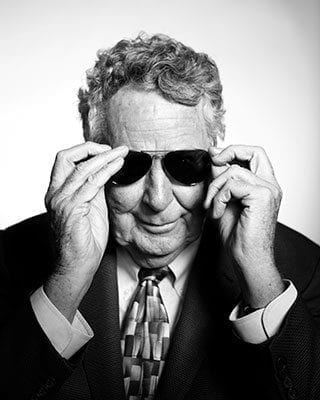 One high-profile project that combines many of Hollern’s passions for community building is that of the OSU-Cascades campus. The Brooks Resources chairman is on the site-planning advisory committee of the new four-year university. Its location, on Bend’s west side, has become a source of public controversy, with one group calling for its removal to a tract of land on Bend’s outskirts.

OSU-Cascades president Becky Johnson worked with the site planning committee of five developers, including Hollern, to choose the final site for the campus. “When Mike looks at the campus, he looks at it from a community-building perspective,” she said. “He always has a bigger picture of how you can do business but make your community a better place to live.”

Despite owning no piece of these parcels, Hollern argued for an integrated campus on Bend’s west side, where non-motorized transportation would prevail. Central Oregon’s greatest opportunity going forward, he said, is helping Oregon State University-Cascades grow to provide opportunities, stability and a culture increasingly built around education.

“I’m inclined to think that we’re on the brink of greater growth,” he said. “I think the economy will continue to diversify. I still worry about the lack of racial diversity and the lack of affordable housing.”

Share This Article
« Al Fresco Brews
Get Out of the House »