You are here: Home / Home / Make Some Elbow Room Outside Your Home

The “Elbow Room” appeals to anyone who wants to get away from it all—but mostly to women. 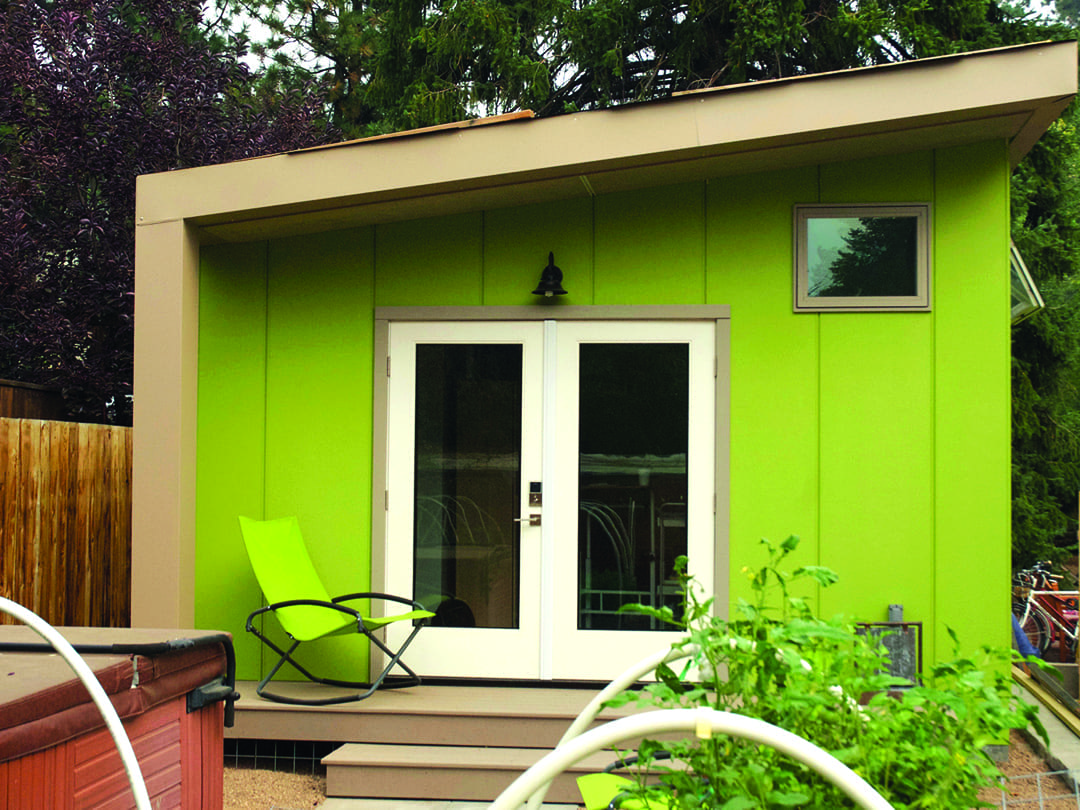 It was Virginia Woolf who first coined the phrase “a room of one’s own,” and what woman—especially those who have shared homes with men, children or pets—hasn’t craved a private space over the years?

Builder Pauly Anderson of Bend responded to his wife’s desire for her own space and created the Elbow Room, a freestanding, self-enclosed and very small building. He’s built five 200 square foot Elbow Rooms in Bend so far, and though he doesn’t restrict his clientele by gender, he said it’s mostly women who are reaching out. Some see the Elbow Room as perfect for an art studio or yoga space, some for a small office or place to escape from the kids. 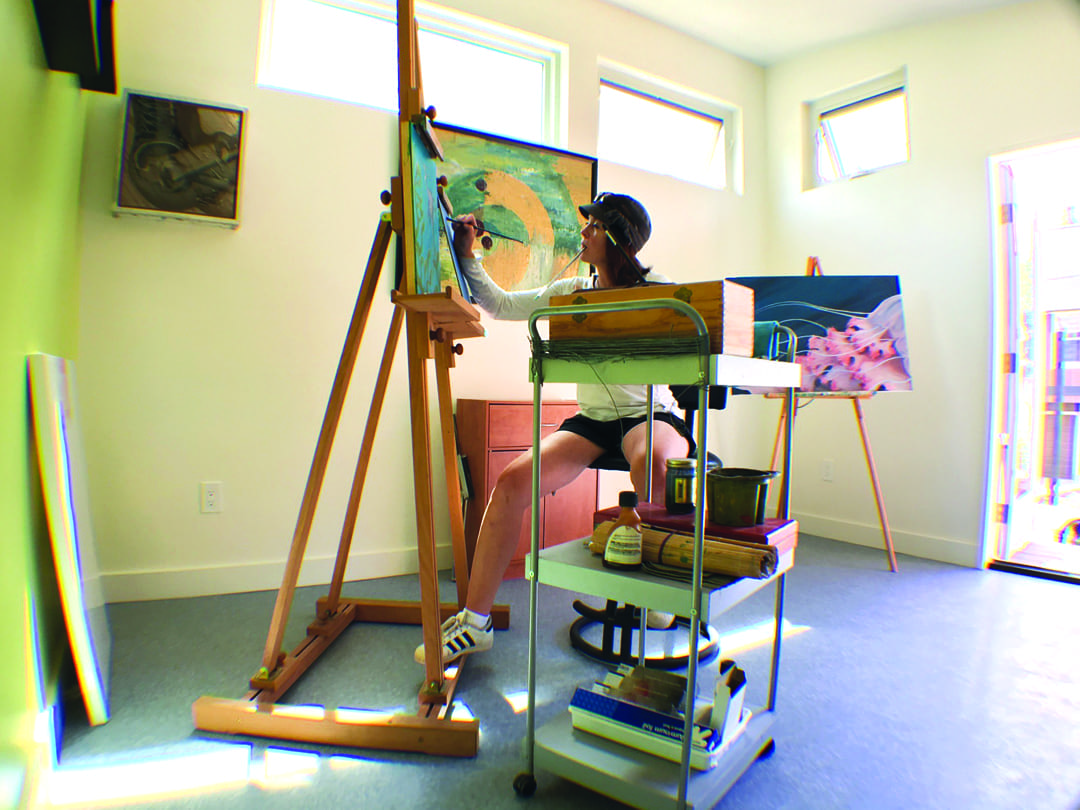 “Men want a larger space, a dirty garage,” he said. “Women are more likely to want a small, enclosed space, something warm and cozy. I am in conversation with many perspective clients, and most of them are women.”

Anderson is a native North Dakotan and he and his wife Shelly have been Bend residents for nearly a decade. Shelly works as a voice and visual artist. “We have a Jack Russell terrier that likes to bark,” said Pauly. “My intent was to create a space to isolate her from noise.” 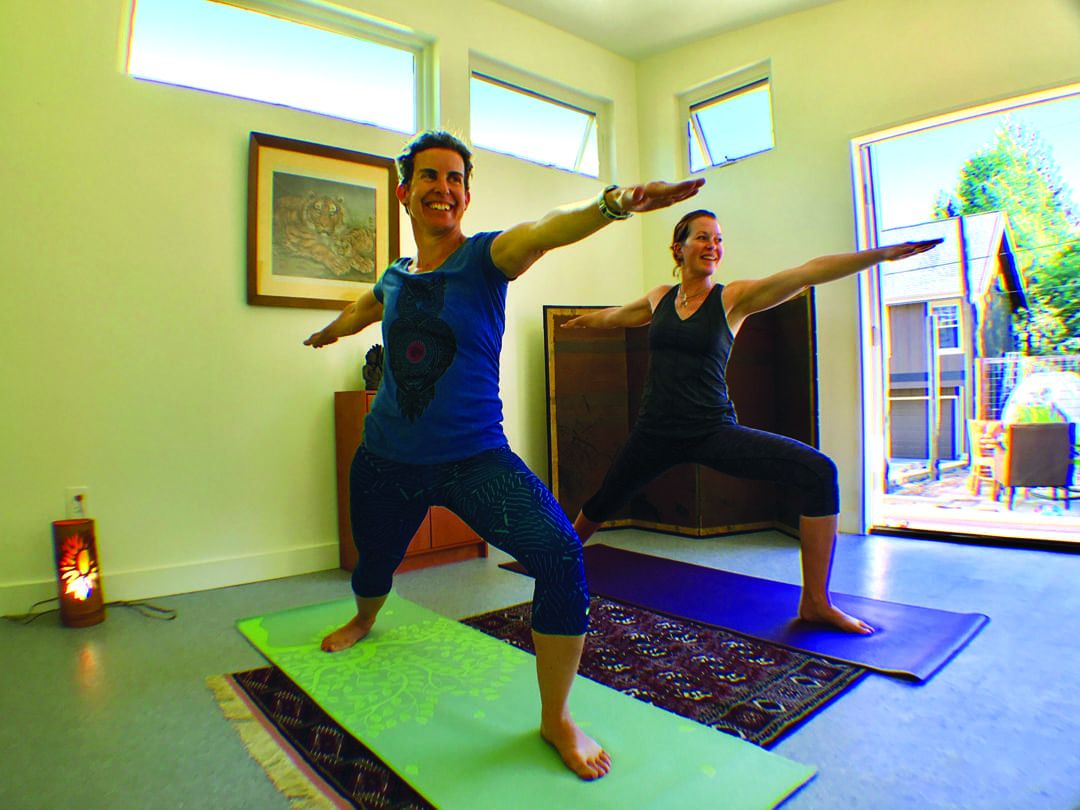 As a professional builder, Anderson wasn’t willing to just throw up a pre-fab enclosure, however. The Elbow Room, while classified as a garden shed in terms of land use (the structure is under 200 square feet and has no kitchen or bathroom), is anything but. “You’ve heard of the ‘She Shed’,” he said. “Those are actually sheds. They have limited use. I want the Elbow Room to be used year-round.” Anderson builds sturdy and beautiful structures beyond the expectations of building code. Transom windows allow light from above while maintaining wall space to hang art. Electric radiant heat in the flooring keeps the space warm.

Shelly spends around six hours a day in her Elbow Room, which stands behind the couple’s west side Bend home. The space, as intended, is cozy and warm, attractive and appealing, with a slanted roof and exterior painted a cheerful, whimsical leaf green. “It’s easy to come to work,” said Shelly. “It’s easy to focus here. I look forward to it.”