You are here: Home / Culture / Heritage / Keep on Motoring: Historical guidebook and exhibit

In the throes of the Great Depression, President Roosevelt had a message to all Americans: Take a road trip and get to know your country. He hoped to divert people’s attention from their daily struggles by highlighting the country’s natural splendor and incredible diversity. His ulterior motive was to encourage people to spend money that could help to jumpstart the nation’s stagnant economy. 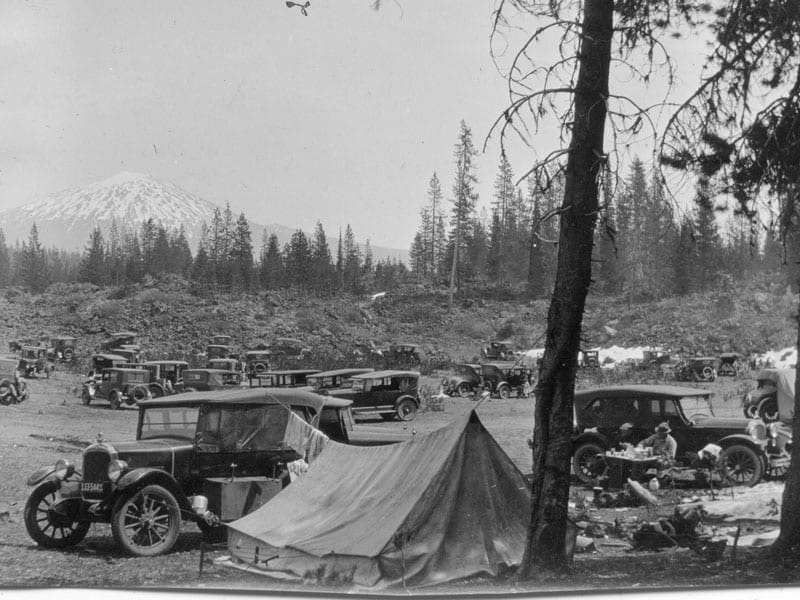 To support the effort, the government developed and published The American Guide Series, a serial atlas that was designed to inspire travelers. The guidebooks spurred a nation of emerging motorized tourists to take to the country’s growing highway network that, for the first time, connected the United States from New York to Los Angeles. In January, our state’s contribution to the campaign, Oregon–End of the Trail celebrates its 80th anniversary.

Traveling the wide-open roads has been an American past-time since the first Tin Lizzie rolled off the Ford plant in 1908. Auto-tourism became a hit in the Roaring Twenties, but the Great Depression put the brakes on travel. Hoping to rekindle the public’s interest, the Federal Writer’s Project, one of President Roosevelt’s New Deal agencies, published a guidebook for every state.

“Guidebooks promised to harness writers for a product that was potentially an economic catalyst,” said David A. Taylor, author of the book, Soul of a People. “Not only would the writers adapt local histories for a general audience, but travel guides could, in theory, generate tourism and local business. This was early in the automobile culture, so references for auto-based travelers could literally open paths for local growth.”

Though designed to portray Oregon to visitors, it is also intended, […] to present Oregon to Oregonians.

The project was imagined by Henry Alsberg, director of the Federal Writer’s Project, and his second in command, Katherine Kellock.

“[Alsberg] pitched his notion of capturing American regionalism, and [Kellock] in turn pitched the idea of having the writers create state guides,” said Nate Pedersen, former Deschutes Public Library Community librarian and a local expert on the WPA guides. “The unique format of the state guides comes out of that pleasant working tension between those two ideas.”

Although there was an expressed wish to have the Washington D.C. version kick off the launch, the first guidebook out was Idaho: A Guide in Word and Pictures, published in January 1937.

Oregon–The End of the Trail was published in March 1940. Oregon Governor Charles Sprague introduced the book, “Though designed to portray Oregon to visitors, it is also intended, […] to present Oregon to Oregonians,” wrote Sprague. 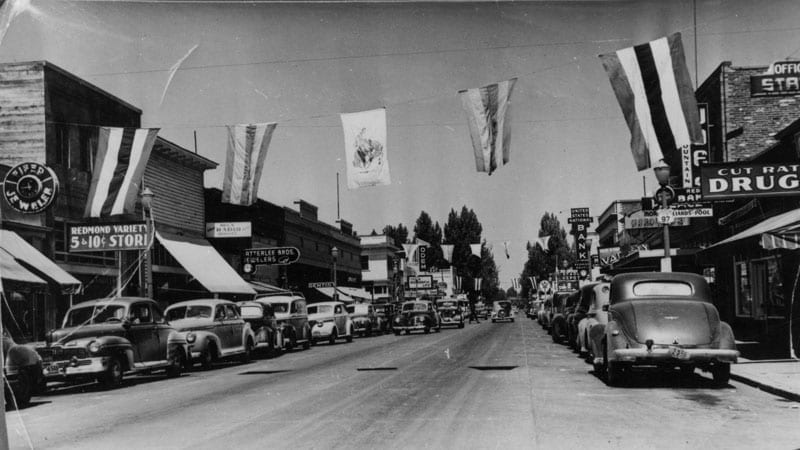 The Bend Bulletin’s editorial board was not impressed with the book. Led by owner and Roosevelt critic, Robert Sawyer, the paper published a dismissive critique of the Oregon guidebook.

“It is most unfortunate that in a volume that has taken so much work to compile and that must have cost so much, so many inaccuracies should be perpetuated,” the paper wrote.

Perhaps Sawyers’ bad review was due to feeling slighted. Neither the Bend Bulletin, nor the newspaper-owned KBND, were mentioned in the “Newspaper and Radio” chapter of the Oregon guidebook.

A guidebook about Oregon, with suggested “tours,” may feel quaint in an era when everything is available on Google Maps. But the guidebook offered more than just driving directions. It included a chapter on Oregon myths and legends and even a recipe for huckleberry cake. 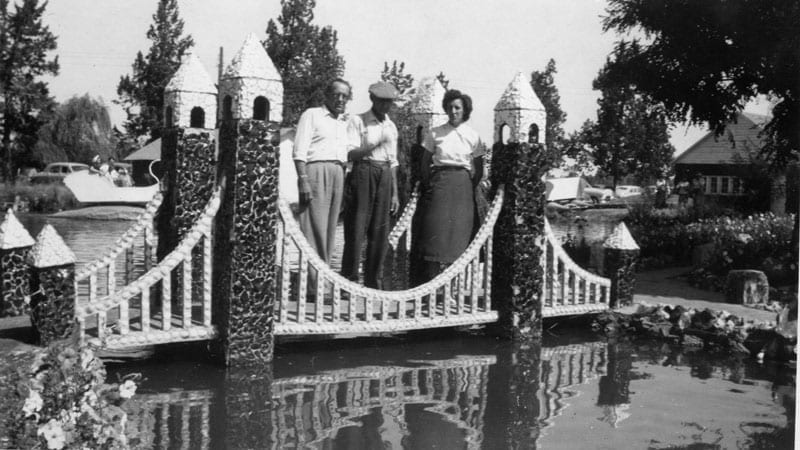 Perhaps surprisingly, the guidebook mentions Bend only in passing as one of the side tours. Portland, Eugene, Salem and other cities along U.S. Route 99 have individual chapters.

“Bend had only been incorporated for thirty-five years when the book came out,” said Kelly Cannon-Miller, director of the Deschutes Historical Museum. “In 1940, the city was a tiny place with some nice hotels, nice things to see, and two enormous mills, but not enough history at that point to rank us on a chapter.”

Bend may have not merited a full chapter at the time, but the WPA guidebook is getting the royal treatment from the Deschutes Historical Society, which is paying tribute to the publication’s 80th anniversary with an exhibit about motor travel and tourism called Crusin’ 97. Included in the exhibit are the Oregon guidebook’s local travel suggestions for exploring the Dalles-California Highway 97 and Century Drive.

If you’re planning to use the publication as a travel guide, you may want to cross-reference the information with contemporary resources like AAA or the Central Oregon Visitors Association. Those publications are more likely to include such “new” attractions as Mt. Bachelor ski area (just sixty-one years old this season) and Sunriver Resort (only fifty years old). But if you’re looking for a snapshot of a young nation on the edge of a motorized revolution that helped to forge America’s identity for the next century, you’ll find plenty to explore.