You are here: Home / News + Features / Lesson’s From Oregon’s (Failed) Effort to Woo the Winter Olympics

As Oregon’s top athletes gear up for the Winter Olympics in PyeongChang this year, we look back at the history of Oregon’s bid to host the games. 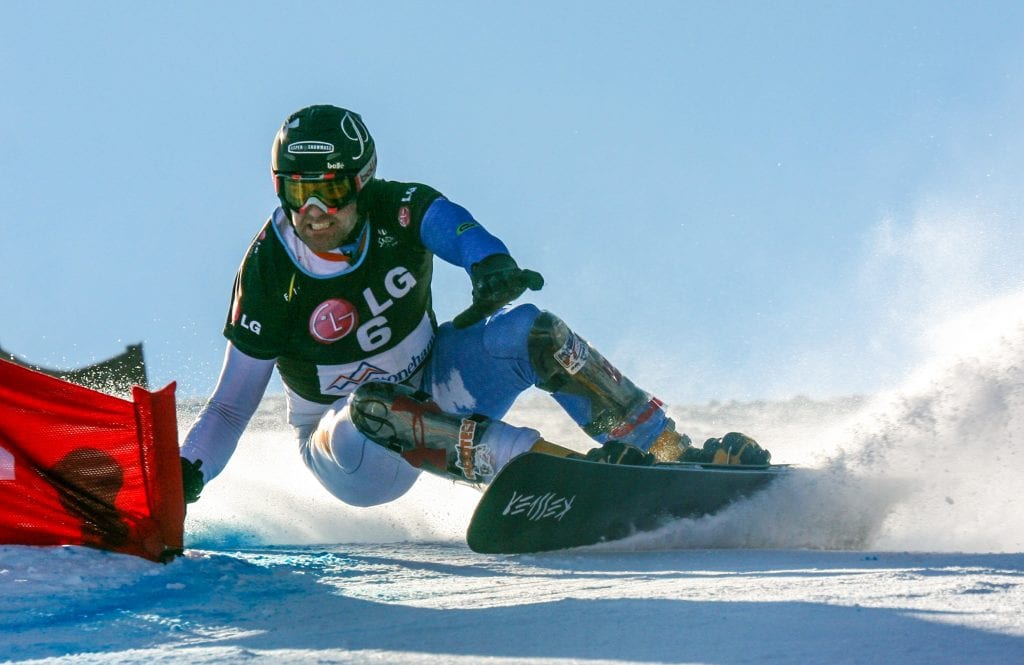 Come February all sporting eyes will be on South Korea—assuming Kim Jong Un doesn’t nuke it first. These Games give the South Koreans a chance to show the world they do more than just kimchee and K-pop and that they have a winter sports culture, too. But let’s get real, if seaside Sochi was a stretch, then South Korea doesn’t seem much better.

Let’s do some comparing. PyeongChang, like Bend, has an outdoorsy vibe with a river and trails and cars crowned with roof racks, but unlike Bend, PyeongChang is not a single town but a collection of them. Taken together, they have about the same population as we did circa June 1999, or about 44,000 people. Their mountains, the Taebaeks, are no Cascades at about 5,000 feet. And though PyeongChang does have more ski areas than we do, you could fit every one of theirs into our one, all at once. Snow? We got you there, chingu. In Korea, powder usually refers to what you put on your face. So if South Korea can pull it off, why not Oregon? The U.S. Olympic Committee is lobbying to bring the Winter Games back to home soil. So how about it, why not Bend 2038?

“Well, we did host the National Beard and Moustache Championships here,” joked Kevney Dugan, president of Visit Bend. “The Olympics would be fascinating but, I mean, just some of the basic requirements for something like that, where would we even start?”

The question, it turns out, isn’t “where” so much as “when,” and the answer is a hoot: 1984. That’s the last time someone got serious about trying to bring the Winter Olympics to Oregon, while noting the events that could come to Bend.

The story of the time the Olympics nearly came to Bend but didn’t starts with one Sam Lackaff, a Portlander and general manager of Blue Bell, a potato chip company that Lays would later crush. The Winter Olympics that year were headed to Sarajevo, Yugoslavia, where the Bosnians had to build the starting gate for the men’s downhill on the roof of a mountain-top lodge just to meet the event’s requisite vertical drop. Lackaff thought if Sarajevo could do it, Oregon could do it. So he took the idea public and mentioned aloud how some of the ice skating events could unfold on Sparks Lake.

Jack Elder laughed when he heard that. Elder had been an Olympic luge athlete at the 1972 Games in Sapporo, where he got fifteenth. After the Games, he moved to Bend to work at KBND, so he knew both Sparks Lake and the Olympics well. “I phoned Sam up and said they don’t do Olympic ice skating on lakes any more,” recalled Elder, now 76 and living in a suburb south of Portland. “Sam said to me, well, if you know so much why don’t you come work with me. So I did.”

Elder rallied Oregon grocery store executives, business leaders and a couple of IRS agents to form a nonprofit called Winter Organization Oregon, or WOO, and together they set their sights on the 1998 Games. The timing was good. Anchorage had just been passed over for the 1992 Games, which ended up in Albertville, France and the United States Olympic Committee opened the bidding up to other destinations. Salt Lake City, Reno and “Oregon” all expressed interest.

By 1988, things were cooking. “No better Oregon project than a bid for Olympics,” boomed an editorial in the Oregonian. “Let’s get aggressive and try to land this gem,” read another a few months later. A survey of 300 mostly-Portland residents found 80 percent of respondents would favor hosting the Games. Lawmakers in Salem freed up $300,000 in matching funds to go toward the estimated $1 million it’d cost to just prepare a bid. All in all, estimates put the total price tag of hosting the Olympics at around $700 million. Could this really happen?

“There were a lot of dreamers back then,” recalled Bob “Woody” Woodward, a former Bend mayor who covered six Olympics as a journalist starting in 1980. “I think everyone was a little starry eyed.”

Even so, Bend roared into the discussion on January 22, 1988, when UMA Engineering out of Portland released a technical assessment looking at where exactly the events could be held. Portland’s Civic Stadium, with some upgrades, could hold the opening and closing ceremonies and an expanded coliseum could house the hockey. It mentions housing athletes on cruise ships moored along the riverfront. Mount Hood would likely get the Nordic events on new trails that’d have to be built along with some of the alpine runs. The Bachelor portions might make you gasp.

Today if you head skier’s right off of Bachelor’s Cloudchaser chair, cruise past Wanoga and drop into what the maps call The Low East, you’ll find the kind of terrain the study pinpointed as ideal for a bobsled course. If you come back around and gaze high upon the West Ridge and all the way down Thunderbird, that would be the Olympic downhill course, though today that route is not quite long enough. And ski jumping? “Mt. Bachelor has potential on a small butte near the main day lodge,” the report noted. That’s right; it’d be on the cone.

In the end, the effort fizzled. Salt Lake City, which would eventually land the 2002 Games, had thrown down more money and mustered more political will. An executive at U.S. Bank in Portland nailed the coffin closed after he pulled Elder into a room and told him that none of the big banks were willing to risk the hundreds of millions of dollars it’d take to make it all happen. They tossed him a bone. If he didn’t blame the banks for the failed bid they’d pay off WOO’s $100,000 debt. No hard feelings, Elder said. “To quote The Godfather, it was just business.”

The idea of Oregon hosting the Olympics still lingers, though. Most recently, Damian Smith, founder of Pepper Foster in Portland, launched Oregon 2028 to explore the idea of bringing the summer games to our state. That effort lost its edge when Los Angeles won, but Smith said the idea isn’t dead but postponed. As for Bend, Dugan and others think the town should try to hold a smaller event like such as an Ironman or a Nordic championship. We have the hotels. We have the terrain. We have the will. Until then, we’ll always have PyeongChang.